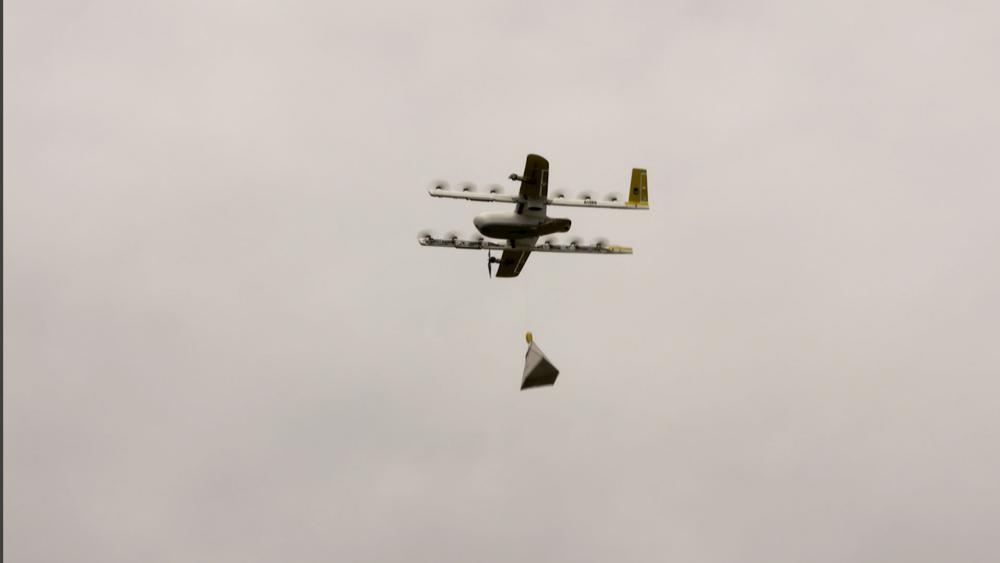 The secretive research and development company known simply as "X Development" operates under Google's parent company Alphabet, and now it's delivering "Project Wing" to your doorstep.

Drone delivery has been in the works for a long time. What's already landing in Australia, and Finland is now hitting the ground in Virginia

Meanwhile, in the US, if you live in a small town in Virginia, you can order a package, and have it delivered straight to your doorstep.

The first drone delivery to a home in the US was caught on camera last month.

"It's a vest!" exclaimed Paul Sensmeier, opening the package in his front yard.

"I didn't think I would either live that long or it wouldn't come during my lifetime. I'm thrilled," said Susie Sensmeier, donning her drone-delivered attire.

Project Wing is confined to a trial area of about four miles. Yet not everyone in Christiansburg, VA will get this home delivery service.

"I want to sign up and I would if it was available," said Nancy Schwab, who lives just outside Project Wing's current reach.

But people here are pretty excited about food, medical supplies, and home deliveries.

"Cold medicine, ibuprofen, things like that is what I would be ordering," said Schwab.

"Walgreens' Chief Innovation Officer Vish Sankaran says next up could be prescription drugs.

"Years back it was about next day, then it became same day," said Sankaran.

By partnering with Project Wing, Sankaran said Walgreens is the first national retailer to offer drone delivery on demand, adding that "with drone delivery, it's within minutes, you don't have all the traffic challenges."

That prospect has FedEx joining in on the fun too.

"The drone will fly as the crow flies," said Joe Stephens, senior vice president of engineering and transformation at FedEx Express.

Drones can be especially helpful in rural areas. There are weather constraints, but Stephens says the prospect of saving gas and saving drivers from long hours on the road is a huge benefit.

"You don't have to worry about if a road's been plowed," Stephens said.

Given that drone delivery is likely inevitable, the Federal Aviation Administration is working with the Mid-Atlantic Aviation Partnership at Virginia Tech to make sure it's safe.

That mission is helping to ensure the flying robots heading to your way don't fall out of the sky.

"It's our job to ensure safety is paramount," said Jones.

Right now, it's only small packages that are available for drone delivery, but bigger things could be on the horizon.