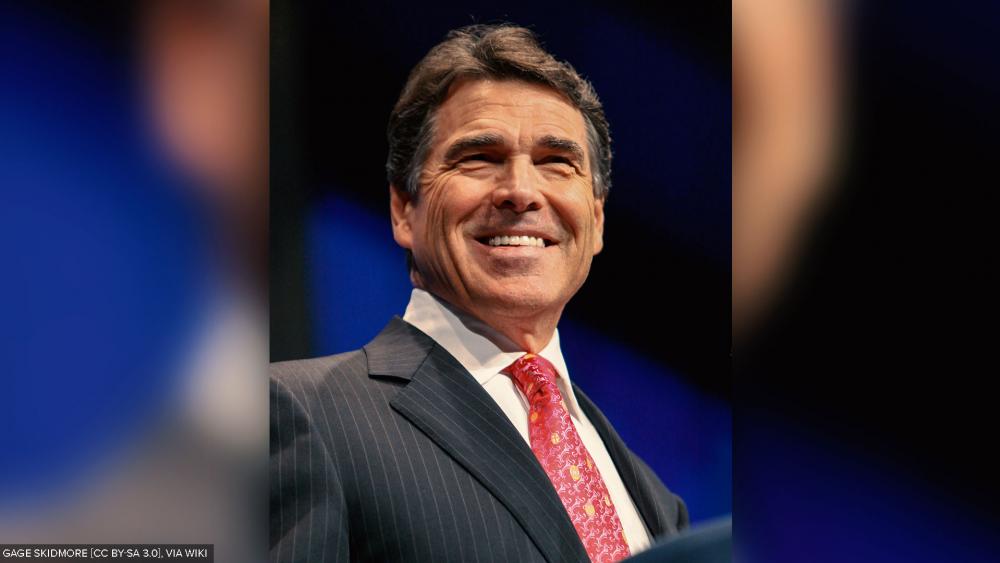 Energy Secretary Rick Perry was the top trend on Twitter for a time early Monday morning, thanks to comments he made about God and President Trump.

Comments that, for the most part, were taken out of context either intentionally or out of ignorance, but either way the message from the media was clearly one meant to mock Perry.

The headline from Huffington Post summed up much of the hysteria, which typically looked something like this: 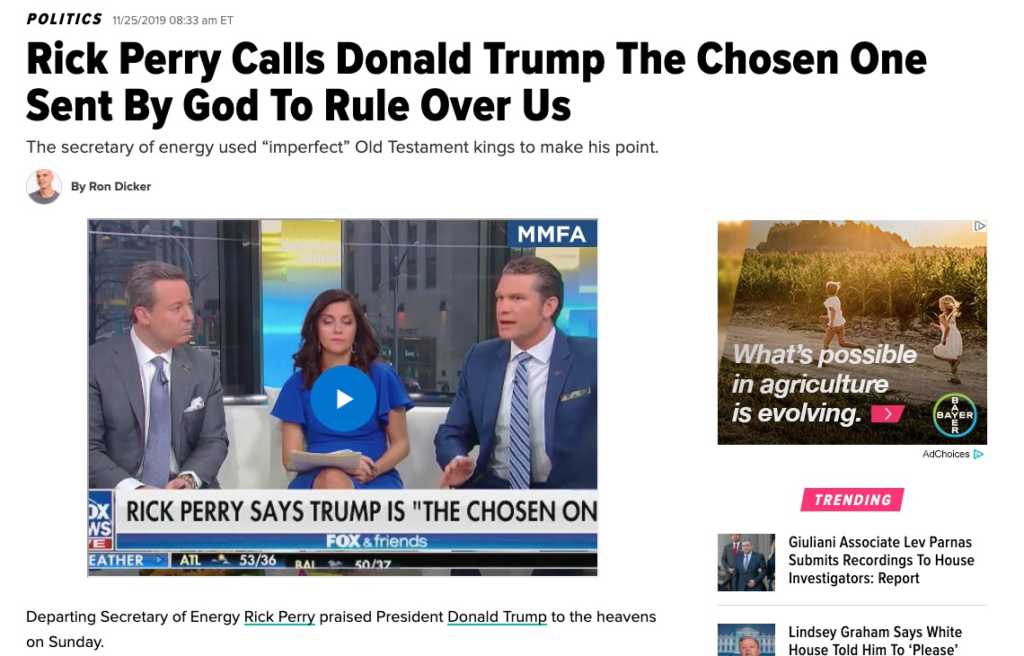 “Rick Perry calls Donald Trump The Chosen One Sent By God To Rule Over Us” is how the headline reads.

At first glance, that does seem pretty outlandish. If Rick Perry really did say such a thing then that would be pretty controversial. But did he? Well, yes — but his comments are being taken pretty far out of context.

This story is a perfect example of why so many people simply do not trust the media and why Trump’s charge of “fake news” resonates with so many Americans. Clearly, the impression most media outlets have wanted to leave people with is that Rick Perry crazily believes Trump is “the chosen one” sent by God, as Huffpo dramatically pointed out.

The outrage comes from a clip aired on Fox and Friends previewing Ed Henry’s interview with Perry:

Fox & Friends preview an interview with Rick Perry, where he says that Trump is "the chosen one" and "sent by God to do great things"

Pete Hegseth: "God has used imperfect people forever," but what Trump "has withstood is unlike what really any other mortal could understand" pic.twitter.com/ITDAErMJiN

The context of the clip, as Henry points out, makes the comments far less controversial than they would seem. Perry appeared to be echoing the Bible, specifically Daniel 2:21-22, which reads (emphasis mine):

“It is He who changes the times and the epochs; He removes kings and establishes kings; He gives wisdom to wise men And knowledge to men of understanding. 22 “It is He who reveals the profound and hidden things; He knows what is in the darkness, And the light dwells with Him.”

This becomes evident when considering comments Perry made, beyond what most in the media are reporting. He also said Barack Obama was raised up by God for this time.

“He (Perry) pointed out… he believes Barack Obama was sent by God as well for that moment in that time,” Henry explained.

“You know, Barack Obama doesn’t get to be the President of the United States without being ordained by God. Neither did Donald Trump,” Perry said during the interview, according to CNN.

“I’m a big believer that the God of our universe is still very active in the details of the day-to-day lives of government,” Perry added.

These are not controversial remarks in the least and do not further the comments that some controversial evangelical leaders have echoed in the past about Trump being chosen by God.

Perry is simply stating a fact that is obvious to most Christians in existence today, that Daniel 2:21-22 is true: no rulers rise or fall unless the sovereign God of the universe ordains it to happen.

Another reminder to check out the original source of the story before believing and spreading stories around social media — many media outlets operate on agenda and/or ignorance when it comes to matters pertaining to faith, and they just don’t get the story right.