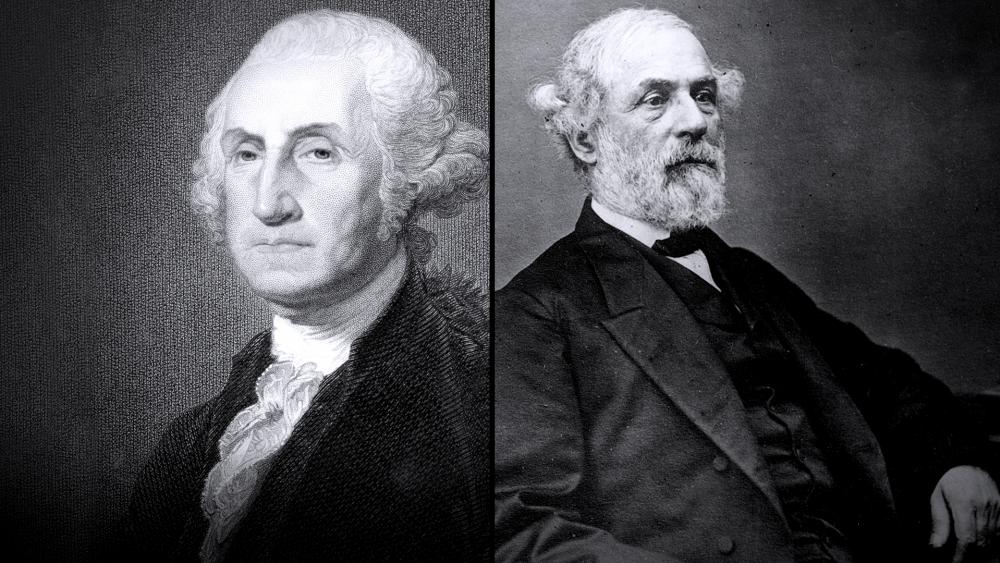 As difficult as it may seem to accomplish, some law students at Washington and Lee University want to distance themselves from the people for whom their school is named and inextricably linked, George Washington and Robert E. Lee, Campus Reform reports.

They are circulating a petition requesting to have the option of receiving diplomas without the portraits of Washington and Lee on them.

The goal, the petition states, "is to create a diploma that alumni are proud to prominently display in their homes and places of work." The no-portraits option, the petition reads, would allow graduates "the ability to honor their alma mater without the presence of the portraits that some may find controversial or offensive."

The petition refers to the 2017 Unite the Right Rally in Charlottesville where white supremacists, neo-Nazis, and Antifa fascists violently clashed. Among them were marchers whose goal was to stop the destruction of a statue of Robert E. Lee. One young woman was run over and killed by a white nationalist. In the aftermath of this tragedy, the W & L students believe this altered diploma is necessary for "making Washington & Lee an inclusive and compassionate environment to all students..."

But a number of alumni find this request disturbing and see it as an attempt to break from the historical roots of Washington and Lee.

A W & L alumni group called The Generals Redoubt released a statement saying it "strongly disagrees" with the petition, and that it "is a symptom of strong undercurrents within the University to dismantle the traditions, values, and history of Washington and Lee."

The statement goes on to say, "The removal of the likeness of George Washington and Robert E. Lee, which adorns the offices and homes of many of our alumni is a severe affront to the generous and loyal alumni who respect the character and values of our namesakes. This petition represents a clear demonstration of why The Generals Redoubt is necessary to bring sanity to W&L on behalf of the many very loyal alumni, parents, students and friends of W&L."

According to Campus Reform, at least 175 students, alumni, and faculty so far have signed the petition to allow the no-portraits option. Washington and Lee has approximately 400 law students.