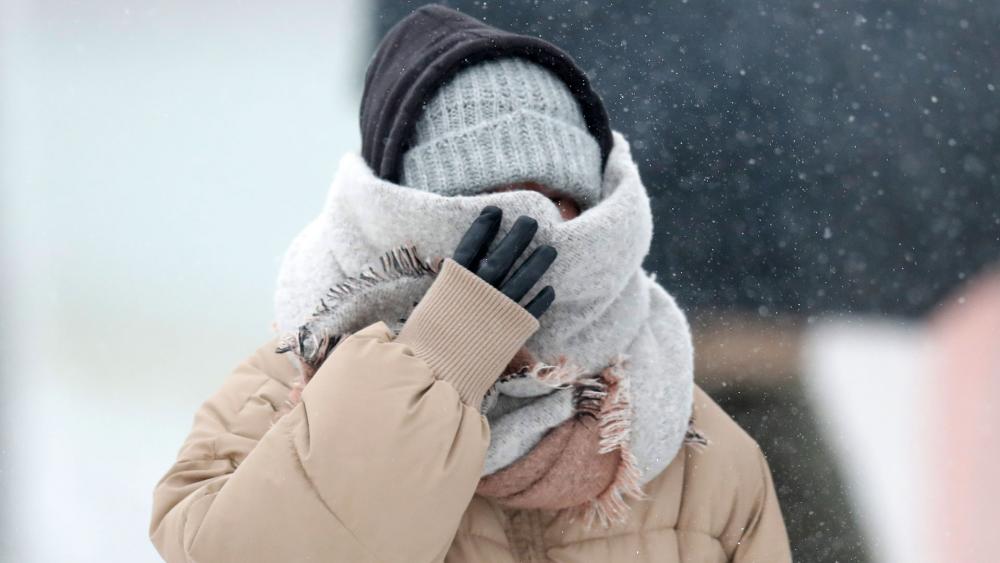 Across a wide swath of the United States, 16 states are under Winter Weather Advisories as a major blast of Siberian Arctic air is pummeling country from New England to the Deep South.

The Arctic blast is unleashing snow, freezing rain, and record low temperatures from Texas to Maine making much of the nation feel a lot more like the middle of January than the middle of November.

More than a month before the fall season even officially ends, millions of Americans like Chicago resident Steve O'Brien have already been feeling the powerful arctic blast, asking, "It's winter already?"

O'Brien had to use an engine cover this morning to scrape the white stuff off his windshield. "There are certainly more graceful methods out there but this was just the hardest, straightest thing I had on me," said O'Brien, a resident of the windy city.

Up to half a foot of snow fell across the Chicago area Monday turning into ice as temperatures plunged by nightfall.

"It's quite invigorating, to say the least," said Dianne Van Wormer, a Chicago commuter. "You get a little nature facial."

The weather led to problems at Chicago's airports, including a plane sliding off a runway at O'Hare.

"When we first hit the ground, the plane wasn't actually stopping, it kept on going, it was sliding on the ice," said Luis Torres Curet, a passenger onboard that American Airlines flight.

Fortunately, no one was hurt in that incident, but more than 1,000 flights had to be canceled due to the weather.

In Detroit, three women were killed Monday in a head-on collision blamed on icy road conditions. In northeastern Kansas, an eight-year-old died when a truck slid on ice and lost control hitting her family car.

In Kansas City, Missouri, firefighters had to work quickly to rescue a man as his car dangled 50 feet off a highway ledge after sliding off icy roads.

Winter Storm Caleb is expected to barrel through the East Coast and Deep South Tuesday with much of the area seeing lows in the 20s, then through parts of Florida and the northern Gulf Coast by Wednesday with lows in the 30s.

When all is said and done, the National Weather Service says more than 400 cold records will be shattered by the end of the work week.