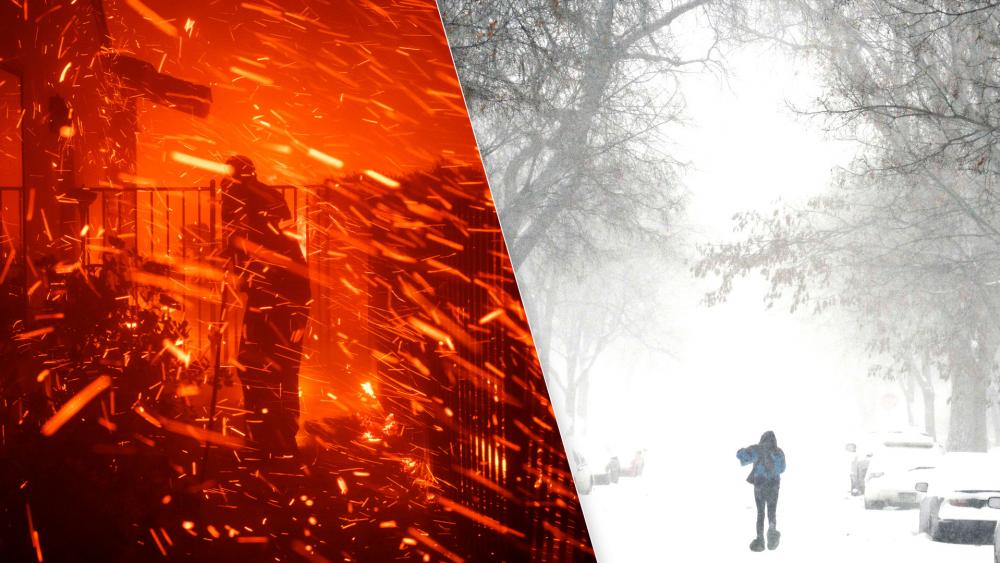 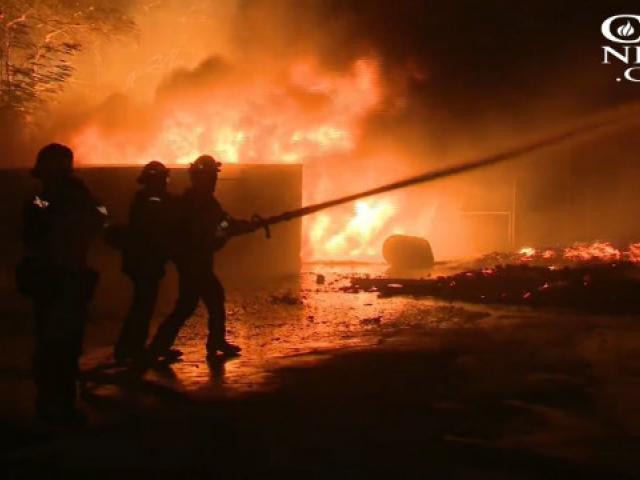 Fire and snow. From raging California wildfires to a blanket of snow over the Great Plains, autumn is in with a bang.

About an hour outside of Los Angeles, dozens of families lost their homes when their neighborhood went up in flames like a matchbox Thursday in an inferno fueled by powerful winds.

"This fire just went completely out of control," a firefighter told a local news crew.

It ignited when some trash caught fire as it was being hauled. The driver dumped the load alongside a road and raging winds quickly spread the embers from there.

"My daughter came running into our bedroom screaming the hill is on fire," says California resident Junaid Mohiuddin.

And there's controversy. Due to dangerous winds several utility companies, including the largest in the region, Pacific Gas and Electric, cut power to two million customers from the San Francisco Bay to wine country.

As heavy winds blow trees and branches across power lines the companies say turning off the power prevents sparks that could ignite fires.

"If there are any sparks that derive from our lines we run the risk of starting a fire," says Don Daigler with Southern California Edison.

Farther north and across the center of the country it's a completely different picture.

From Spokane, Washington, to Denver, Colorado, and back up to Fargo, North Dakota, snow is the story, falling less than three weeks into the autumn season.

Forecasters predict a foot or more will blanket the Dakotas through today.

In Denver, temperatures plummeted Thursday from 80 degrees to 30. At the airport there, 100 flights were canceled while hundreds more were delayed.

In some regions, blizzard-like conditions could persist through the start of the weekend.