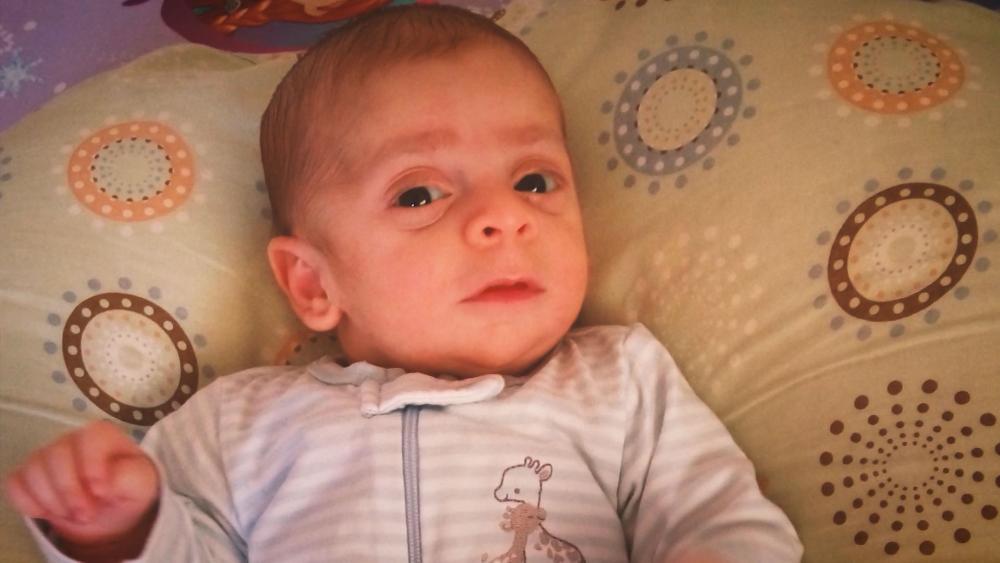 WASHINGTON – At first glance, John Botros appears like a healthy, energetic two-year-old. Sadly there's much more to this toddler than immediately meets the eye.

"The most difficult part for me, seeing my child suffering," said John's mother, Maysam Daryos.

In fact, the entire family's situation difficult as well.

The Worries Began when Their Second Baby was Born

In 2013, Wisam Toma and his wife, both Christians, left Iraq to attend Virginia Commonwealth University where he would earn a Ph.D. in pharmacology and toxicology. During that time, the couple had two children, Miriam and John. The family celebrated at Wisam's graduation in 2018. Behind their smiles, however, they worried.  Worried about their little boy, John.

"He was fine, he was happy, nothing was wrong with him when he was born," Maysam said.

Then, at only six months, John contracted a viral infection. It took about two months for it to go away and left him not wanting to eat. Doctors eventually discovered painful ulcers in his stomach and fluid going to John's lungs. As he began to lose weight, doctors inserted a feeding tube.

"He was not comfortable at all," Maysam said. "He was sad, congested all the time from that tube. He'd sneeze, the tube would come out we'd have to put it back. It was a very painful process. Sometimes blood would come out of his nose, he'd choke."

Baby John gets a Rare Diagnosis

Finally, in July the family got a diagnosis from doctors here at the Children's Hospital of Richmond at VCU that answered some questions but perhaps created even more. John was diagnosed with a genetic disorder called Nicolaides Barraitser syndrome.

"It's very rare. I've never seen a case of it. There are 75 cases in the world," said John's pediatrician Dr. Linda Meloy.

"He needs a number of physicians to work with him [like] neurology, kidney doctors, feeding and developmental specialists that we have here at the Children's Hospital of Richmond."

The Tomas Face an Impossible Choice

Treatment that John certainly would not get back in Iraq, although that doesn't concern government officials there. They want Wisam back because he signed a government contract to receive the scholarship.

"The agreement is if the student doesn't come back home he's going to have to pay back all his due in a lump sum," Wisam said.

Wisam has offered to pay back the loan in installments but Iraq says no. He's reached out to both the US Embassy in Baghdad and the Iraqi Embassy in Washington. Neither can help because of the binding document.

What's worse, Wisam's siblings co-signed the contract and now the Iraqi government is garnishing their pay.

"They say 'I know you are trying your best to help, but you have to come back,'" Wisam said.

"His family back home is in a situation because of us and we care about them, too," Maysam said. "But we had no choice in this situation also. Nobody wants a sick child."

Praying for a Miracle

After being turned down for a loan, the family started a GoFundMe account online but have only raised a fraction of what they need.

"As Christians, we always hold our cross and walk everywhere, like in Psalm 23 'even though I walk in the shadow of death I will fear no evil because You are with me,'" Maysam said.

"So this is our life there, we accept everything but the major issue is John's health."