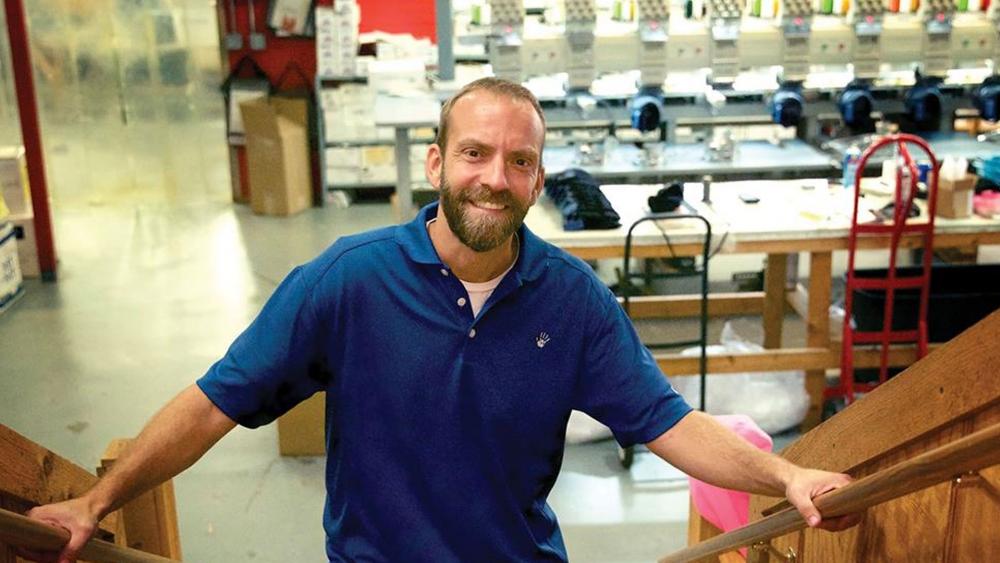 The court found that the Gay and Lesbian Services Organization (GLSO) did not have a legal right to sue Adamson or his business for declining to print a message that violates his religious beliefs.

For more than seven years, Adamson has been battling in court for the right to run his business consistently with his faith.

He faced many setbacks: boycotts against his promotional printing company, Hands On Originals; hateful emails, phone calls, and Facebook comments; and some customers even pulled their business.

Adamson was represented by attorneys for the Alliance Defending Freedom.

"Today's decision makes clear that this case never should have happened. For more than seven years, government officials used this case to turn Blaine's life upside down, even though we told them from the beginning that the lawsuit didn't comply with the city's own legal requirements," said ADF Senior Counsel Jim Campbell, who argued before the state high court on Adamson's behalf earlier this year. "The First Amendment protects Blaine's right to continue serving all people while declining to print messages that violate his faith. Justice David Buckingham recognized this in his concurring opinion, and no member of the court disagreed with that."

In a concurring opinion, Justice David Buckingham said that "Hands On was in good faith objecting to the message it was being asked to disseminate." He also explained, quoting what the U.S. Supreme Court wrote last year in Janus v. AFSCME, that "When speech is compelled…, individuals are coerced into betraying their convictions. Forcing free and independent individuals to endorse ideas they find objectionable is always demeaning…."

No member of the court disagreed with what Buckingham wrote.

"The commission wasted taxpayer dollars and judicial resources by pressing this complaint in the first place and then appealing it all the way to the Kentucky Supreme Court," said ADF-allied attorney and co-counsel Bryan Beauman of Sturgill, Turner, Barker & Moloney, PLLC. "We hope that going forward the commission will respect the free speech rights of its citizens."

As CBN News reported, back in 2012, Adamson refused to print a t-shirt design for the GLSO, which promoted the group's pride festival.

Adamson explained that he could not print a shirt bearing a message that conflicts with his faith. He then offered to connect the GLSO to another printer who would create the shirts for the same price that he would have charged.

The GLSO rejected Adamson's offer and filed a discrimination complaint with the Lexington-Fayette Urban County Human Rights Commission. The commission declared Adamson was guilty of illegal discrimination and ordered him to print shirts with messages that conflicted with his religious beliefs.

In May of 2017, the Kentucky Court of Appeals rescinded the commission's findings, ruling that Adamson is free to decline orders that would require him to print messages that conflict with his religious beliefs.

Then the human rights commission appealed the decision to the Kentucky Supreme Court.

Kathy Trautvertter and Diane DiGeloromo of BMP T-shirts once told talk show host Glenn Beck they had to get involved because "when I put myself in his shoes I could see it from his side."

The LGBT printers realized they could not go against their own social mores and if asked, they "could not create or print anti-gay t-shirts for a group."

DiGeloromo said they know that siding with the printer may cause some concern in the LGBT community but "we feel it's not a gay or straight issue, it's a human issue and no one should be forced to do something against what they believe in."