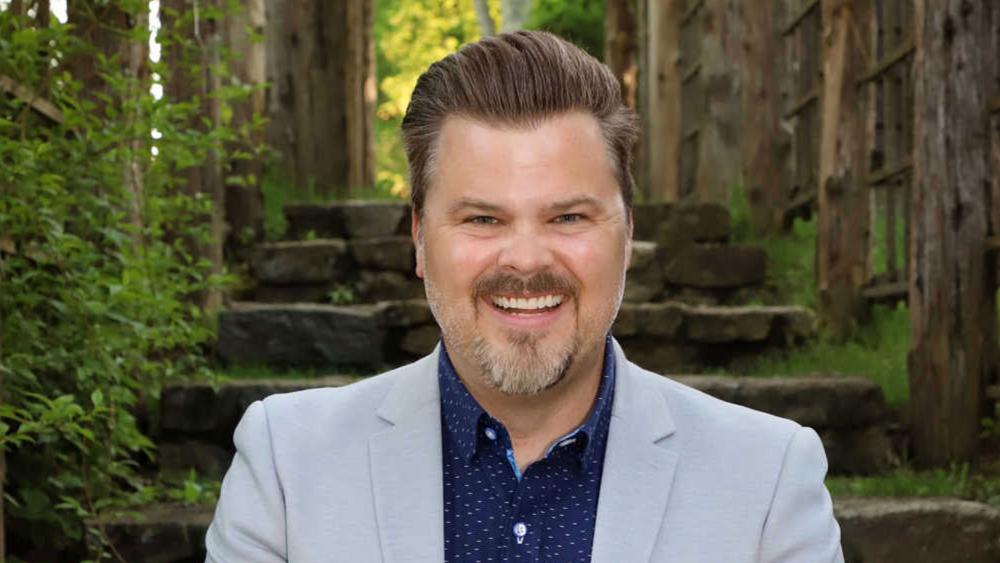 Pastor Tim Lucas is on a mission to equip churches with strategies to saturate their cities for Christ.

Lucas, who serves as the head pastor at Liquid Church, a seven campus church in New Jersey, has watched his church grow exponentially since its start in 2007. The church that began “on accident” has reached 5,000 in attendance, and ranks as America’s 100 Fastest-Growing Churches.

FAITHWIRE: ‘Stop Being Timid’: Christian Author Shares Powerful Truths for Those Too Scared to Share the Gospel

Even though the beginnings were accidental, the growth has been the opposite, with the church focusing on six powerful ministry currents to not only get people in the doors but to make them part of the community.

To write “Liquid Church: 6 Powerful Currents to Saturate Your City for Christ,” Lucas paired up with award-winning researcher and author Dr. Warren Bird to tell the story of Liquid’s unconventional founding, the unforeseen growth, and the ministry tactics they have used to reach communities around them.

In an interview with Faithwire, the pastor and author opened up about why he wrote “Liquid Church: 6 Powerful Currents to Saturate Your City for Christ,” and why you should read it.

“In many ways, Liquid was an accidental church plant and I am an accidental pastor,” Lucas explained. “If you had told me what God had planned for us, I probably would have freaked out and messed up the whole thing. But in his sovereign grace and mercy, God was planning something new.”

In 2001, Lucas and his wife Colleen were asked by the head pastor at the church they were attending to lead a Sunday school class for young adults. The newlyweds started the class in the 150-year-old Millington Baptist Church basement where they tackled topics like “sex, money, purpose, marriage, and more.”

Eventually, the gathering grew so large that the husband and wife team were granted the sanctuary on Sunday evenings to host the gathering they called “Liquid.”

Six years after they first started, the couple, with the blessing of the head pastor, Dr. Peter Pendell, the elders, and the congregation, launched an independent church they named: Liquid Church.

“It was a huge leap of faith to leave our mother church, and I think some folks assumed we would crash and burn,” Lucas shared. “Our success, or even survival, was by no means guaranteed! We launched with a core group of three hundred volunteers and enough money to survive for only three months.”

“We made plenty of mistakes, but our courageous volunteers were faithful and more important, so was our God! Liquid not only survived our initial launch; our fledgling church exploded with new believers thirsty for God’s love and acceptance.”

Liquid’s Desire to “Saturate the State”

The mission behind Liquid Church, and possibly the reason the church’s growth has been so exponential over the years can be accreditated to the desire to “saturate New Jersey.”

FAITHWIRE: New Study Reveals the Amazing Impact Technology is Having on Evangelism

“The vision of Liquid Church today is to saturate our state with the gospel of Jesus Christ,” Lucas explained. “Saturate means to thoroughly soak or utterly immerse something in liquid. By God’s grace, we hope to have at least one Liquid campus in every New Jersey county one day so that the nine million people in our densely populated state get the chance to taste the living water of Jesus for themselves.”

“This is ridiculous in some ways – a disturbing percentage of New Jersey residents are unchurched and the vast majority don’t even know a Christ-follower who could share the good news about Jesus. That’s why we call this a BHAG – a Big Holy Audacious Goal that only God can get the credit for achieving.”

He pointed out that when it comes to spirituality, the Northeast is incredibly “dry,” but that’s only motivating the church to keep going.

“In the book, I challenge readers to consider what will it take to saturate their town, city, and state, because without a saturate strategy, life withers and dies,” Lucas pointed out. “Every year in America, more than 3,500 churches close their doors. We need to turn that tide and the book outlines 6 practices we use to reach thirsty people and saturate our region for Christ.”

In the book, Pastor Tim shares the six ministry practices Liquid uses, one of which is their special needs ministry.

“At Liquid, it’s our privilege and passion to serve children with a wide variety of special needs, including autism, Asperger’s, Down syndrome, and ADHD,” he explained. “We do that in a variety of ways, including providing one-on-one care and support for every child, each Sunday through our Buddy Program.”

He pointed out that the one-on-one program is one that doesn’t scale and something that small church might not be able to do. In that case, start small, as Liquid did in the beginning, and go from there.

“Let’s say a church is interested in following suit – a way to start small is by hosting a ‘listening lunch’ and inviting the families with special needs that already attend your church to do some fact-finding regarding their experience. The next step after that still isn’t a Buddy Program! But, I outline in clear terms steps churches can take to move at the pace that’s right for them so that they too can reach the local community.”

How Liquid has Reached the Millennial Generation

A study released in May detailed a surprising fact about millennials. While they frequently get negatively stereotyped, they are actually more likely than any other generation to be engaged in their faith.

FAITHWIRE: Millennials are More Engaged in Their Church Than Any Other Generation

Pastor Tim pointed out that engaging with the millennial generation, and pivoting away from the negative stereotypes about them is important at Liquid Church.

“Instead, make an effort to understand them!” he urged. “Millennials want to change the world, but they need to have a bigger cause to invest themselves in.”

Lucas pointed out that 75 percent of the Special Needs Coordinators on staff at Liquid are millennials.

“They are passionate about this cause and devoting themselves to it. Millennials are the justice generation who want to see the gospel lived out.”

Something special about Liquid Church is their desire to have everyone plugged into the church before they even make the decision to give their life to Christ. They hope that by engaging and belonging to the church, they will encounter Christ.

“My advice for other churches is this: whatever you do, don’t limit your millennials and gen Z members to college or student ministry,” Lucas encouraged. “Trust God and give them a seat at the table earlier than you feel comfortable with. Be intentional about developing new musicians, teachers, evangelists, administrators and those with gifts of compassion. Set the stage for generations to unite around Jesus. You can saturate your city together!”

According to Pastor Tim, making church creative but clinging hard to biblical truths has been and always will be important to Liquid.

“What made Liquid stand out from the very beginning was this bias – we believe it’s a sin to be boring in church. We think the greatest story ever told deserves the most dynamic communication we can imagine.”

“So, my advice is this – be close-handed about the message as you’re preaching,” he urged. “Because the Bible is inspired by God, it is truth without any mixture of error. Don’t water it down. But, be open-handed about how you share that message. Communicate the timeless truth of scripture in cutting-edge, culturally relevant ways.”

“A recent Gallup poll confirmed that ‘Sermon Content is What Appeals Most to Churchgoers,'” Lucas pointed out. “For 75 percent of people, it’s what brings them in the front door. If you want to reach unchurched people – and get part-timers to become Sunday regulars – killer content is king. And you need to deliver every single weekend. That means constantly finding new ways to tell an old story in a fresh way.”

While Liquid Church focuses on keeping their church plugged-in, engaging all generations, and keeping the content creative, at the base of the church is maintaining a kingdom mindset.

“It’s important to me to maintain a kingdom mindset – and this book is about helping all churches reach people who are thirsting for something more,” Lucas explained. “Among unchurched U.S. adults, 51 percent say they are seeking something better spiritually than what they have experienced. They may have given up on church, but they haven’t given up on God.”

“We want to see cities across America drenched with the living water of Jesus Christ.”

You can buy “Liquid Church: 6 Powerful Currents to Saturate Your City for Christ” here.

TIM LUCAS is the founder and lead pastor of Liquid Church named one of America’s 100 Fastest-Growing Churches by Outreach magazine (2019). Since launching in 2007, the innovative church has grown to 7 locations across New Jersey with 5,000 people in attendance and more than 2,400 baptisms to date. Tim is the author of Liquid Church: 6 Powerful Currents to Saturate Your City for Christ (Zondervan) which outlines a step-by-step creative process for effectively communicating the gospel to the next generation.