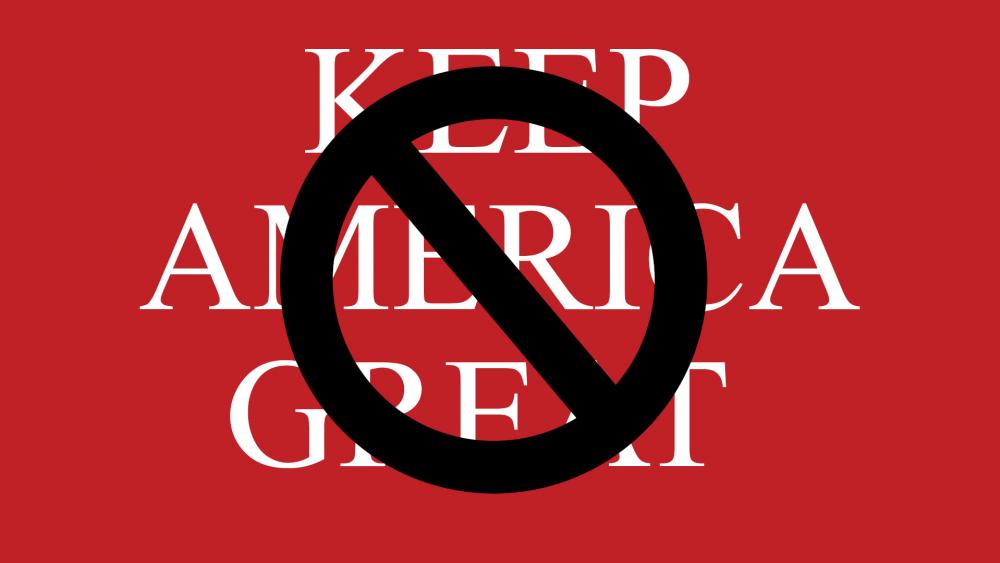 There’s a long-standing tradition at many high schools across the fruited plain – when you become a senior you get to paint your parking spot.

This year that tradition is causing big problems, especially for teenage supporters of President Trump.

EDITOR’S NOTE: Sign up for a free subscription to Todd’s weekly newsletter: a must read for Conservatives and people of faith! Click here.

At Calhoun High School in Texas, a teenage boy had decorated his parking spot with a painting of a John Deere tractor along with the words “Trump 2020.”

“My son was called into the principal’s office and told to paint over the Trump 2020 on his spot,” Krystal Stringham told ToddStarnes.com. “He asked the principal why, and was told it was against school policy and that they had received an email from the district office.”

Mrs. Stringham provided me with video of a school worker painting over the parking spot. Click here to watch the video.

Mrs. Stringham’s other son is captain of the cheer squad. He was part of a group of students who posed with a “Keep America Great” banner during homecoming spirit week.

One of the high school cheerleading coaches posted the innocent photo on Facebook leading to all sorts of outrage. The teacher was forced to take down the image.

“The entire situation is unacceptable,” Mrs. Stringham told ToddStarnes.com. “What happened to freedom of speech or press?”

She disputed any notion that the teachers were trying to sway the political viewpoints of the students.

“The kids have formed their own opinion and have now been shown they can’t express their opinion,” Mrs. Stringham said.

Meanwhile, at West Virginia’s Valley High School three students were ordered to paint over their parking spots because they wrote, “Keep America Great.”

The school district said the original painting violated a policy regarding political signs on school property.

“Administration is not attempting to impede on any student’s freedom of expression or political views. Students have such rights as initially determined years ago by the US Supreme Court. However, neither students nor employees are permitted to utilize board owned property (including the parking spaces at issue here) to promote partisan politics. That is not a proper or legal use of educational property.”

Over the past few months, I have documented students across the nation who have faced attacks because they are underage deplorables. This sort of anti-Trump censorship is flat-out unconstitutional.

Contrary to what leftist administrators might say, Trump supporters do not have to leave their political beliefs at the schoolhouse door.

This commentary was republished by permission from ToddStarnes.com.