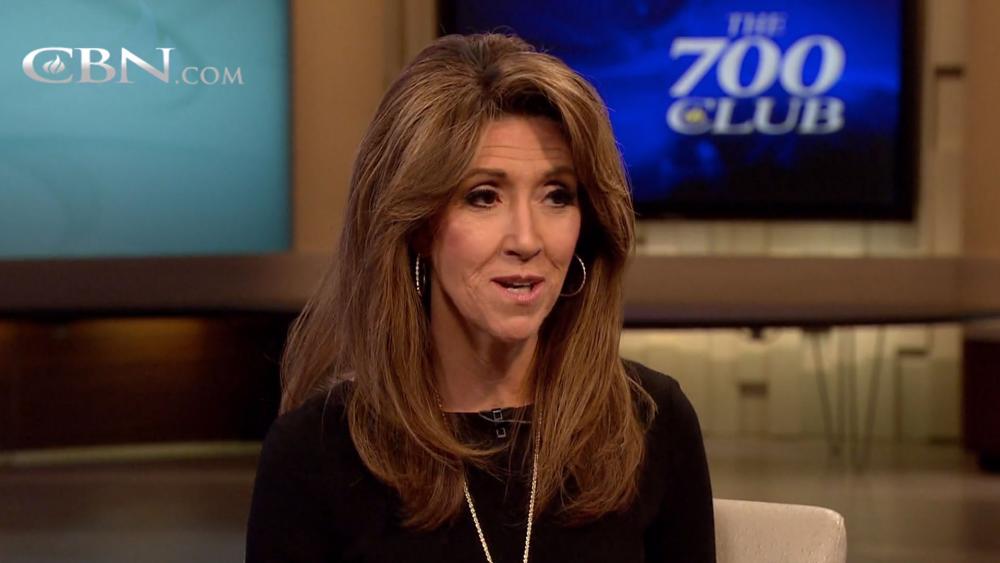 Tammie Jo, a Southwest Airlines captain, prays for her crew and passengers before every flight. On April 17, 2018, she read her devotion and prayed for her flight as usual. She even remembers the verse she read that day, Colossians 3:17: "And whatever you do or say, do it as a representative of the Lord Jesus" (NLT). She and her husband, Dean who is also a captain for Southwest Airlines, had traded flights so she could attend her son's track meet. The flight was headed from La Guardia to Dallas.

After takeoff, everything seemed to be going according to plan with Flight 1380 until the aircraft reached 32,500 feet. Then without warning, "It felt like a Mack truck hit my side of the aircraft," recalls Tammie Jo.

She and her co-pilot Darren watched as the left engine instruments flashed and wound down. A moment later they could not see anything. The aircraft began to shudder so violently they couldn't focus their eyes. The cockpit filled with a cloud of smoke and then a deafening roar enveloped them.

"We couldn't see, we couldn't breathe, and a piercing pain stabbed our ears," shares Tammie Jo.

A piece of a turbine fan blade in the left engine broke off and caused catastrophic engine damage. The explosion caused the engine cowling to disintegrate. The shrapnel from the explosion took chunks out of the leading edge of the wing and the tail, ripped a panel open underneath the wing, and severed hydraulic lines around the engine. A fuel line was also cut in the process. A piece of debris hit the window at row 14A, causing it to blow out, which generated the loud roar and the sudden loss of pressure in the cockpit and cabin. A passenger, Jennifer Riordan, was sucked halfway out the window.

Tammie Jo had about 60 seconds to make some important decisions before they became oxygen-deprived. The aircraft rolled over and began initiating a dive toward the ground. She and Darren had to use hand signals to communicate with one another. Working together they stopped the roll of the plane.

In the cabin, passengers screamed, cried, prayed and sent messages to loved ones. Tammie Jo and Darren chose Philadelphia as the most logical choice for landing the plane. Meanwhile, the crew selflessly took extreme risks to help frightened passengers secure oxygen masks.

Tammie Jo made the cabin announcement unsure if anyone could even hear her over the chaos, "We are not going down. We are going to Philly." Passengers would later share how that one simple message made all the difference because it gave them hope.

Tammie Jo slowed the plane down to allow passengers to pull passenger 14A back into the aircraft and perform CPR. Unfortunately, she would later die from her injuries. As they began to prepare for landing Tammie Jo knew she had one shot at landing the crippled aircraft. They touched down at about 30 knots faster than normal, but 15 knots slower than her target. If she had held her speed she would have missed the runway. When they finally touched down the cockpit voice recorder captured her saying, "Thank you, Lord. Thank you, thank You, Lord."

Although they returned 148 people to their lives and loved ones, the loss of Jennifer will always weight heavy on her heart and her crew's heart. After the dust settled she found her heart in conflict with itself. Her husband, Dean, who understands everything about her job is a big reason that she was able to keep life, including the influence of Flight 1380, in perspective.

Her takeaway from Flight 1380 is threefold:

Habits – become instincts under pressure or our reflex under pressure. In a crisis situation, adrenaline brings clarity but it won't change your reasoning. Her habit of spending daily time with God gave her a stillness and peace beyond reason.

Hope – it may not change our circumstances, but it always changes us. When she shared hope with the passengers that they would not be crashing but would be landing in Philly it gave passengers hope. Her flight attendants unbuckled and sacrificially reassured people and even shared their oxygen masks.

Heroes – do not require a title or equipment, but rather someone who takes the time to see and makes an effort to act on the behalf of someone else. Her crew and passengers who performed CPR on Jennifer acted selflessly.

Tammie Jo grew up in farming and ranching communities in New Mexico and Colorado. If she wasn't at school, practicing the piano, or doing chores she and her brother were out exploring. Her childhood was full of love, but she showed signs of anxiety and nervousness about going to school. Although the doctor wanted to prescribe her tranquilizers, her parents opted to use a more straightforward approach. When they saw her showing signs of anxiety they did not medicate her, but instead they put her to work. The physical work calmed her and had a positive effect on her mindset.

In fifth grade, her family moved to Alamogordo, New Mexico near Holloman Air Force Base. Pilots practiced dogfighting (air combat maneuvering) almost daily. Her mom and dad were her biggest fans, but they were also very sensible. One day while watching the pilots fly over, Tammie Jo told her mom that is what she wanted to do one day. Her mom replied, "Tammie Jo, those people are smart. Besides, you can't fly. You have cavities." It was later revealed that her mom apparently thought her cavities could explode at high altitudes. A few days later she approached the subject of flying with her parents. This time her dad recommended she talk with a pilot.

Tammie Jo was raised by a moral dad and a godly mom. They all went to church as a family, but it wasn't until Tammie Jo was a teenager at church camp that she accepted Jesus as her Saviour. Her new-found faith gave her strength. On career day, her senior year, Tammie Jo signed up for an aviation class with an Air Force pilot. When she entered the classroom, the colonel asked if she was lost. Tammie Jo explained she had signed up for the class. He said, "Girls don't fly for a living, and this is career day, not hobby day." Although she was embarrassed by his comments, she stayed to hear his lecture and decided the military would be the perfect place to serve her country and be a pilot. Unfortunately, her guidance counselor would side with the bad advice she received from the Air Force pilot and dash her aviation dreams temporarily.

When Tammie Jo went to college she worked many hours to help pay for school. She also earned a spot on the track team for discus, shot put, and javelin and received a small scholarship. She became captain of the cheerleading squad, vice president of the agriculture club and a senior homecoming princess. The closer she got to graduation she realized vet school was too expensive and not realistic.

She met a female Air Force pilot her senior year. The idea of becoming a pilot once again seemed attainable. She spoke with three different recruiters before graduation and was told, "No" or that "We are not accepting applications from girls." Then she tried the Army and was told the same devastating news. Next, she tried the Navy and took the entrance exam. When she went to have her paperwork processed she was told, "You scored high enough for a guy, but not for a girl."

Once again Tammie Jo cut the military out of her plans for the future. Two years passed and she tried again with a different Navy recruiter in Albuquerque. The recruiter confirmed that the requirements for men and women are the same. In January 1985, Tammie Jo was processed into the Navy. Two months later she went to Pensacola, Florida for Aviation Officer Candidate School. Although the training was tough she leaned on God for strength as she journaled about the highs and lows of each day. She became a commissioned officer in the Navy and headed to flight school in June 1985. She was the only female in her squadron for the next two years. From there she went on to fly the T-2 Buckeye, A-7, and the F/A-18 Hornet.

She left the Navy in 1995 after ten years of honorable service as a lieutenant commander and received a National Defense Service Medal, an expert pistol marksmanship medal, and twice received the Navy and Marine Corps Achievement Medal. In her Navy career, she faced discrimination because she was a female. Many did not believe women should be pilots or have the right to serve in combat. Tammie Jo does not think of herself as a trailblazer, but most certainly made history by becoming one of the first female pilots to fly the F/A-18.

After completing her time in the military, Tammie Jo became a pilot for Southwest Airlines where she continues to work today.

You can get more of Tammie Jo's story in her brand new book titled Nerves of Steel, available in stores nationwide.