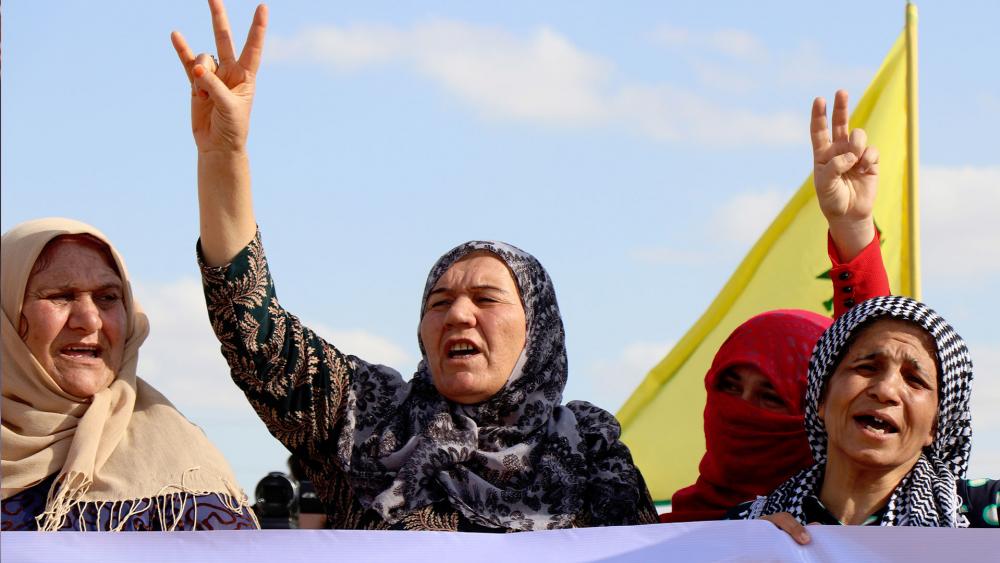 Kurdish women flash victory signs and shout to protest against the expected Turkish military invasion on their areas, at the Syrian-Turkish border, in Ras al-Ayn, Syria, Oct. 7, 2019. (AP Photo)

JERUSALEM, Israel - US Christians will gather at the nation's capital next week to pray for the Kurdish people suffering from Turkey's invasion into northeast Syria.

Hundreds are dead and hundreds of thousands of Syrians have fled the region to avoid Turkey's assault. After being left to confront Turkey on their own, the old Kurdish proverb echoes loud and clear: "We have no friends but the mountains."

The Christian aid group Frontier Alliance International (FAI) plans to prove that proverb wrong. The group is showing its solidarity with the Kurds by hosting a one-night prayer event in Washington D.C. on Sunday, October 27.

"Those who love the Kurds will pray, strategize, and declare our shared values concerning the preservation of life amidst the raging sea of jihad and genocide that is engulfing our stateless friends,"  FAI Founder and President Dalton Thomas said in a statement.

FAI is no stranger to the Kurds. The organization has produced multiple documentaries and films dedicated to giving a voice to the Kurdish people's plight for statehood and survival in a volatile region.

When the Kurds were on the frontlines fighting ISIS, FAI was there providing relief and support. FAI has also collaborated with the Israel Defense Forces to provide care to Syrians caught in the middle of the country's brutal civil war.

FAI now intends to stand with the Kurds through the aftermath of Turkey's invasion.

"The event will neither be a condemnation nor a defense of President Trump or his Middle East policies. We are asking participants to leave partisan politics in the parking lot. We are gathering as Christians to consider and pray about issues that are much larger in scope than the decisions of a sitting President or the evolving dynamics of isolated geopolitical events," said Thomas.

FAI hopes to jump-start a Kurdish solidarity movement at the event.

"We urge those attending and watching this story unfold to not descend into criticism or cultural clamor, but to be undeterred in the better priority: forging a new era in the history of the Kurdish people, when it could once be said that only the mountains stood with them, but no more—for now, they have found better friends," said Thomas.

The event is free but requires reservations here: https://www.prayforthekurds.org/ 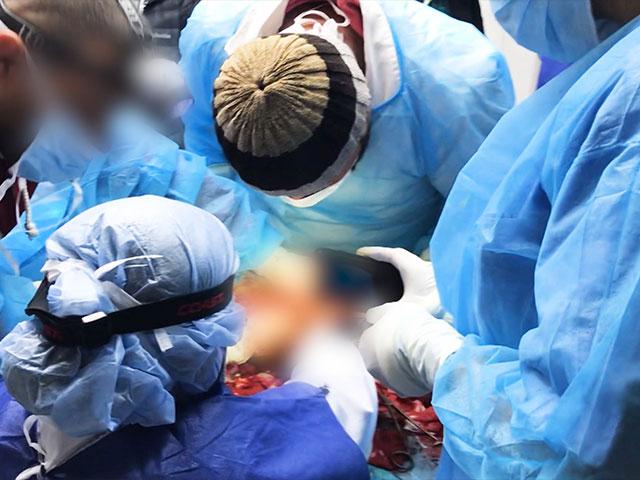 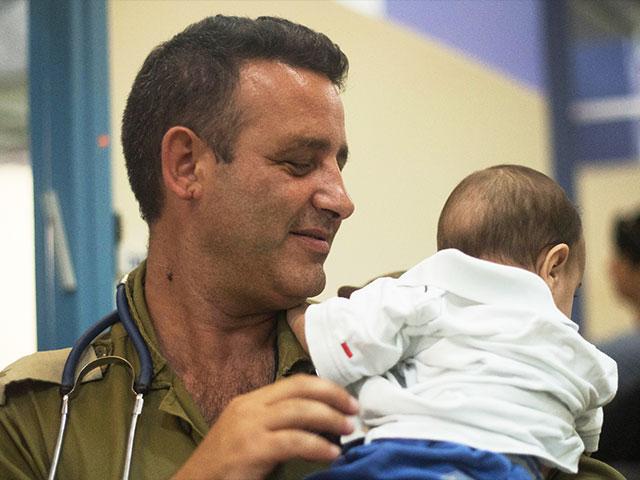