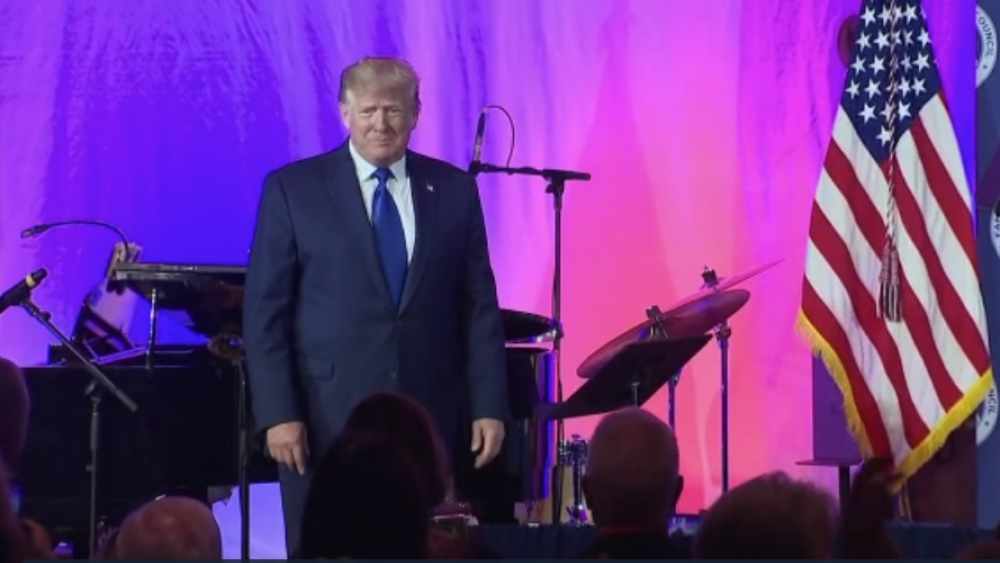 President Trump spoke at the Values Voter Summit in Washington DC Saturday night, despite concern by Christians over his decision to pull troops out of Syria, leaving US allies and Christians in the region without protection.

Pastor Andrew Brunson was also recognized at the event, where he was honored with the Cost of Discipleship Award. Brunson was falsely imprisoned for two years in Turkey for his faith.

President Trump helped free Pastor Brunson from captivity in Turkey where he was a missionary for 24 years.

Pastor Brunson began the ceremony by praying for President Trump:

Father God, I ask now for an impartation of your Holy Spirit, may the fullness of the spirit of Jesus rest upon President Trump that he be anointed with wisdom and understanding with your counsel and might with knowledge and fear of the Lord and accordingly may President Trump not judge by what he sees with his eyes or decide by what he hears with his ears or lean on his own understanding but may he recognize your prompting and move according to your guidance.

I ask that you give the president supernatural discernment to know who is trustworthy and who is not. Bring into the light all deception and intrigue, expose and reverse the plans of those who would harm President Trump and this nation. In the name of Jesus, I break off all voices and influences that do not come from you father God. May your truth and peace surround and reign in the White House.

God, you have raised President Trump to govern at a time when there is a resurgence of oppression. Only you Lord Jesus Christ can anoint him to have victories over strongholds and to establish justice for the needy. Give him strength and courage to persevere in the constant battle that surrounds him and refresh him.

Father God, I see that you have such a tender heart for President Trump. Draw him close to you. I ask now for an impartation of hunger for you so that he may love you with all his heart, soul, mind and strength and delight in knowing you. And if he came and whispered your name, may he go forward shouting your name. In Jesus name, the name of my king, I bless you.

"I want to thank you for that beautiful prayer, it means a lot," Trump said. "Our rights come from God Almighty and they can never be taken away. Together we will protect those God given rights."

Trump explained that his administration is committed to promoting and protecting religious freedom.

He said that it was not easy to bring Pastor Brunson home, but it was accomplished and he is back with his family.

Many at the summit fear that the US pulling support out of Syria will put religious minorities and Kurd allies in imminent danger.

"The Kurds are tending to leave and that's good. Let them have their borders. I don't think our soldiers should be there for the next 50 years. So let's see what happens. We've paid a lot of money to the Kurds. They are fighting for their land," Trump said.

"This week I directed $50 million to support Christians and other religious minorities in Syria, I did it on Friday. Made it in honor of Pastor Brunson, people that have done a great job for us. It's going to help Christians in Syria. Not an easy situation for them. In total my administration has provided more than a half a billion dollars for support for religious minorities and others suffering from atrocities in Syria and Iraq alone."

"It will also go toward increased accountability, removal of explosive remnants of war, community security for stabilization assistance, documenting human rights abuses and international humanitarian law violations, and support for survivors of gender-based violence and torture," read the statement.

Trump said, "Other presidents would not be doing that. We pledge our support to Christian communities everywhere suffering under the brutal heel of oppression and violence our hearts and souls are joined with these brave believers in their religious struggle. Pastor, it is great to have you back here."

Evangelical leaders believe that Trump's decision to leave religious minorities in the region, including many Christians, makes them an easy target for slaughter by the Turkish Government but he showed no sign of changing his mind.

"I've made clear to Turkey that if they do not meet their commitments, including the protection of religious minorities and watching over the ISIS prisoners that we captured we will impose very swift, strong and severe economic sanctions. Like I did to get Pastor Brunson out. Otherwise, Pastor you'd still be there. Any other President of the US, you'd still be there. You know what we had to do. You were very brave for what you put up with. It wasn't an easy situation."

Trump's decision to withdraw from Northern Syria prompted criticism from top Pentagon and State Department officials, but he maintains that religious freedom is a high priority.

"We will never tire or waver in our defense of religious liberty. We are standing with our close friends and the state of Israel and as you know I recognize the internal capital of Israel and opened the American embassy in Jerusalem," Trump said.

The president received a standing ovation after reminding the audience that America stands for freedom of religion, "In America, we don't worship government, we worship God."

"We will reach new heights, make new breakthroughs, and we will strengthen the bonds of love and loyalty that unite us all as citizens, as neighbors, as patriots, as Christians, as people of faith. As one people, one nation and one United States of America we will stand as a light of liberty, a land of courage and a home for proud people of faith. Forever and always, Americans will believe in the cause of freedom, the power of prayer and the eternal glory of God," he concluded. 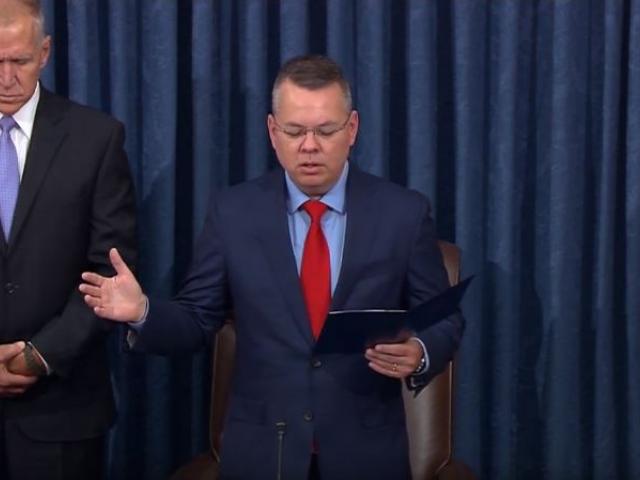 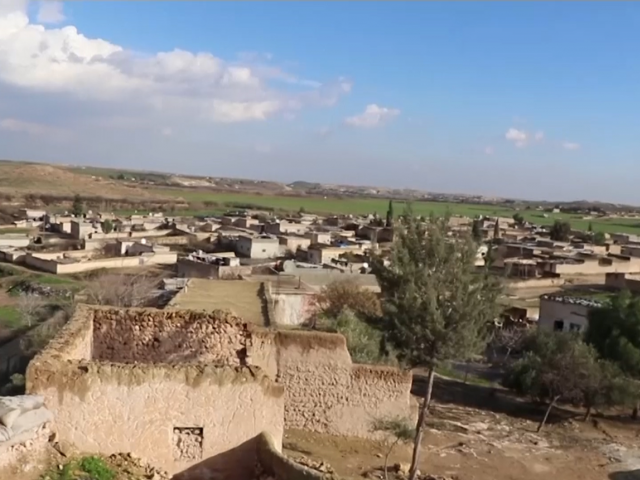