You Won't Believe What GA Fans Did for Other Team's Coach: #WearPinkForWendy 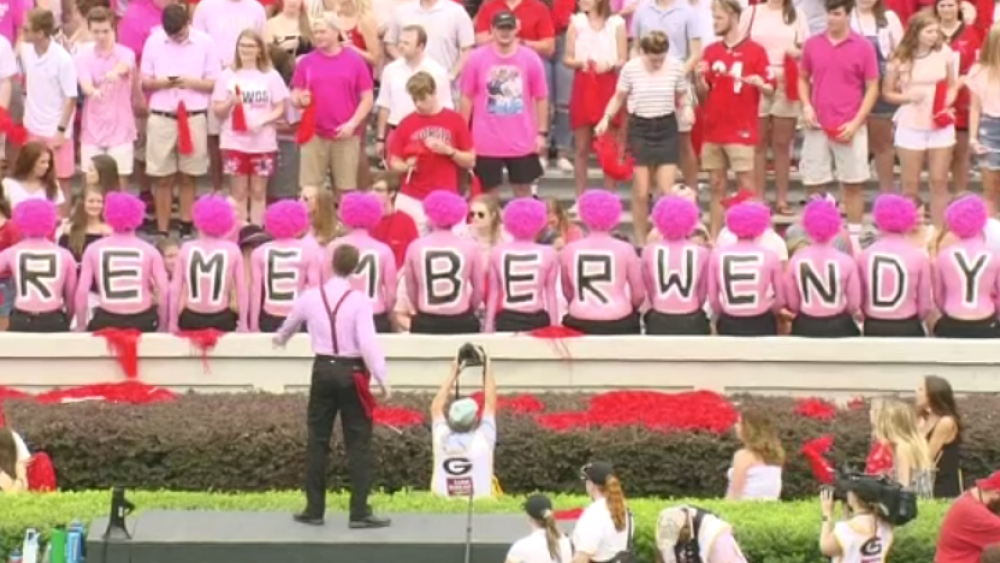 Sanford Stadium at the University of Georgia was 'pinked out' during Saturday's football game between Arkansas State University and Georgia.

#ProtectThePuppies
Yesterday was a great blessing inside Sanford Stadium. DawgNation showed what love, unity, compassion looks like. Lets continue to & pray for @CHbanderson & his family. #WearPinkForWendy

Anderson said he was beyond grateful for the support.

"I'll be honest with you. I teared up and took a little while to compose myself."

"It's a completely genuine, classy gesture from people that don't know you. Very surprising and obviously very much appreciated," he said. "Just caught me off guard, to be honest with you. Teared me up. I wasn't expecting it, and extremely flattered and thankful for those folks and so many others that have stepped up in so many different ways."

Bulldogs Battling Breast Cancer was founded by Jay and Teresa Abbott of Georgia. Their son was playing football at Georgia when Teresa was diagnosed with breast cancer in 2003.