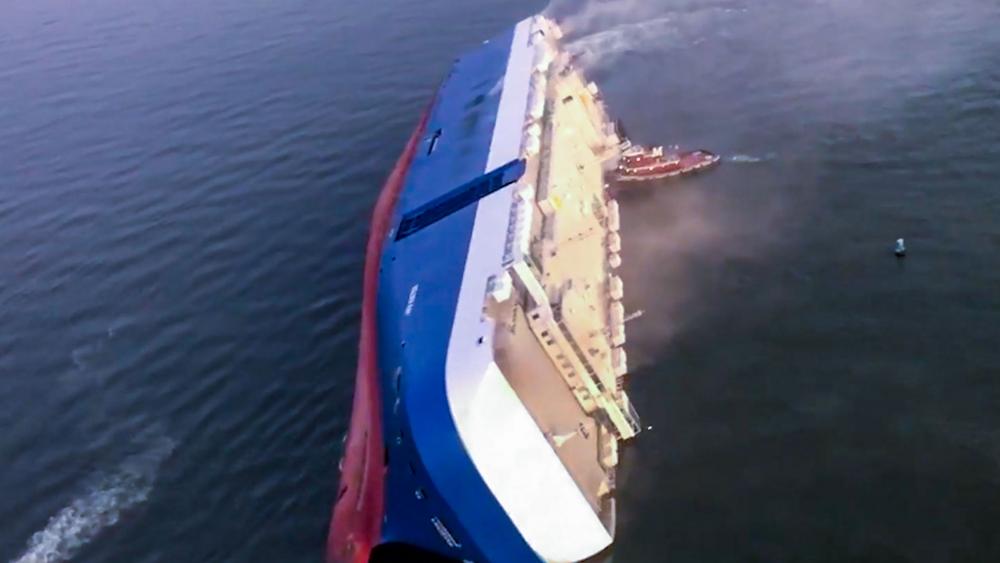 Rescuers made contact Monday with four crew members inside a stricken cargo ship after the massive vessel overturned and caught fire on Sunday near a major port on the Georgia coast.

Officials are currently working to get the crew members safely out of the massive vessel.

The US Coast Guard confirmed the missing crew were communicating with officials, but conditions inside the ship are unknown.

Response crews drilled a hole in the hull of the ship to deliver supplies.

#BreakingNews Salvage crews have have made contact with crew members in the #GoldenRay. Conditions unknown. Extraction being planned. #HappeningNow pic.twitter.com/wPdKfgqBdN

The Coast Guard pulled 20 crew members to safety, but at one point the rescue efforts were delayed as smoke, flames and unstable cargo made it too risky to go deeper inside the ship.

Coast Guard Captain John Reed said the "Golden Ray" needed to be stabilized before they can continue searching for the remaining crew members.

The Port of Brunswick Captain of the Port (COTP) has established an emergency safety zone in St. Simons Sound, according to a Coast Guard press release.
https://content.govdelivery.com/accounts/USDHSCG/bulletins/25ddebb

Vessels passing by the overturned cargo ship are not permitted to be within a half-mile of the location where crews are working.

Multiple agencies are assisting with the rescue alongside the Coast Guard. The cause of the incident is under investigation.