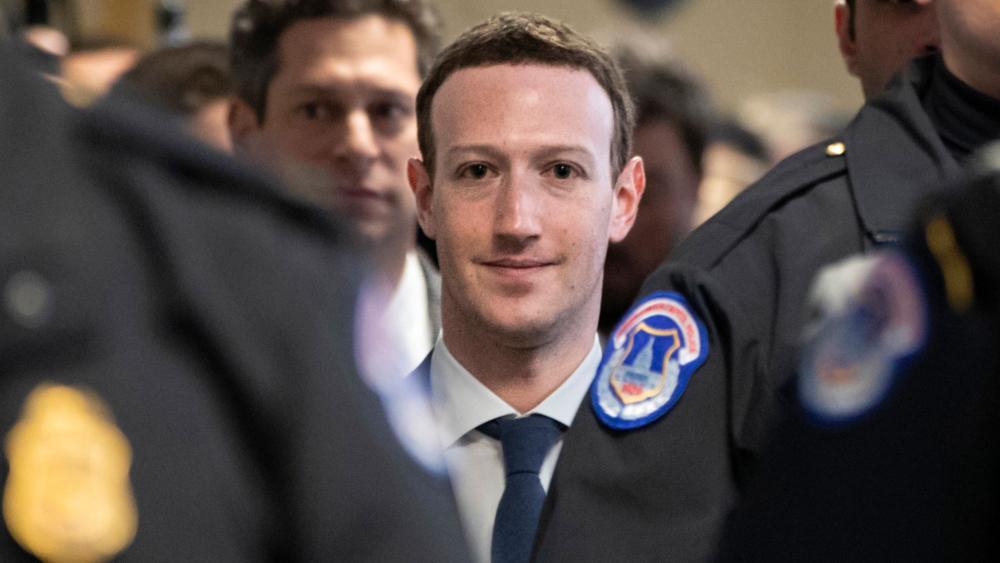 Chris Lewis, president of the Public Knowledge Group, appeared on Friday's edition of CBN News' Faith Nation to discuss Facebook CEO Mark Zuckerberg's admission of bias and what the tech giant should do next. Faith Nation is seen weeknights on the CBN News Channel.

The head of the social media giant Facebook is admitting it was wrong to censor a pro-life group.

CEO Mark Zuckerberg said in a closed-door meeting with Sen. Josh Hawley (R-MO) on Thursday, his company made a mistake fact-checking the group Live Action's pro-life content and limiting its reach to users.

Live Action's Lila Rose declared in a tweet that "in a meeting... with Missouri Republican Josh Hawley, Mark Zuckerberg said Facebook was wrong to censor me & Live Action, that there was clear bias, and that the fact-checkers were activists."

BREAKING: In a meeting today with @HawleyMO, Mark Zuckerberg said @facebook was wrong to censor me & @LiveAction, that there was clear bias, and that the "fact checkers" were activists.

Live Action later tweeted, "Facebook has NOT apologized for notifying 1000s of our followers that we are "false news."

Sen. Hawley also tweeted about his conversation with Zuckerberg in which he also challenged the tech executive to sell off Instagram and WhatsApp, which Facebook also owns. He also asked Zuckerberg to allow his company to be audited on censorship by an independent third party. Zuckerberg declined both suggestions.

Zuckerberg admitted there "clearly was bias" in the @LiveAction @LilaGraceRose censorship. Said bias is "an issue we've struggled with for a long time."

"Facebook has a pattern now of censoring pro-life voices and pro-life organizations, and that's what they did with Live Action," Hawley answered. "They censored Live Action's pro-life content and the worst part about it was the supposedly neutral board that makes these decisions for Facebook included two pro-abortion activists. So I called Facebook out on it, I said, 'This is outrageous and you have a pattern now of doing this.'"

Zuckerberg's visit to the nation's capital follows an antitrust probe into Facebook being led by states attorneys general and a separate anti-trust investigation spearheaded by the Federal Trade Commission.