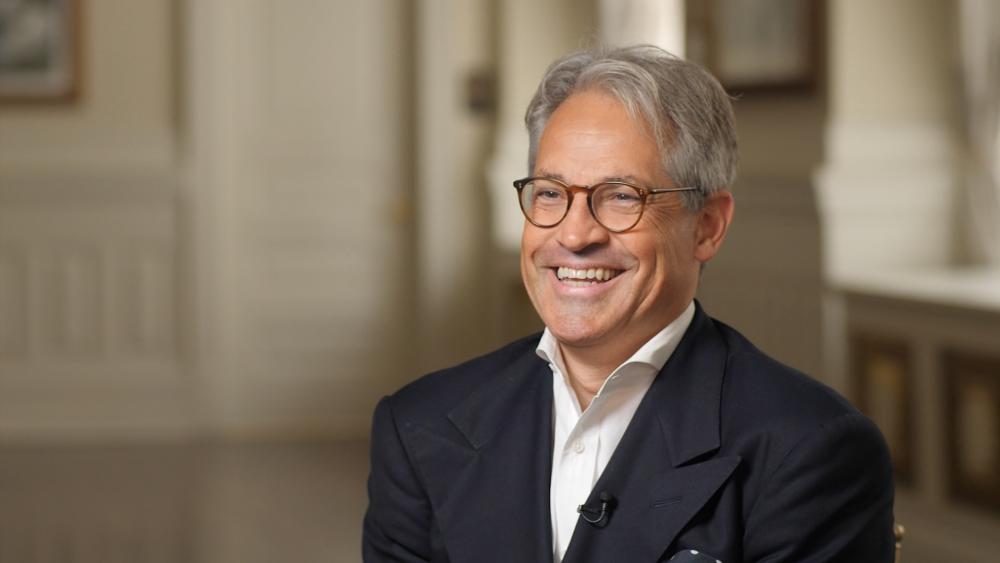 6088120700001
'He's Kind of a Caveman – He Just Does Stuff': Eric Metaxas is Back with Another Humorous Look at Trump's Washington in 'Donald Builds the Wall'

WASHINGTON – Is President Trump a bit of a caveman? It's how bestselling author Eric Metaxas portrays him in his new book Donald Builds the Wall.

"Well, it's kind of funny, the Donald the Caveman thing – it's kind of taken off as a fun idea because you think of this president as a – he's kind of a caveman – he just does stuff. You know?" Metaxas tells CBN News.

Donald Builds the Wall is the second in a series about "Donald the Caveman" written by Metaxas and illustrated by Tim Raglin.

It's intended as a children's book but includes lots of humor for adults.

When told he may catch some heat for calling the AOC character a "little girl" Metaxas says, "I hope we do."

"When this character discovers that they've invented fire and they're cooking their food – she goes 'that can't be healthy we should eat raw food and smoke is really bad, it's really toxic' and so she comes up with this idea called the "Green Raw Deal". And it's about raw food and people say why is it green and she says because it's going to cost a ton of money," he explains.

In his first book in the series, Donald Drains the Swamp, Donald the Caveman digs a ditch to drain the swamp of some creatures you may recognize, like George-o-Saurus, which sets up his latest book.

"And what happens is prosperity kind of explodes, and they start inventing things. They invent fire, right? These are cave people and they invent fire and all sorts of different stuff," Metaxas explains.

In the book, bluebirds tweet about all the good things happening in the new "Land of the Free."

Like a vile gang the cave people are eager to kick out of their prospering land.

"The MSNBC-13 gang, they are very, very vicious and they have to make sure that they get them out," he says with a grin.

Building the Wall: "It's That Simple"

So Donald the Caveman builds, you guessed it, a giant wall with a big, beautiful door.

Metaxas closes the book by writing, "After that, if someone wanted to come to the Land of the Free that person would knock on the gate, someone would check them out and if they were freedom-loving they would be let in and if they weren't they wouldn't. It was that simple."

"Obviously this is for kids, so you want to make it simple, but it is kind of that simple because we've lost sight of the basics of what it means. If you want freedom you have to guard your freedom. You have to make sure the people who are part of your nation buy into that idea of what it is to be free and these are really heavy ideas that are not being done justice in the mainstream media and we kind of thought in a children's book, in a humor book we can say what you can't say sometimes in a different form," he says.

President Trump: Man for the Moment

Humor, Metaxas says, is often where he turns when he wants to discuss topics that he thinks are really important.

We caught up with him at the Trump International Hotel in Washington, DC. Warts and all, he thinks President Trump is the right man for this moment.

"I have no doubt that he is the only political leader in our lifetimes who has the will, the courage, to do the things that every other politician says – oh – we can't do that, we can't say that. He says we can say it, we will say it, I'll say it, here it is. People are really hungry for that. Sometimes he can be a little rough around the edges which is why I think it's funny to think of him as a caveman," he says.

And if he could, Metaxas says he'd give every American a copy of his latest book.

"Because I thought when I understood finally the link between faith and freedom. It's not just a rah-rah people who love faith love freedom – no. The two are inextricably intertwined and if we don't teach this to a new generation of people it goes away. America really is an idea. If you buy into these ideas and you want to govern yourself everything works, but if you stop teaching that to young people and we begin to forget it – it will go away," he says.

And despite the heaviness of many issues facing American today, "I think we need to laugh more than we're laughing," he says. "Like everybody has gotten serious and offended about everything and I do think we have to – we have to have some fun. 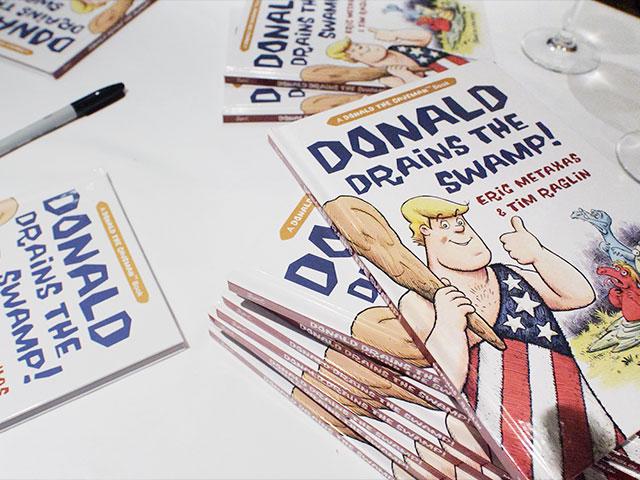