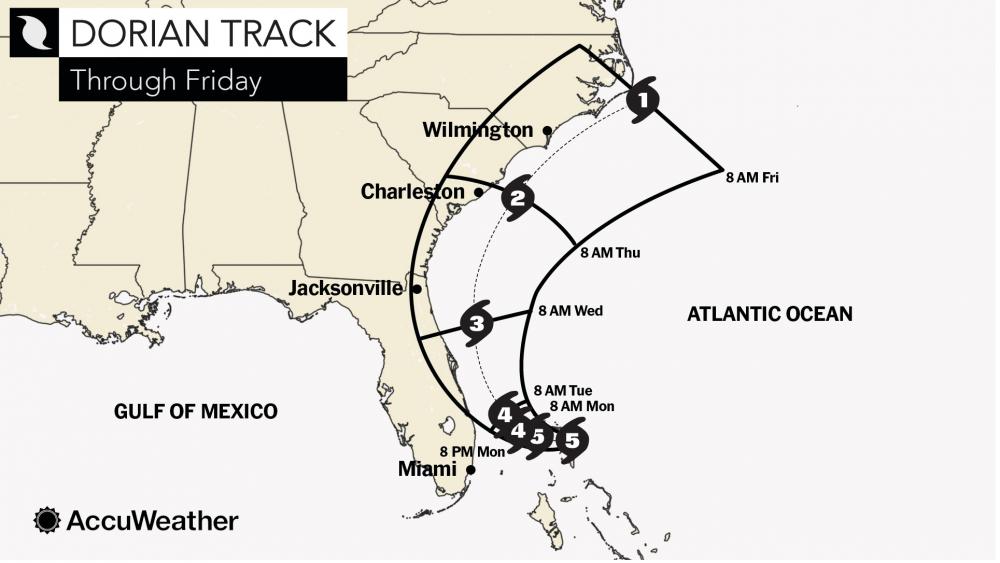 Category 5 Hurricane Dorian made several landfalls in the Bahamas on Sunday and is still a huge threat to Florida and the Carolina's.

Dorian is still a dangerous storm with winds at 185 wph and the storm surge. NHC indicated that the hurricane will move dangerously close to the Florida east coast late Monday through Tuesday night.

“It’s devastating,” Joy Jibrilu, director general of the Bahamas’ Ministry of Tourism and Aviation, told the Associated Press. “There has been huge damage to property and infrastructure. Luckily, no loss of life reported.”

Take a look at #HurricaneDorian churning over the Atlantic Ocean, as captured by cameras outside the @Space_Station at 12:16pm ET. As a Category 5 hurricane, the storm is carrying the strongest winds in recorded history for the northwestern Bahamas. More: https://t.co/bS4IBdcQpW pic.twitter.com/PIvN29BMVt

South Florida remains at the left edge of the cone of uncertainty, meaning the expected course of the storm’s center, and the cone’s center remains offshore and aimed at the Carolinas. Most potential paths still show the storm remaining at sea.

The storm has caused Florida, Georgia, South Carolina, and North Carolina to declare a state of emergency ahead of landfall.

Ken Graham, director of the National Hurricane Center, described Dorian as a textbook storm with a well-defined eye that is still growing in strength. Hurricane hunters are currently flying through the eye of the storm in patterns to get the latest and updated information.

The east coast will deal with the effects of Hurricane Dorain throughout all of next week, Graham added.

President Trump tweeted, Looking like one of the largest hurricanes ever. Already category 5. BE CAREFUL! GOD BLESS EVERYONE!

In addition to Florida - South Carolina, North Carolina, Georgia, and Alabama, will most likely be hit (much) harder than anticipated. Looking like one of the largest hurricanes ever. Already category 5. BE CAREFUL! GOD BLESS EVERYONE!

Help Operation Blessing as it prepares to help those in the path of Hurricane Dorian. Click here.

A team of volunteers took a generator-powered shower trailer, a 35-foot truck full of food and disaster relief supplies, and a work order trailer with gear to serve impacted communities.

"We actually have supplies that volunteers can just show up with the shirts on their back and go out and serve the community," says Operation Blessing's Blake Mueller.

He's praying the storm turns away, but if it does hit, Operation Blessing is prepared to stay and serve impacted communities for months if needed. 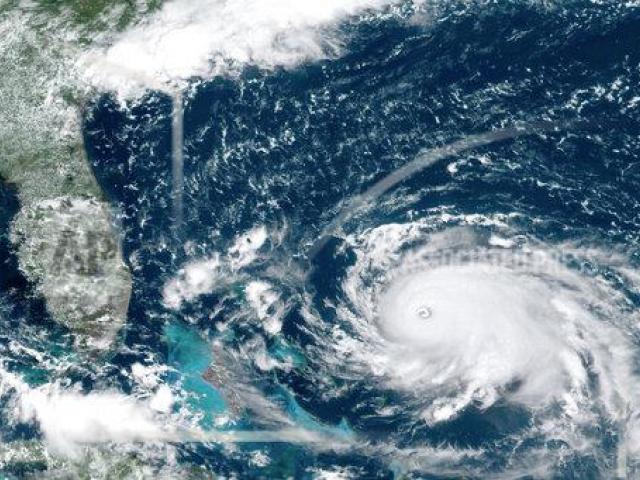 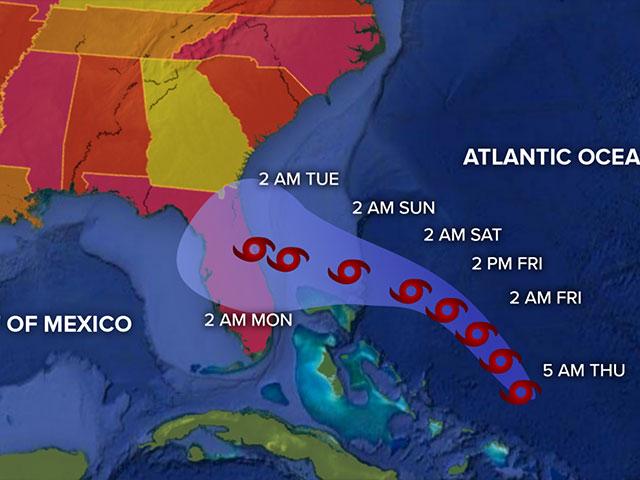 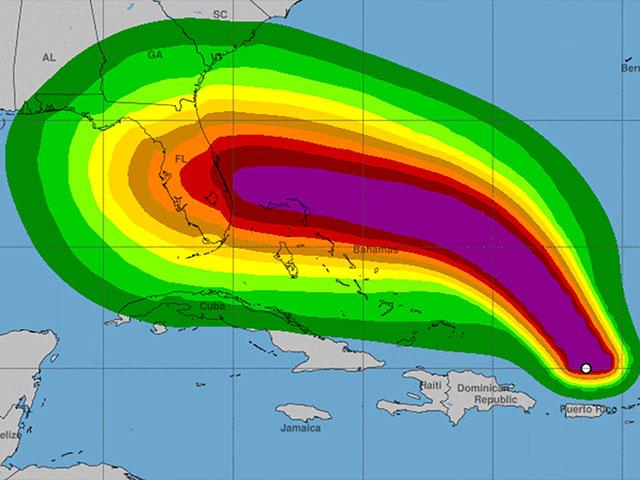 Bracing for Dorian: Dangerous Category 4 Hurricane Could Strike from Florida to South Carolina 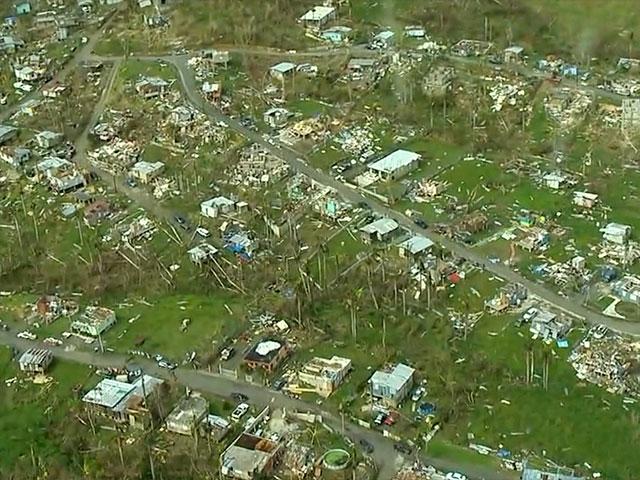