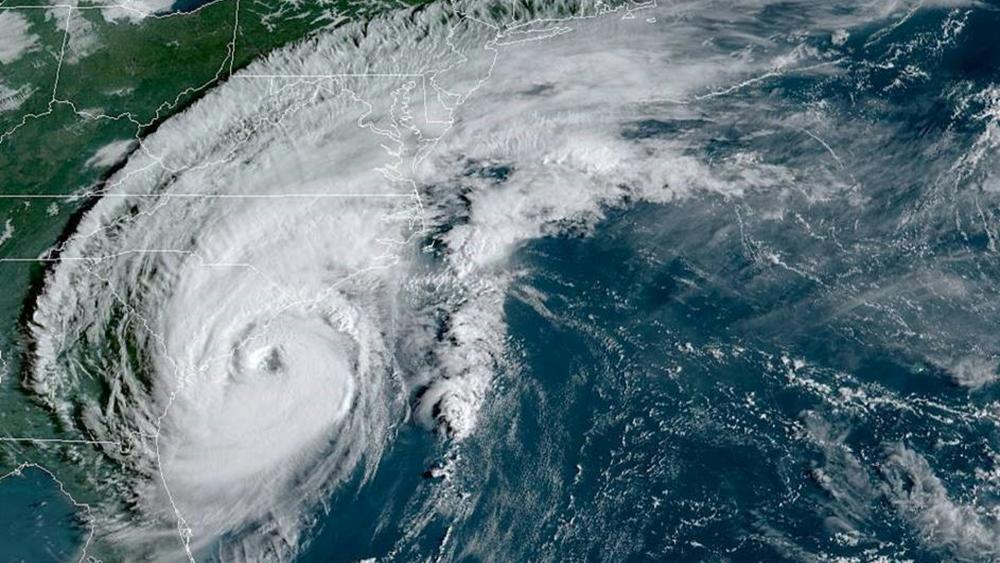 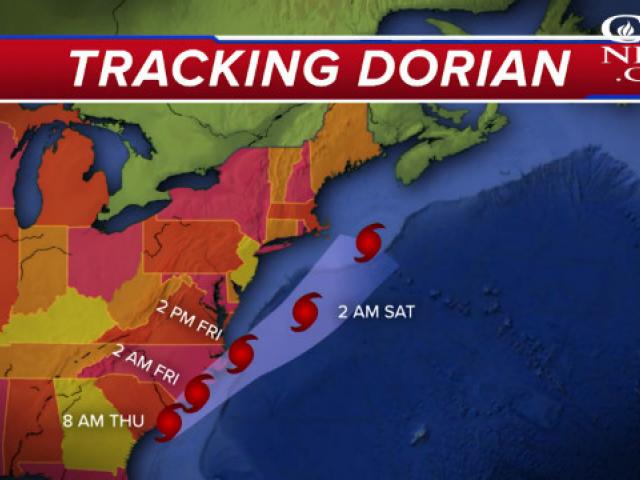 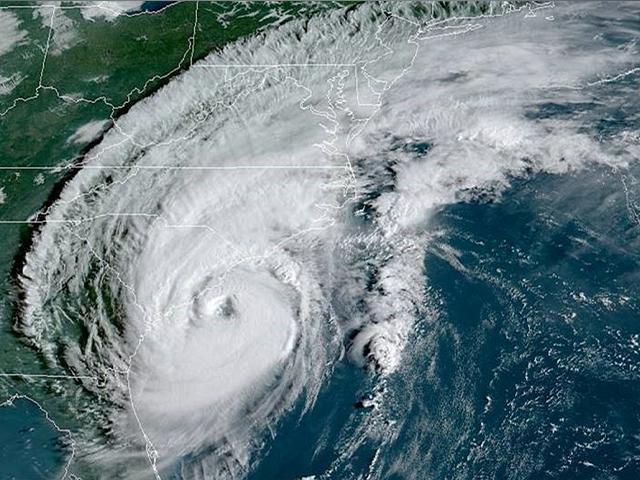 The eyewall of #HurricaneDorian is just off the coast of #Charleston #SC in this "sandwich loop" from #GOESEast. Sandwich loops are a combination of visible and infrared satellite imagery. Follow the storm via our hurricane tracker: https://t.co/mmgdYBDi8D #SCwx #NCwx pic.twitter.com/pmBi4xylZM

Meanwhile, in the Bahamas, search and rescue efforts are underway with at least 20 confirmed fatalities in the island chain. That number is expected to rise as searchers try to navigate the apocalyptic destruction.

The US Coast Guard is on the scene there, helping to rescue the stranded and injured as the water recedes, revealing miles and miles of debris littering the landscape that was considered a paradise just days ago.

The center of #HurricaneDorian, seen here by NOAA's #GOESEast, is moving close to the #SouthCarolina coast this morning. The Category 3 storm is already producing very heavy rainfall along the #NC and #SC coasts. Follow the storm via our hurricane tracker: https://t.co/dhw0zOk2i6 pic.twitter.com/cuaB7aWWjJ

"This has been a long storm and so you can get fatigue at times to set in but we really want our citizens to continue to monitor the impact of Dorian," warned Byard.

The storm is projected to continue up the coast and potentially make landfall in the next 24 hours.

Florida residents are breathing a sigh of relief as Dorian passed by leaving minimal damage.

"We expected it to be a Category 4 hurricane, and then it bumped up to a 5. Luckily it wasn't as bad for the east coast of Florida like we thought it was gonna be," said Peter Abood a member of the Florida Power and Light Emergency Response team.

But in the Bahamas a drastically different story with tens of thousands at risk due to lack of medical care, clean water, and food.

Relief groups, like CBN's Operation Blessing are scrambling to get aid to the islands. 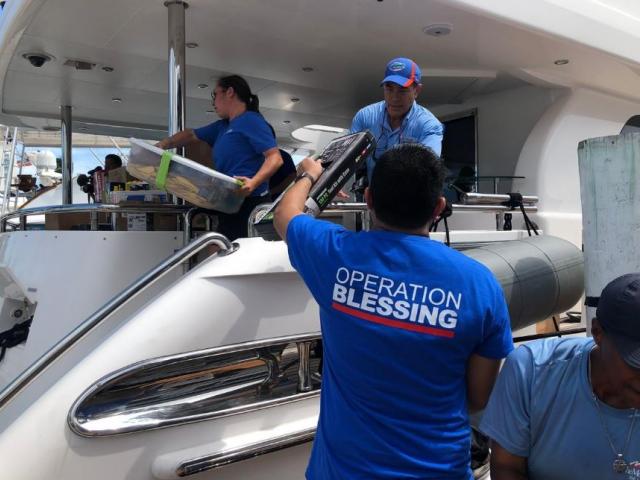 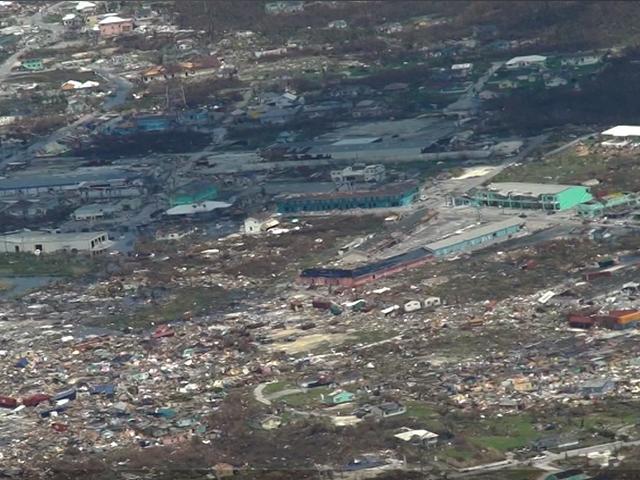