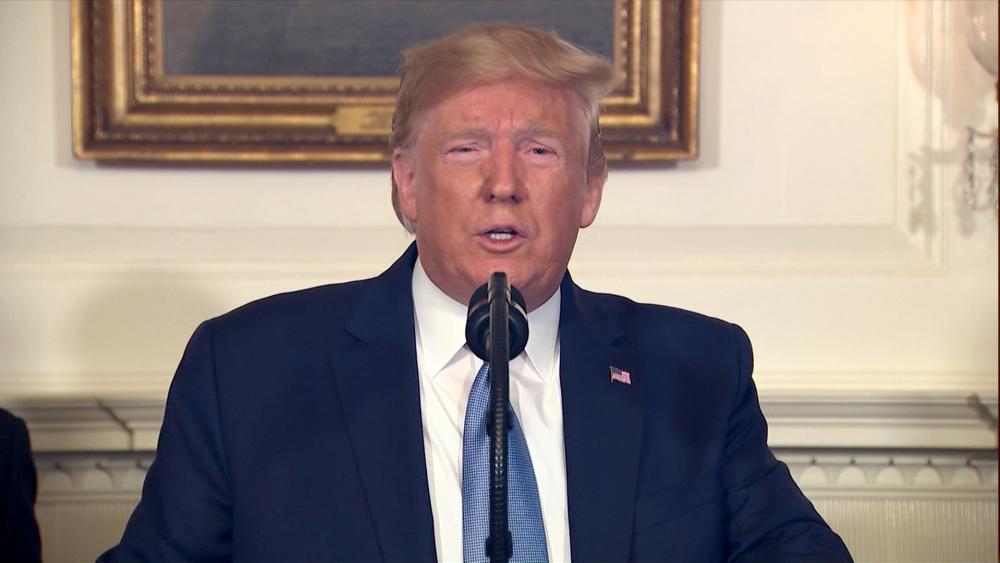 "The actions taken to date by the president have seriously violated the Constitution," Pelosi alleged Tuesday. "Therefore, today I'm announcing the House of Representatives moving forward with an official impeachment inquiry."

Pelosi accused Trump of seeking to pressure the president of Ukraine to investigate Joe Biden and his son, Hunter, just days after freezing millions in foreign aid to the country. But no one in Congress had even seen the transcript of the phone call when she made those accusations.

The President says there was no quid pro quo and the administration will release a complete, un-redacted transcript of the call Wednesday. It is also working to de-classify and make public the whistleblower report.

Tuesday, the Senate unanimously passed a resolution calling for the report's release.

"I hope this will help refocus the conversation away from breathless speculation and back toward the facts," said Senate Majority Leader Mitch McConnell (R-KY).

In a tweet, President Trump called the controversy presidential harassment.

Also tweeting, "They never even saw the transcript of the call.  A total witch hunt."

They never even saw the transcript of the call. A total Witch Hunt!

Pelosi had resisted impeachment efforts by some very vocal Democrats up until now, but says the Ukraine call makes it imperative.

"That has changed everything, so now because the inspector general has said that this is an urgent concern, it has accelerated the pace of how we go forward," Pelosi commented.

However, the majority of the House does not support impeachment and Speaker Pelosi broke precedent by not holding a vote. Instead, she's bringing six House committee investigations against President Trump under the impeachment umbrella.

"She cannot change the laws of this Congress," said McCarthy. "She cannot unilaterally decide we're in an impeachment inquiry."

Rep. Vicky Hartzler (R-MO) said, "This is clearly just a partisan effort on their behalf to undo the results from the 2016 election. They didn't like that. They tried the Mueller report investigation, which wasted years of investigation and over $25M of taxpayer money and that didn't succeed so they're trying to bring up these baseless charges this time and continue down the road of impeachment."

On the CBN News program Faith Nation, CBN's Chief Political Correspondent David Brody said the transcript of the phone call is key to the case.

LATEST: No Quid Pro Quo in Trump Transcript of Call with Ukraine President: Here's What It Reveals

He went on to say that Democrats are also taking a risk on the whistleblower, who reportedly was motivated by political bias.

"We also know the whistleblower provided this complaint secondhand," explained Brody. "So, there are a lot of sketchy details, I mean Democrats are going out on a limb here."

An inquiry does not mean actual impeachment. The House would have to introduce and pass "articles of impeachment," and right now, most members don’t support it.