A Basement Jam Session as an Evangelistic Tool for Christ? One Pastor is Doing It to Reach the Unchurched 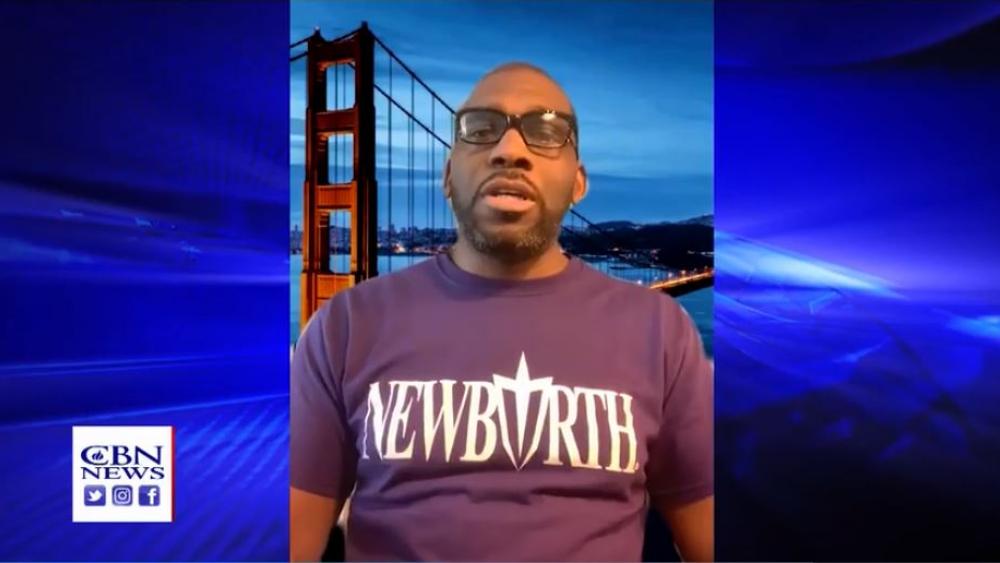 Senior Pastor Jamal Bryant of Atlanta, Georgia's New Birth. (Image credit: CBN News)
6150932123001
A Basement Jam Session as an Evangelistic Tool for Christ? One Pastor is Doing It to Reach the Unchurched

One megachurch pastor is heading to his basement to throw an online musical bash to spread the gospel. He calls his radical party approach -- complete with a secular DJ and dancing -- the next level of evangelism to reach the lost.

"Would you point at somebody else randomly across the room and shout bless you.  Bless you!  I'm speaking that over your respiratory system," Bryant said in a video posted to YouTube on March 15.

This was the usual setting people saw when tuning in for services from Bryant, who's the senor pastor the Atlanta, GA, megachurch New Birth. Starting a couple of weeks ago, he opted for a different pulpit.

One in a basement with a DJ playing hip hop, R&B and rap music, all targeting the unchurched and unsaved through social media.

"It's radical times. The church has literally left the building," Bryant told CBN News. "Jesus supped with sinners and publicans and tax collectors and in this hour the church is going to have to stop preaching to itself and really go out into the hedges and highways."

While many across the country are under stay at home orders, Bryant saw this as an opportune time to offer Christ to a captive audience. But first, he had to attract them.

"It was the classic military strategy of the Trojan horse," Bryant said. "I came in with something that they knew, that would bring their guard down and then once I got into the city the soldiers of intercession unleashed all that we needed to do."

"And our portal crashed from all of the people trying to accept Jesus at the exact same time," he explained.

Still, Bryant says he has been criticized for his method.

"I was saddened by the response of church people who were so vicious in their attack without understanding the motives," he added.
"Jesus said to leave the 99 and go after the one.  And so I'm following that biblical model that I'm willing to risk it all."

Bryant says this past Sunday following the party 147 people reached out online to join the church. He has now hired a full-time internet pastor to disciple those who only attend online.

Bryant says despite the criticism he'll definitely be hosting another basement jam because it's an effective evangelistic tool.