Economy Could 'Re-Open' by May - but Who Decides? 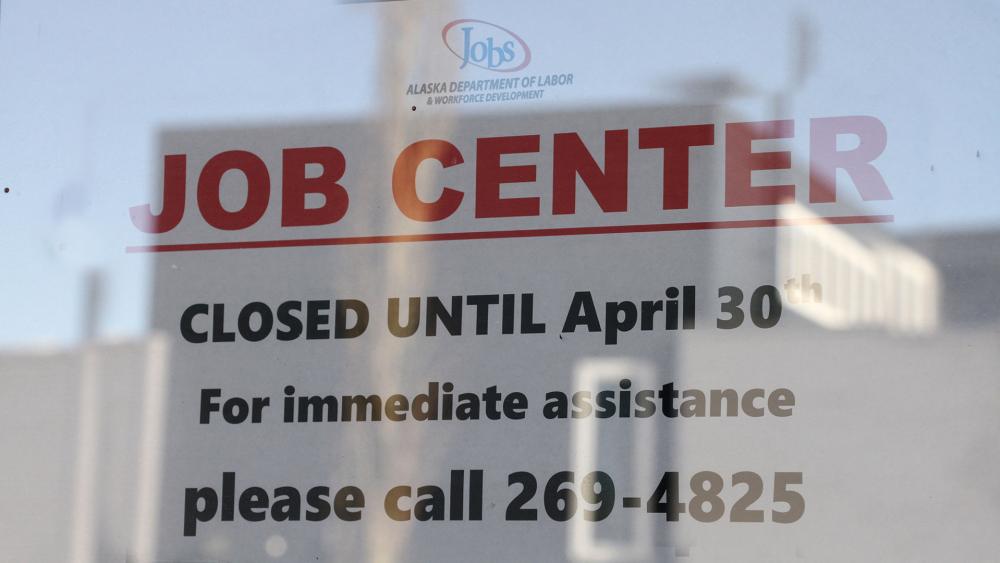 A sign saying that the Jobs Center at the Alaska Department of Labor and Workforce Development office in midtown Anchorage, Alaska, is closed through the end of April. (AP Photo/Mark Thiessen)
6149302709001
Economy Could 'Re-Open' by May - but Who Decides?

President Trump says he wants to reopen the economy by May, but who has the authority to do it? The question pits Trump against some governors who say they have the primary constitutional responsibility to decide if it's safe to open.

Trump told reporters at a White House briefing Monday that he has "total" power to decide.

"I have the ultimate authority," Trump said.

But the director of the Centers for Disease Control and Prevention, Dr. Robert Redfield, says for that to happen, the first step is widespread testing, something that is not yet available.

He told NBC, "We're going to need to have that aggressively employed as we begin to reopen... to basically prevent the opportunity for community transmission to come back into the system."

Meanwhile, there's evidence the economic recovery is not going to take off like a rocket when the economy reopens because some workers and consumers will be too scared to return to life as it was.

Dr. Anthony Fauci says it will need to be a rolling re-open, "not one size fits all," and at Monday's briefing, he corrected media reports suggesting the administration waited too long to issue social distancing guidelines.

"The first and only time we suggested mitigation (President Trump) said 'Yes, we'll do it'," Fauci said.  And when asked by a reporter if he was making those statements on his own, the normally genial doctor turned icy.

"Everything I do is voluntary. Please. Don't even imply that," Fauci said.

This, as Treasury Secretary Steven Mnuchin, announced 80 million Americans will get their stimulus payments from the government this week - a $1,200 direct deposit for most people.

"If you're a Social Security beneficiary, you don't need to do anything. You will get a direct deposit," Mnuchin added.

This comes as the number of hospitalizations and deaths in New York continues to fall. New York Gov. Andrew Cuomo said, "The worst is over. Yeah, if we continue to be smart going forward."

Coronavirus has now claimed lives in all 50 states. At a single Richmond, Virginia, nursing home, 42 residents have died of COVID-19.