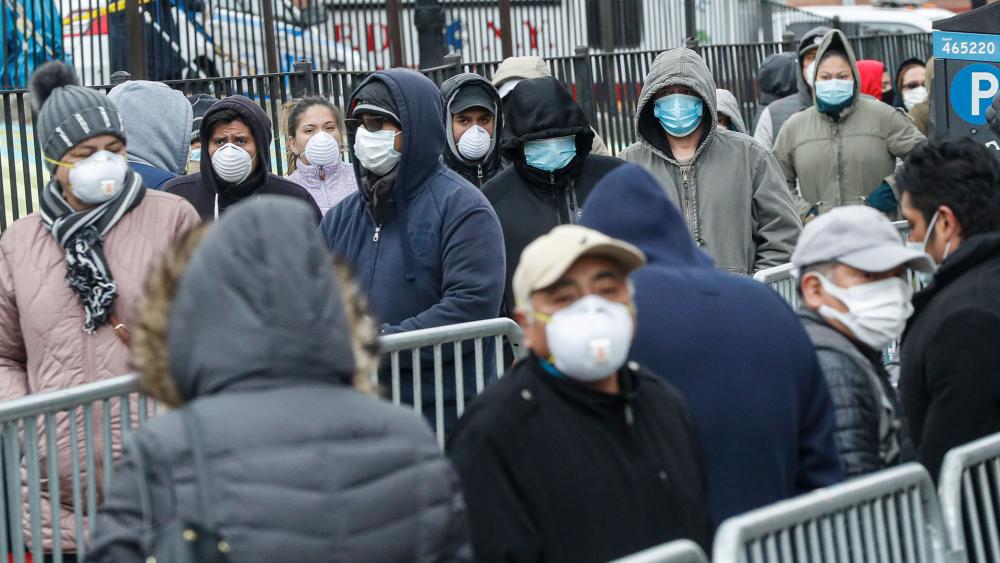 The US saw its deadliest day of the coronavirus pandemic Tuesday with 1,939 reported deaths around the country. Despite the despair, experts remain hopeful the tide could soon turn.

New York state appears to be seeing the peak of the virus this week, and while Gov. Andrew Cuomo (D-NY) says that's good news, he adds it comes with a terrible reality.

"The hospitalizations start to drop, but the death toll rises," announced Cuomo in a press conference Wednesday.

Cuomo says if the hospitalization rates keep decreasing the way it is now, the "system will stabilize over the next few weeks."

And while New York is starting to see a flattening of the curve, Cuomo warns now is not the time to get complacent.

"If we stop what we are doing, you will see that curve change," says Cuomo. "That curve is purely a function of what we do day in and day out. But right now it's flattening."

Dr. Anthony Fauci, director of the National Institute of Allergy and Infectious Diseases, told Fox News he agrees things could turnaround after this week.

"We predicted over the weekend that this was really going to be a bad week, and it is going to be a bad week in deaths, but driving that and ahead of that we're going to start to see the beginning of a turnaround so we need to keep pushing on the mitigation strategy because there's no doubt that that's having a positive impact on the damage of the outbreak," Fauci explained. But further on beyond this week, we should start to see the beginnings of a turnaround which is a good sign."

However, he also warned other metropolitan areas like Baltimore, Washington D.C., and Philadelphia are on track to be the next hotspots.

He believes we are still a long way away from having a vaccine.

"In general, if you want to do it correctly, it generally takes about a year to a year and a half," Fauci continued.

In other good news, Fauci says it looks like the original 100,000  -200,000 US death predictions are likely going to be lower due to the positive effect of mitigation.