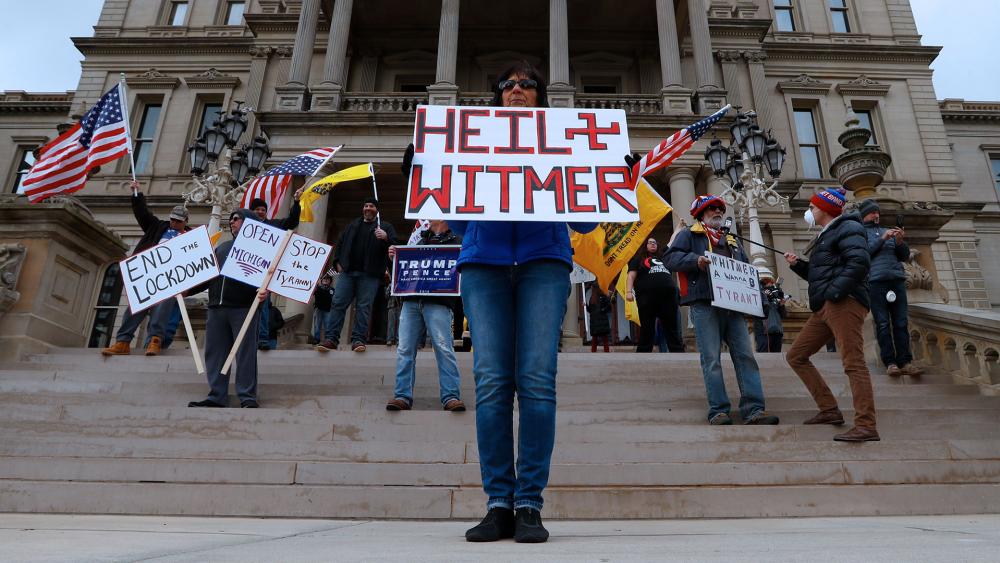 Rescuing the economy: that's the president's urgent agenda now that the country is past the peak of the coronavirus. With the economy virtually collapsing, and a new report revealing that another five million Americans have now filed jobless claims, there's no time to lose.

Although the COVID-19 death toll in the US has now topped 30,000, President Trump is touting new data that he says shows the country is past the worst of the pandemic. And he says those numbers mean it's time to introduce plans to begin to reopen the economy.

"These encouraging developments have put us in a very strong position to finalize guidelines for states on reopening the country," he said Wednesday. "Some of the states can actually open up before the deadline of May 1st."

Dr. Deborah Birx, the coronavirus task force coordinator, is affirming that some areas are better off. She says that nine states have less than 1,000 cases and just a few dozen new cases per day.

The president plans to unveil new guidelines today that will help some of the healthier states reopen their economies. The plan will likely ease social distancing in these areas while maintaining them in places like New York.

There's growing momentum to ease restrictions on business as evidence of the virus' economic toll continues to mount.

The virus has devastated the global oil market and US banks are preparing for a flood of loan defaults as households and small businesses take a financial hit.

A survey by the US Chamber of Commerce and Metlife shows that 43 percent of small businesses say they will have to permanently close within six months unless they receive some type of quick cash infusion or fast improvement in economic conditions.

These growing economic concerns are fueling an outright backlash against government restrictions. Protestors in Lansing, Michigan pushed back Wednesday against Gov. Whitmer's stay-at-home order, and in Ohio, protestors have also pressured Gov. DeWine to reopen the economy.

Some business leaders are warning the president that more testing and personal protective equipment is needed before people can go back to work.

But there's no doubt that the president is feeling the pressure from them and from some key supporters in the faith community who want to go back to church.

With the presidential campaign as a backdrop, that's plenty of motivation to move as quickly as possible to begin to resuscitate the economy.