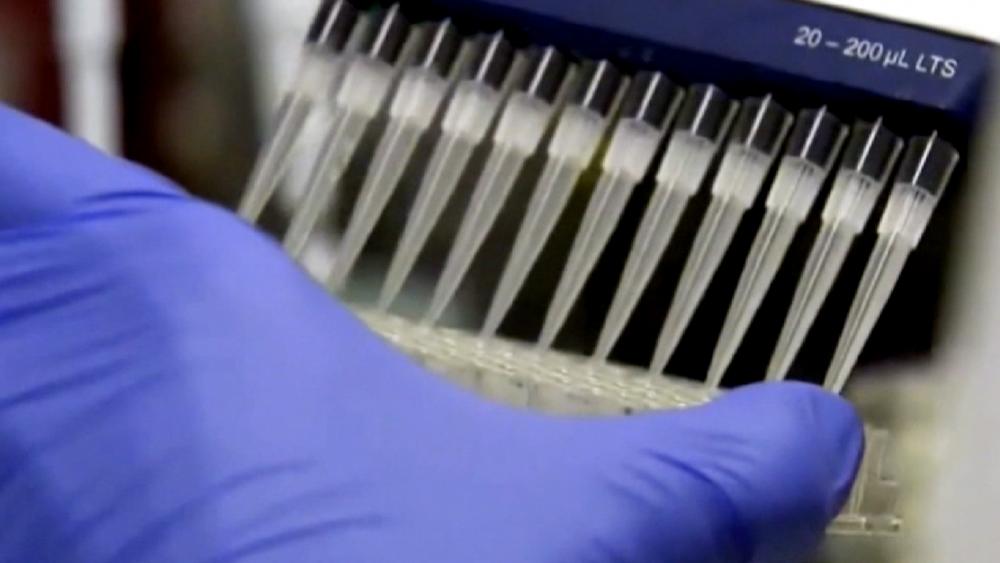 There are new reports that an Oxford University vaccine is showing promise. Monkeys given the trial drug and exposed to the virus have not caught the COVID-19 virus.

Scientists have scheduled tests for as many as 6,000 people to receive the vaccine by the end of May.

This news comes as nations around the world begin the slow process of hitting the reset button.

America is slowly opening for business. Customers are returning to some restaurants in Georgia and Tennessee. Texas will follow suit this Friday and manufacturing and construction will resume next week in Ohio.

President Trump is urging governors to also get going on opening schools.

"There's not a long way to go in the school system right now for the season, for this year. But I think you will see a lot of schools open up even if it's for a very short period of time. I think it would be a good thing," the president said at his Monday briefing.

Dr. Scott Atlas at the Hoover Institution told CBN's Faith Nation that because we know more about the virus now, more states can open back up.

"What we know is the risk of dying is extremely low, far lower than was originally thought, and its very targeted to certain groups," Atlas said.

Some Americans are still willing to take risks to fly.  A passenger's phone video on a flight from New York to Charlotte showed a plane nearly filled, and without much social distancing.

The longer the shutdown continues, the greater the concern a food shortage is coming. Thirteen of the nation's meat plants are now closed and many farmers have been unable to get their products to market.

"We have people downstate who need food. We have farmers upstate who can't sell their product. We have to put those two things together," said New York Gov. Andrew Cuomo.

Hundreds of volunteers in New York City have begun raising money to buy food from farmers and ship to others.

John Botti, co-founder of Farms to Food Banks said, "We're able to buy food from farmers, and simultaneously feed the people in the South Bronx that need that food."

Doctors now believe people with antibodies may be key to treating the most critically ill, and these former patients are donating plasma after they recover.

Just two and a half weeks ago, Jimmie Hayden was in a coma and given a  dose of experimental plasma.

Now back home with his wife and 4 kids, Hayden met the man online credited with saving his life.

Medical workers on the frontline continue to work in incredibly stressful conditions.  Dr. Lorna Breen, the medical director of the emergency department at New York-Presbyterian Allen Hospital, and who contracted the virus herself and survived, took her own life Sunday.

And worrisome news from China's top scientists, who say the coronavirus is not going to go away, but will likely come back each year.