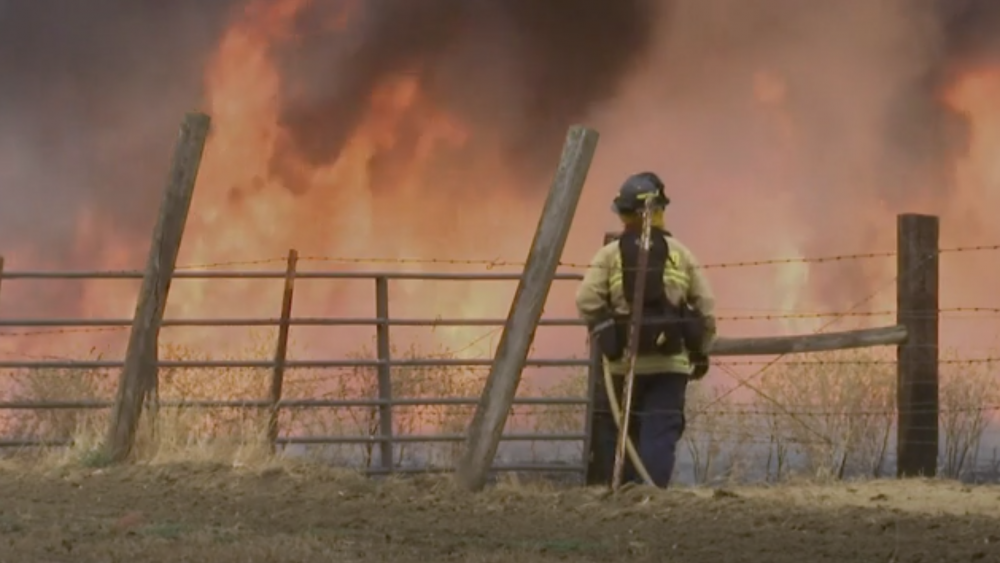 Firefighters are battling hundreds of wildfires in California sparked by what authorities are calling a historic lightning siege.

Hundreds of fires were burning across California, including 23 major fires or groups of fires that Gov. Gavin Newsom blamed on "this extraordinary weather that we’re experiencing and all of these lightning strikes.” He said the state has recorded nearly 11,000 lightning strikes in 72 hours and knows of 367 fires.

Newsom declared a state of emergency, thousands of people have been ordered to evacuate.

Near Vacaville, northeast of San Francisco, multiple fires are tearing through communities. So far, nearly 50,000 acres have been scorched.

In the Fresno area, a helicopter on rout for aerial support crashed, killing the pilot and sparked another fire.

Officials say multiple fires have now burned into each other, creating massive spans of flames called “complexes,” including one near Santa Clara that has burned nearly 100,000 acres.

And near Santa Cruz, a staggering 22 fires have burned together.

With so many blazes, resources are stretched thin.

“We have no more to give on the front lines,” Cal Fire Deputy Chief Jonathan Cox said in a news conference.

And there’s still a long way to go. As of Thursday morning, the fires were estimated to be 38 percent contained.