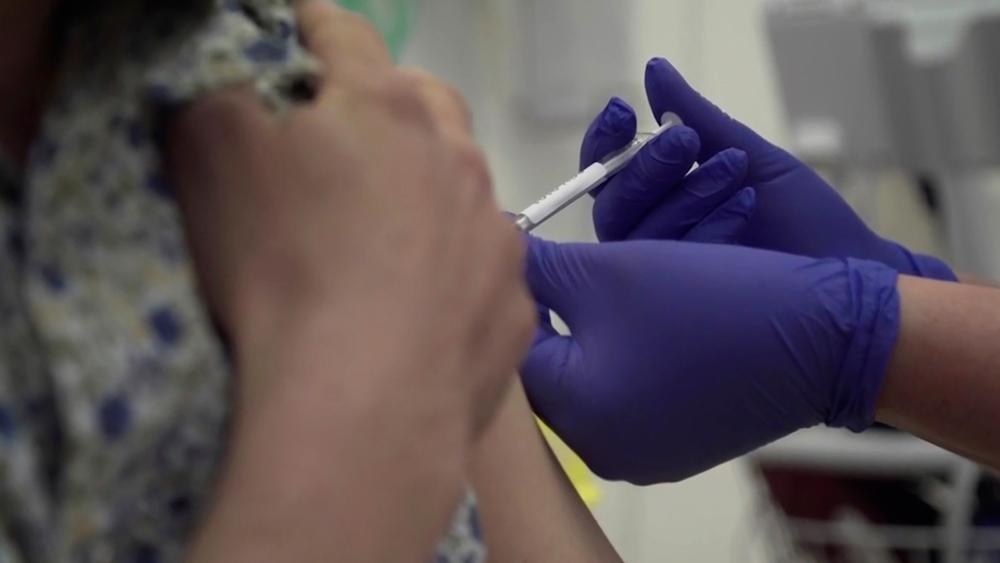 President Trump has promised a vaccine to fight the COVID-19 coronavirus by year’s end.  Recent polls show, however, up to 35 percent of Americans say they won’t get it.  In that case, could government leaders make it mandatory?

The US Supreme Court ruled a state could mandate vaccinations in 1905’s Jacobson v. Massachusetts.  That came after a smallpox epidemic raged through Massachusetts and hit children particularly hard.

Attorney Jeremy Dys of First Liberty Institute told CBN News, “In looking at an outbreak of the smallpox and a solution to the smallpox through its vaccine, the Court said there is a necessary police power to encourage people to be able to have a vaccine to eradicate this deadly disease, especially amongst children."

The military has long mandated US troops to get vaccinations. Many hospitals make doctors, nurses and other employees get them. And most schools insist on them for students. So it's no surprise some are now advocating mandatory vaccinations for COVID-19.

Virginia’s health commissioner, Dr. Norman Oliver, told a local Richmond TV station, “If we develop a vaccine that can prevent it from spreading in the community, we will save hundreds and hundreds of lives.”

When asked if he would mandate a vaccine, Dr. Oliver replied yes.

That’s not a popular view, though, among people who may not trust the science or have religious objections.

"That's where that delicate balance comes in,” Dys shared. “While the state certainly has an interest in maintaining the public health, it can't do so to the detriment of the people themselves or certainly their individual liberties that they have as well."

"But at the same time,” Dys added, "we have something called individual responsibility, which requires us not just as people of faith, but certainly as American citizens as a whole to make sure we're taking responsibility for ourselves, for the good of everyone else as well."

Victoria Cobb of the Family Foundation of Virginia advocates for a religious exemption if a vaccination becomes mandatory.

She told CBN News, “I think there are people who absolutely their faith would say ‘if this vaccine, for example, uses aborted, unborn-children fetal tissue, that we’re going to take a pass, that we’re going to say we can’t be a part of anything that would in any way denigrate the value of human life’.”

She pointed out that’s been a long-term exemption, explaining, “There are those concerned about the use of aborti-fetal tissue that gets into these vaccines in many cases, and has been an issue for people of faith and pro-life people for decades now with a number of vaccines.”

‘You Do Not Have the Right to Kill Somebody Else!’

But some lawmakers object to allowing any religious exemption, like Virginia Delegate Mark Levine, who proclaimed in a committee meeting, “You do not have the right to kill somebody else!”

And Cobb said Levine had harsh words if such non-vaccinated people then got the virus and passed it on.

“He went on to basically say, ‘I think they should receive criminal penalties',” Cobb shared.

Levine even compared such people to those who drive drunk. That drew this rebuke from Cobb: “We should not in any way allow analogies like they could be the equivalent of a drunk driver. That is shocking and despicable.”

But might it not be a person’s duty to get the vaccination to protect those around them – to be their brother’s keeper?

"That's that real delicate balance: to make sure that the government is not overstepping its role and intruding upon the rights of conscience of everyday individual Americans,” lawyer Dys explained.  “And at the same time, everyday individual Americans have to recognize that they've got a responsibility one towards another and to their fellow man and their neighbor. to make sure they're caring not only for themselves but for the whole as well.”

“No question we are called to love our neighbor, and we need to be very faithful to do that,” Cobb said.

She pointed out, though, some people fear the health effects of a vaccine on themselves, but particularly their children.

Cobb stated, “We just hope that every governor across America will understand that there are important things that need to be done for public health, but that we need to very carefully balance personal responsibility, individual liberty, and most importantly, parental rights to do what’s best for the children that God has bestowed upon us to raise, not the government.”