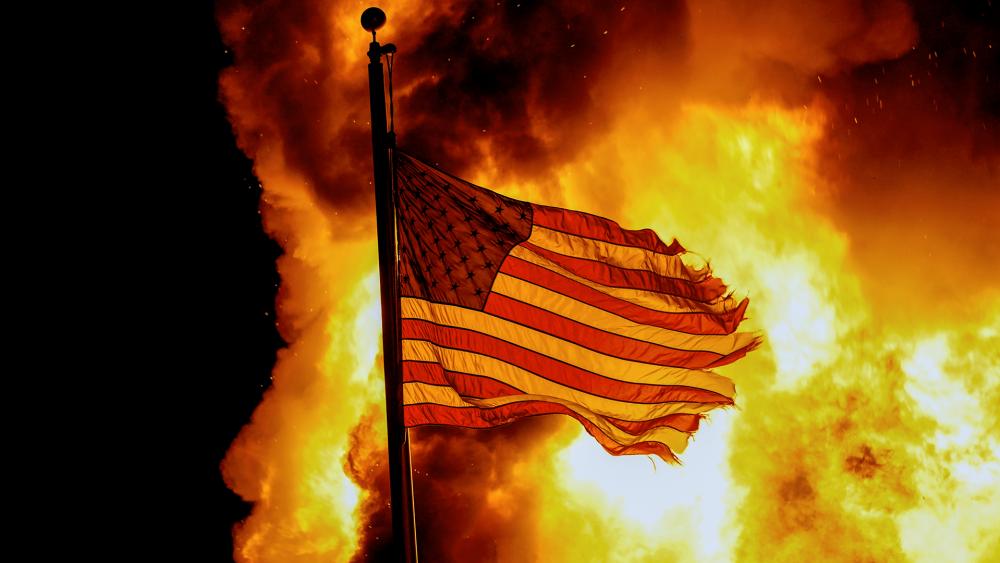 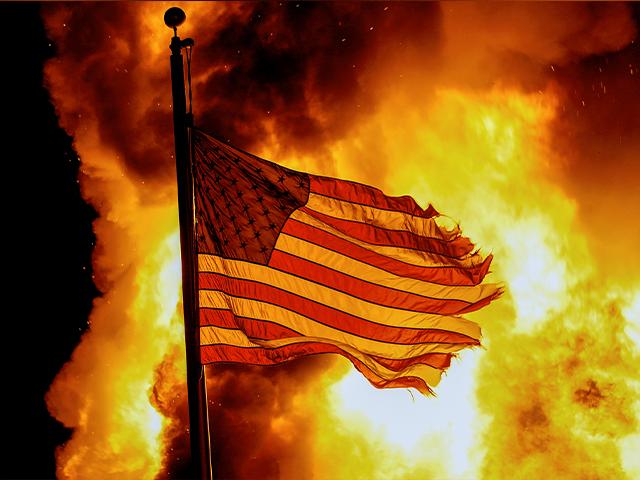 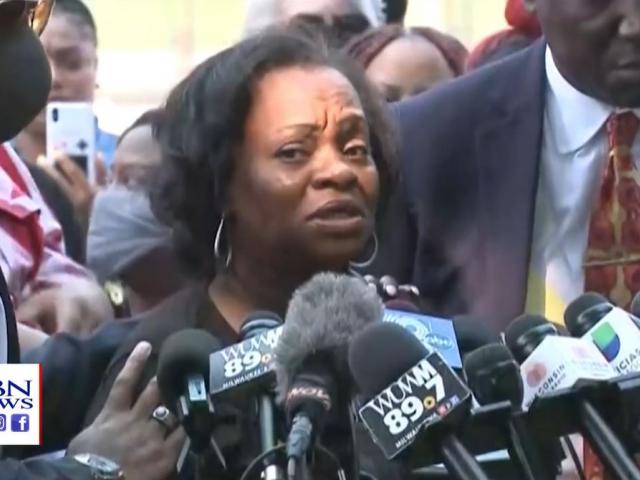 Police and protesters clashed again in Kenosha, Wisconsin on Monday for a second straight night.

Tear gas was fired and buildings were set ablaze as anger mounts over the shooting of a black man by police. Law enforcement officers pushed back against hundreds of protesters who defied a curfew, threw bottles, and shot fireworks at officers who were guarding the courthouse.

The protests began after cellphone footage showed police shooting 29-year-old Jacob Blake who was shot several times in the back in front of his children on Sunday, WLS-News reports.

Kenosha Police Department issued a press release indicating that Blake was in serious condition and that the officers involved in the incident were placed on administrative leave while the investigation continues.

"We all watched the horrific video of Jacob Blake being shot in the back several times by Kenosha police," said Attorney Benjamin Crump who is representing Blake.

"Even worse, his three sons witnessed their father collapse after being riddled with bullets," Crump added. "It's a miracle he's still alive."

Blake's father told the Chicago Sun-Times on Tuesday that his son is paralyzed from the waist down.

Several cities across the nation remain embroiled in demonstrations and violence, and racial discord clearly remains with us.

But Bishop Harry Jackson told CBN's "The Prayer Link" program that the Bible does provide a way out and the key is empowering minorities.

"Our opportunity in this moment, when so many people are moved and they want to have action after the George Floyd murder, is for the church to come together," Jackson said.

"Blacks, Hispanics, and Asians who are 18-years-old and under are a majority-minority group of people. Twenty years from now, 2040 will be a majority-minority nation whose values will shape the laws that form the land and sense of justice will be foundational for what we do," Jackson added.

He noted that the nation can "move forward across a river of division into our promised land" if we use a "Christian worldview and pragmatic Christian strategies."

But Bishop Jackson also emphasized there is a division between Black Americans and the Democratic Party.

"There's been a covenant of darkness that has gone on," he said. "The Democratic Party has even tried to take God out of its platform and so we're at this place where people who think they're scientific and think they are free from religion are actually falling out of humanistic kind of manifesto of their own."

"I think the values, lack of follow-through, and lack of leadership is the reason why many are leaving and they need a book like a manifesto to call them to action to be bold and decisive in this moment," the bishop concluded.

With his wife Sharon standing beside him, Ward explained that at Blake's mother's request and at Attorney Crump's request, he wanted to set the tone of the press conference by briefly representing Julia's faith in the name of our Lord Jesus Christ and offer a brief word of prayer.

"There are three types of law that govern a nation," Ward said. "Spiritual law, moral law, and civil law. But we are only familiar with civil law, and we are often ignorant of the ramifications of violating spiritual and moral law, which civil law alone cannot remedy.

When these spiritual and moral foundations are destroyed, societies implode. People hurt each other. And what can the righteous do? So we're calling our nation back to faith in God.

Despite our differences, every citizen of America can agree that we indeed have a monumental problem in our nation. A problem that people created, but people are incapable of solving.  And often as we tell our church, we have a sin problem. And not just a skin problem.

So I invite you to join me in a brief moment of prayer as we ask our gracious God for his help during these very perilous times," Ward said.

And he began to pray.

"Our Father in Heaven, we humbly come to you in the name of our Lord Jesus Christ. And we ask you to forgive us all for straying from our ways, from your ways and from our word which invites the curse and results in repeated harming and the destruction of each other.

I declare the mercy of God. The grace of God. The peace of God. The goodness of God. And most importantly, the love of God over Kenosha. Over black people and white people. Over citizens and police and over these United States of America.

Father, unify us by your Holy Spirit. We pray for Jacob Blake even now and ask you to heal his spirit, soul, mind and body as well as the entire family. We ask you to give us wisdom on how to navigate our way forward as we deliberate to seek justice and to seek to bring healing to a hurting nation.

In the name of our Lord Jesus Christ, we pray. Amen."

"We really just need prayers. As I was driving through the city, I noticed a lot of damage. It doesn't reflect my son or our family. If Jacob knew about the violence and destruction, he would be very unpleased. So, I really ask and encourage everyone in Wisconsin and abroad to take a moment and examine your heart. Citizens, police officers, firemen, clergy, politicians - do Jacob justice on this level and examine your hearts. We need healing," she said.

"As I pray for my son.. healing physically, emotionally, and spiritually, I have also been praying for the healing of our country. God has placed each and every one of us in this country because he wanted us to be here. Clearly you can see right now, I have beautiful brown skin. But take a look at your hand and whatever shade it is, it is beautiful as well," Jackson added.