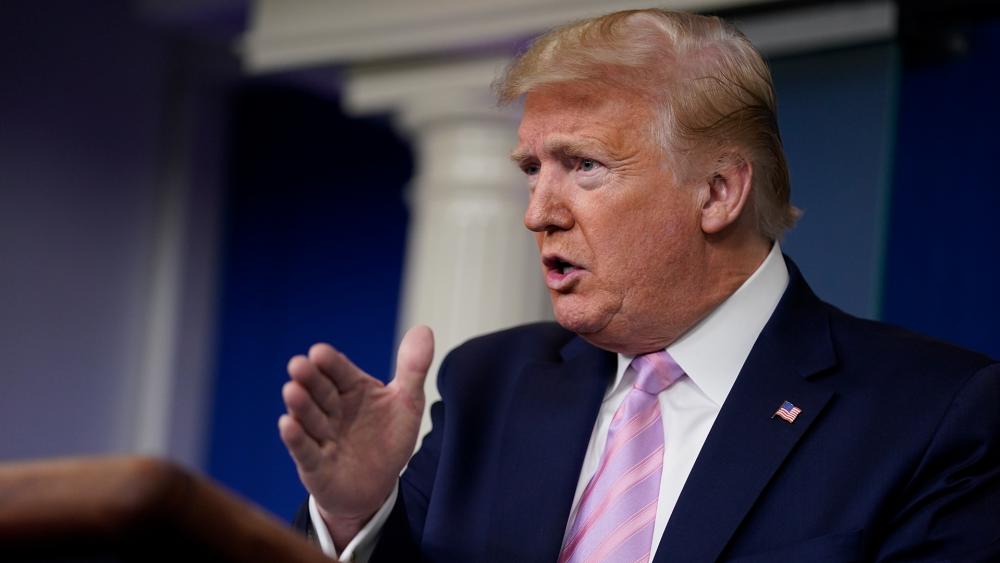 While there are still few details about the motive of a gunman wounded in a shooting incident near the White House Monday afternoon, President Trump said the shooter did not mention him during the altercation with an officer.

Trump told reporters after the incident, "It might not have had anything to do with me."

The president was briefly evacuated from a press briefing when the shooting occurred.

Secret Service Chief Tom Sullivan said the suspect approached an officer at 17th Street and Pennsylvania Avenue, at the front corner of White House, "and told the officer. He had a weapon."

The 51-year-old man then threatened the officer before charging him.

"The suspect turned around, ran aggressively towards the officer in a drawing motion and withdrew an object from his clothing," Sullivan said.

Secret Service agents opened fire. The suspect was reportedly shot once in the chest and was reported to be in critical condition at a hospital.

He never made it onto the White House grounds.

President Trump, in the middle of a press briefing on Live TV, was interrupted and quickly whisked away to safety.

Reporters were seen peering out windows, trying to see what was going on.

Outside, officers were seen running with guns drawn, streets near the White House were blocked off, and emergency personnel rushed to the scene.

Less than 10 minutes after the shooting began, the president was back at the podium, and when asked if he was upset about incident, answered:

"Do I seem rattled?"