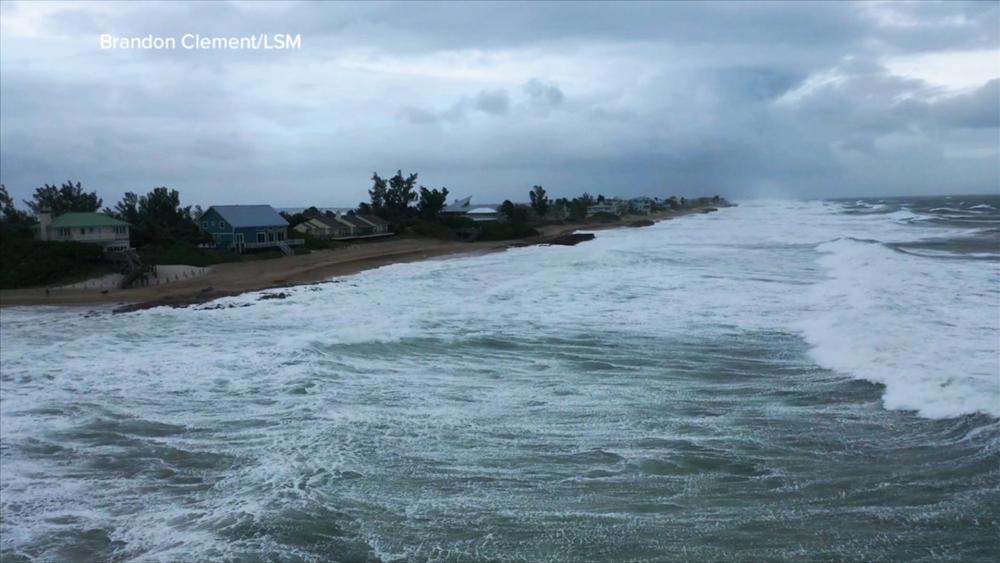 Hurricane Isaias made landfall overnight in the Carolinas, coming ashore near Myrtle Beach with 85 mile-an-hour winds as a Category 1 hurricane.

Residents of the Carolina coast were prepared for the worst, but the storm still left a deadly path, killing at least four people as it spawned numerous tornadoes.

Downgraded to a tropical storm soon after landfall, Isaias knocked out power to 2.8 million electric customers across North Carolina, Virginia, and other states, along with tornado warnings.

In Windsor, North Carolina, at least two people were killed, others left missing, and more than 20 people injured when a suspected tornado touched down at a mobile park.

Many sheltered in place, but with Coronavirus fears, evacuees were getting their temperatures checked before entering shelters.

Tidelands Medical Center in Myrtle Beach, which had to call in the National Guard weeks ago to help handle COVID-19 cases, was preparing for more patients after the storm. Dr. William Richmond said, "Been here 35 years, we've never seen a situation like this where the hospital has seen this much stress."

And in parts of Richmond, Suffolk, and Portsmouth, Virginia, families there beginning to pick up the pieces after downed trees caused severe damage to multiple homes.

Power companies from North Carolina to New Jersey have been deploying crews trying to restore electricity to 760,000 people.

Isaias is now sprinting up the East Coast. Its high winds are headed for New York City which still remembers Superstorm Sandy, the storm that caused devastating coastal flooding and destroyed parts of the city in 2012.

One New Yorker said, "I think it's like post-traumatic stress since Sandy. We hear 'hurricane' and we get nervous."

Workers were putting up mile-long barriers in low-lying areas like lower Manhattan to keep the water out.

Accuweather meteorologist Justin Povick said, "There is going to be the concern for coastal flooding and also storm surge; that is that water level rise and inundation from one to three feet, from Cape Cod south toward the Delmarva (peninsula)".

The Atlantic coast has seen worse, but Isaias could stay at or near tropical storm strength all the way to New England.