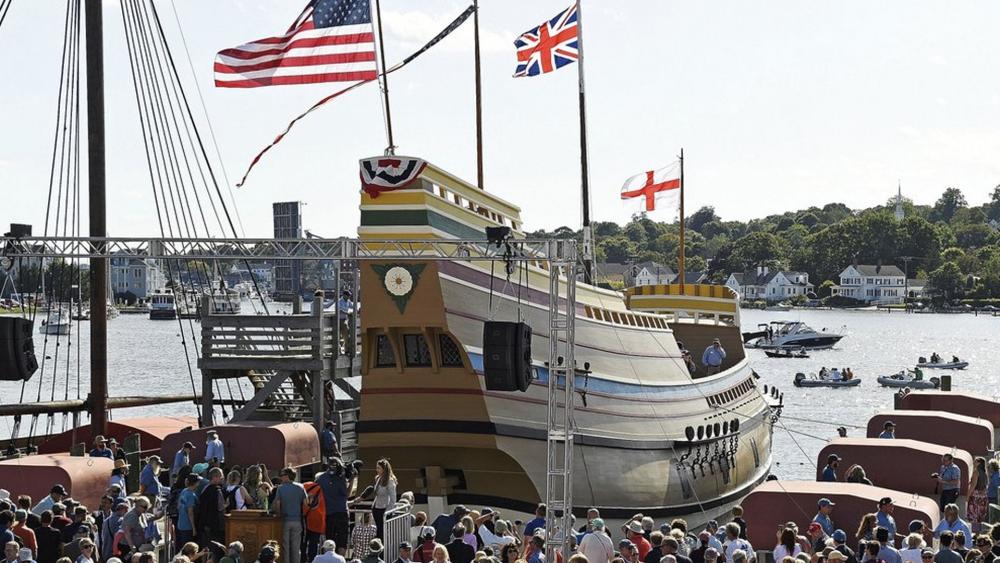 The Mayflower II, a replica of the ship that brought the Pilgrims to America, is now docked in Plymouth Harbor, just like the original one did in 1620.

It took more than three years and cost an estimated $11 million to restore the vessel.

The 106-foot ship was gifted from England in 1957 and sails on wind power alone, just like the original.

It set sail last month from the Massachusetts Maritime Academy in Bourne and made several stops at ports in Connecticut and Massachusetts. The vessel arrived in Plymouth on August 10.

The Mayflower II is docked at the Pilgrim Memorial State Park in Plymouth and will be open for exhibit on August 12.

A few of our favorite photos from the Mayflower II's return to Plymouth today Many more to come! courtesy Alison Arnold #mayflowerhomecoming

It's hard to say for sure, but the ship is said to closely resemble the actual Mayflower. No one quite knows what the original ship looked like when it landed in America 400 years ago.

Plymouth residents were eager for the 64-year-old historic reproduction to arrive.

"She's home! We've been waiting a long time," local resident Karen Gilligan said. "We couldn't believe the colors. It was awesome, just beautiful. Before it was all dull."

Original plans included a departure in late April with several stops throughout southern New England ports, then arriving in Plymouth in May.

That included being led into Boston Harbor with the USS Constitution for a maritime celebration highlighting the 400th anniversary of the original Mayflower voyage.

But the coronavirus pandemic pushed plans back to the summer.

To find out more about the Mayflower II and tour tickets, click here.