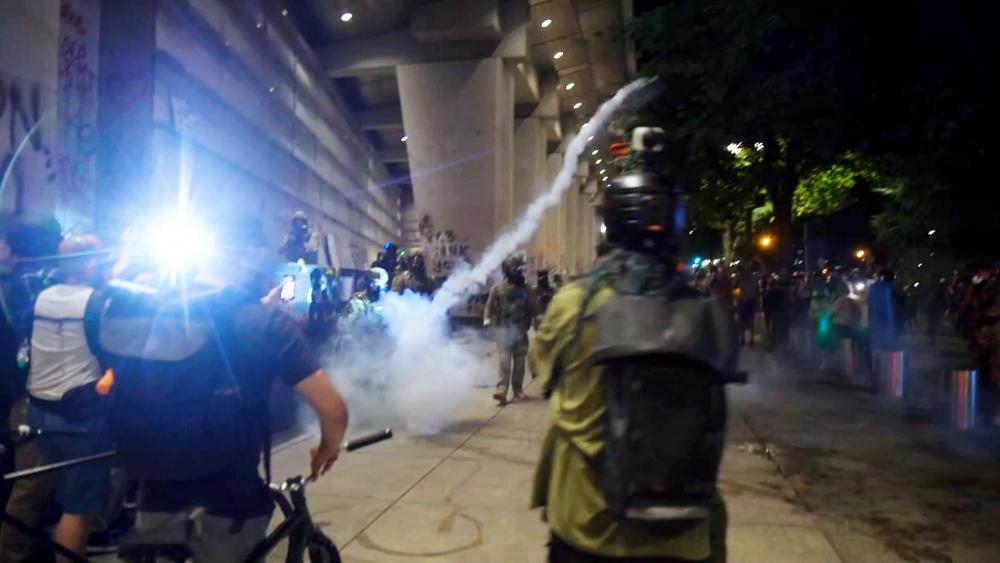 SEATTLE, Washington – Seattle Police Chief Carmen Best has just announced she's stepping down. She made her decision public on the same day the city council approved cutting the police department by nearly $4 million and 100 officers.

Best was the city's first black police chief. Her announcement comes as law enforcement organizations across the country are experiencing serious budget cuts amid the push to defund the police. That's happening despite an increase in crime in many major cities.

You might not hear it from media outlets, but in Portland more than 270 federal officers have been injured protecting buildings since May. And here in Seattle, one day of recent rioting led to 59 officers getting wounded by rocks, bottles and improvised explosives. Still, even though nightly violence and skyrocketing crime rock American cities, some politicians are echoing the call to defund or even abolish the police.

Here, business owners board up stores for protection from groups like Antifa while their city council members demand cuts in police budgets.

Seattle Council Member Kshama Swant said, "Today I am unveiling our budget proposal to defund Seattle Police Department by 50% right now, for the rest of the year 2020 and to take that money and invest in black and brown communities."

The impact of this war on cops can be devastating, according to Louisiana Congressman Clay Higgins. And as the only US representative still certified as a law enforcement officer, Higgins has frontline experience.

"I would say to the city leaders and elected officials that are getting on this bandwagon – those that would crucify the police officers that serve their cities – get another job! One that doesn't come with an oath. Because the men that you are crucifying, their job began with an oath. That oath was not to a mayor or a governor or a chief or a marshal or a sheriff. It was an oath to the Constitution," Higgins said.

"It's easy for you to say, 'Abolish the police department', with your protective detail. What are the communities that you're supposed to represent, what are they gonna do? You gonna call a social worker at two o'clock in the morning to respond to violence? You know what that equates to? That social worker becomes another victim," Higgins chided.

Higgins believes up to a third of all cops in some districts could resign in the coming year, leading to dire consequences.

"You've got maybe a million certified cops across the country. No matter what happens now, if we flip the switch in the other direction, they've already come under so much fire...unrighteous fire...cops...their families are being eaten alive by the communities that they serve, by politicians and corrupt media. They're gonna leave," he warned.

What just happened in Seattle was warned about beforehand as well.  Seattle Police Chief Best posted this open letter to the city council on August third, writing:

"Before this devolves into the new way of doing business by mob rule here in Seattle, and across the nation, elected officials like you must forcefully call for the end of these tactics."

Americans have been hearing a lot about the new normal as we've gone through this COVID crisis, and unfortunately, in too many of America's cities, boarded up windows are becoming the new normal in city centers.

Here in Seattle, CBN News noted something ironic about one of the boarded-up buildings. It's a Starbucks coffee roaster, here in the very city where they are based. It may be one of the most liberal companies in America, but even Starbucks is not immune to the predations of the mob.

"Our nation will not make it without a strong, standing police force across the country. And these cops have options, man," Higgins warned.

"Your best cops across the country, your most experienced ones, they've turned down jobs in corporate America, earning more money," he said. "That's the line between the community and crime."

And while this "defund the police" movement is gaining support with the hard Left, a new poll shows 86% of Americans oppose the idea. As for policemen and women across the country, they may soon be looking for a good place to retire.

"America needs police, because men are imperfect," Higgins said. "You do away with police departments, or cut them to the quick – evil will take over.  Crime will run rampant."