'They Don't Care About Black Lives': One Woman's Fight Against a Narrative She Calls a 'Lie' 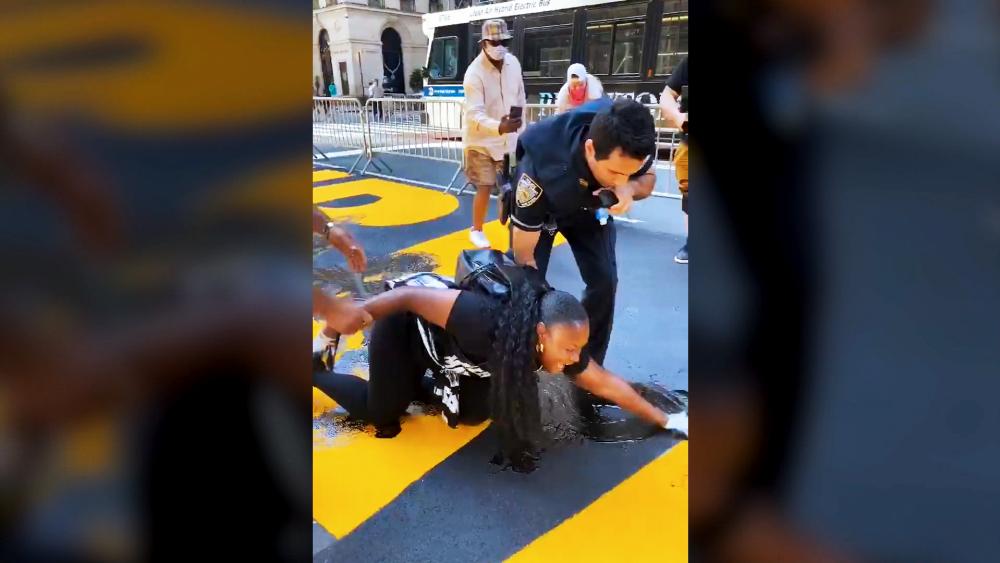 It started with a van full of paint cans on the streets of New York outside the Black Lives Matter mural in Midtown Manhattan. And then Bevelyn Beatty began her task, dropping to her knees with paint in-hand yelling, "They don't care about black lives, they're liars."

Bevelyn Beatty's actions and video went viral last month and she tells CBN News she had one thing on her mind the whole time. "I have to paint this mural. I have to cover this mural," she explains from her home in New Jersey. "I was so tired of this black lives matter narrative...we're going to hit it. We're going to fight and we're going to stand and God is with me. And that was it."

To understand Bevelyn Beatty's actions and motive you need to know her back story. She grew up in the inner city on welfare. After seeing people close to her die, Beatty went out on her own, got into trouble, and seven years ago, wound up in jail on money laundering charges. It was there where someone shared the Gospel with her and she gave her life to Jesus Christ. "When I got out of jail, honey, you couldn't get me to steal a pack of bubble gum," she said. "You couldn't get me to do nothing."

As a changed woman, Beatty became a Christian activist in the fight against abortion working for "At Well Ministries." Today, she's speaking out against the Black Lives Matter organization, especially the part of its creed about how they look to disrupt the "western prescribed nuclear family structure."

"Black Lives Matter is against black men because a man is truly not a man unless he's a leader in his own family," she said. "This is a portion of his identity because this is what God ordained from the beginning."

Beatty also points out how the organization is selective on its topics. "The number one killer of black people is abortion, she said. "We're killing ourselves."

And then there's the violence she's seen. "Black Lives Matter will never address black-on-black crime," she says. "As black people, we're headed towards extinction. Black Americans won't exist no more by 2050 with the route that we're going because if we're not killing each other on the streets, we're aborting each other's babies."

She sees politics, especially the Democrat party, driving it all. "They're using us, they've been constantly using us," she said. "We keep giving them the votes. That's why Joe Biden had the audacity to say, 'if you don't vote for me, you ain't black.'"

She's fed up with it all. She sees America changing before her very eyes and wants to see other Christians rise up with her.

For Bevelyn Beatty, in the end, it's not politics that matter, it's only Jesus. "I am a Christian, this is about Christianity, this is about Jesus," she said. "They want Christians to shut up. They want us to bow…we're going to be shaking it up and letting people know Jesus is Lord and the only thing that matters is Jesus."