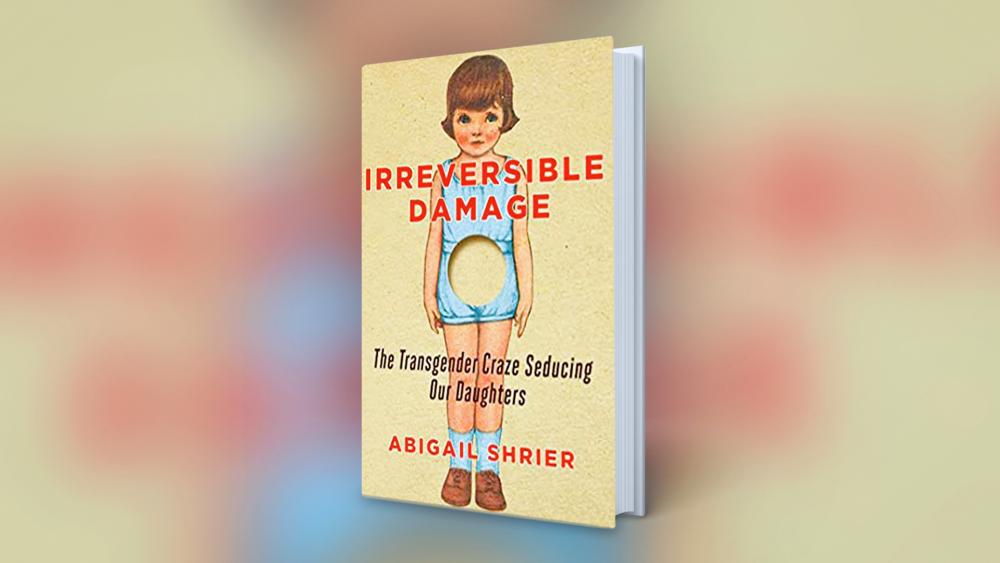 From banning to burning, a top-selling book on transgenderism is making waves. The book examines why teenage girls are suddenly coming out as trans, but it doesn't check all the right boxes on the trans agenda, so it's been under fire for months.

Author Abigail Shrier believes it's the prerogative of adults who identify as transgender to have medical procedures to change their appearance to fit their desired gender. But she's concerned about offering that decision to children, especially those whose parents oppose it.

Her book Irreversible Damage, published by Regnery Publishing in June, chronicles the transgender craze among adolescent girls and the professionals who pave the way for them to get puberty blockers, hormones, and surgeries.

A graduate of Yale Law School and writer for the Wall Street Journal and Newsweek, Shrier focused her book on social contagion and pediatric medical issues in transgenderism.

She told CBN News recently, "All I'm asking for is more medical oversight, caution, and awareness that this is being a social-driven fad, so nothing so outrageous at all."

But transgender activists disagree and have called for an end to sales of her book. Chase Strangio, a staff attorney with the American Civil Liberties Union, calls the book "dangerous" and calls on activists to "fight these ideas which are leading to the criminalization of trans life."

He has also called for banning sales of the book. "Stopping the circulation of this book and these ideas is 100 percent a hill I will die on," he tweeted.

Grace Lavery, an associate professor in the University of California - Berkeley English department, called for the burning of the book at one point although she later retracted that statement and said she merely wants to mock it.

Top booksellers have also pushed back against Irreversible Damage.

Regnery says Amazon blocked its paid ads for Shrier's book, and this fall Target agreed to ban the book after customer complaints. Now, Target has the book listed again, but it's sold out.

Shrier said it's tough to sell a book that doesn't conform to woke politics when a few major booksellers dominate the market.

"They will, at whim I suppose, disappear books when they've decided it's in their best interest to do so," she said.

Ironically, Regnery believes that some of the resistance has helped sales. After the Target ban, it reported that the book's daily sales jumped from 50 to 800. Irreversible Damage has now gone to a third printing. It's the #2 Amazon LGBT demographic studies book after enjoying time as #1.

Shrier believes the sales have stemmed in large part from the parents of children who identify as transgender.

"The book has a lot of grass-roots support from parents who feel like they have no other voice," she said. "They have lived through the horror of having their daughter suddenly identify as transgender out of nowhere and have every adult around her undermine the parents and push her towards transition."

Shrier says the support is telling, given the pushback around the book and the lack of reviews from the mainstream media.