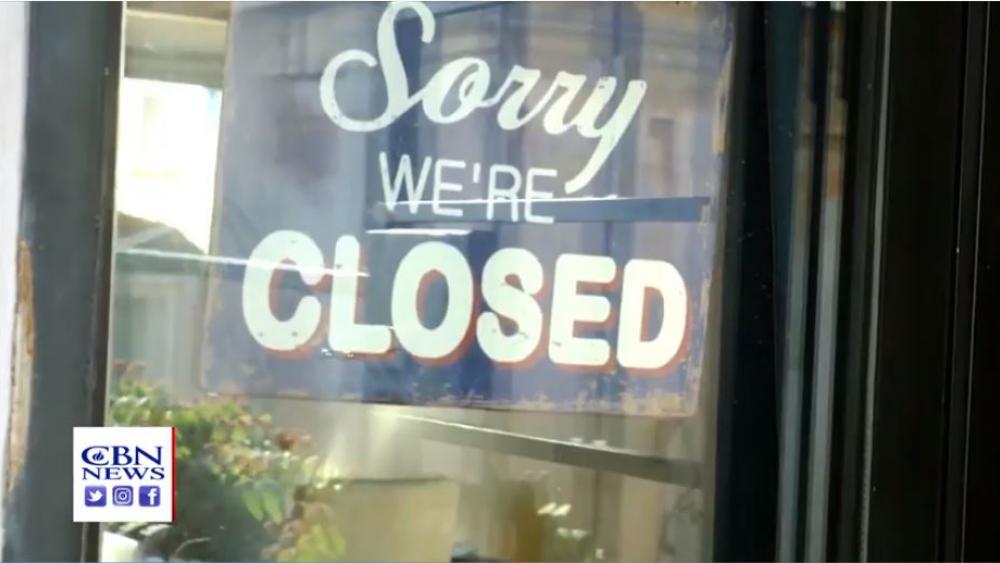 Mark Hamrick, Washington bureau chief, and senior economic analyst at Bankrate.com appeared on the Thursday edition of CBN News' Faith Nation to talk about the economy and if it's back on track. Faith Nation is seen weeknights on the CBN News Channel.

With Congress set to adjourn in two weeks, time is running out to approve another coronavirus relief package, and lawmakers are feeling the pressure to compromise.

Democrats have cut their demands for a whopping $2 trillion stimulus measure by more than half, hoping to break a logjam with Republicans to deliver some much-needed economic aid before the current congressional session ends.

The announcement was apparently aimed at Senate Majority Leader Mitch McConnell who has been unwilling to budge after his skinnier $550 billion Senate plan failed twice.

This week a bipartisan group of lawmakers told congressional leaders to get something done.

Sen. Joe Manchin (D-WV) said, "We're not blaming anybody for why they haven't come to an agreement. It wasn't enough, it was too much, whatever. We know what's necessary right now in a timely fashion."

For example, nearly a third of small businesses in New Jersey are closing their doors once again, anticipating another a major COVID spike. Thousands of small businesses across the US have closed permanently, unable to survive the lockdowns and the ensuing shift to online retail giants like Amazon.

Treasury Secretary Steve Mnuchin and Federal Reserve Chairman Jerome Powell have urged Congress to pass another stimulus, with Powell warning that without more help, parts of the economy could be lost.

But if the stimulus package is scaled down, that makes the chances for another $1,200 stimulus check for many Americans, less likely.