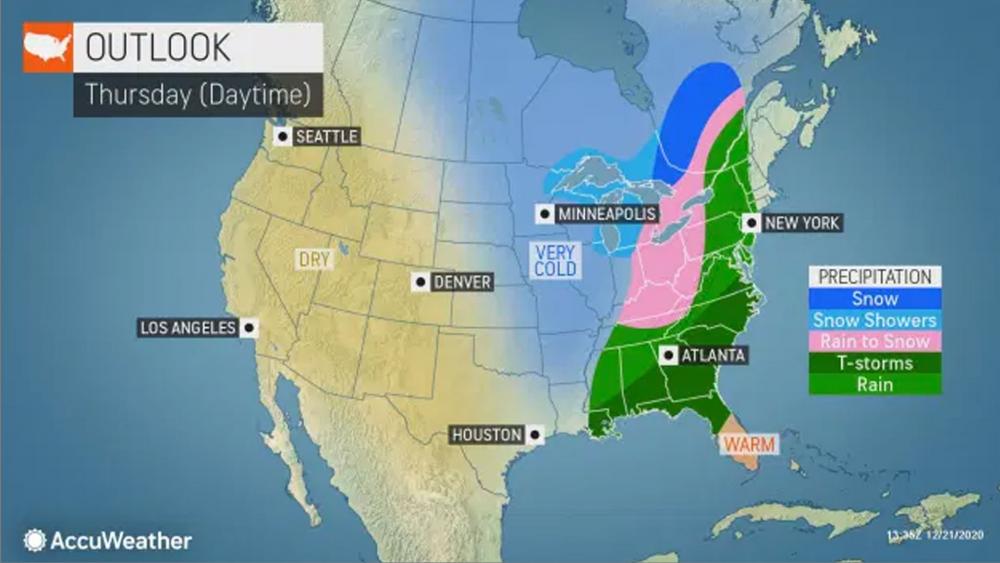 While a large winter storm will usher in a blast of Arctic air into the eastern U.S. around the holiday this week, heavy rain, gusty winds, and even some locally strong thunderstorms will threaten to dampen the holiday first.

"A potent storm will slowly move across much of the eastern U.S. Christmas Eve during the day and on Christmas itself," explained AccuWeather Meteorologist Jessica Storm.

"Ahead of the storm, milder air and a lot of moisture will surge northward along with gusty winds. The storm will tap into all this moisture to spread drenching rain across a large swath of the East." 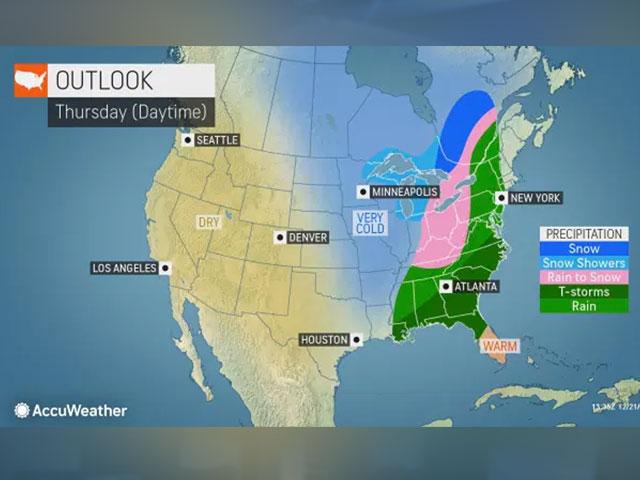 (All graphics courtesy of Accuweather)

Areas all the way from the central Gulf Coast eastward through the Southeast and northward through the Appalachians, mid-Atlantic, and New England will see a soggy Christmas Eve, being doused with rain before the mid-winter cold returns.

Rainfall amounts of 1 to 2 inches will be common and where the heaviest rain can occur, 3 inches or more of rain could fall, with an AccuWeather Local StormMax™ of 5 inches.

One area of particular concern is the interior Northeast, which was just buried by feet of snow last week. Some of the heaviest rainfall totals from this storm could now target those same areas.

"There is the equivalent of 1-2 inches, in some areas even 3 inches of rain locked up in the snow cover across much of Pennsylvania into New England," commented AccuWeather Senior Meteorologist Brett Anderson. "Combined with another 2 or 3 inches of rain and mild temperatures, all of that could melt and run off quickly and cause some significant flooding issues in the region." 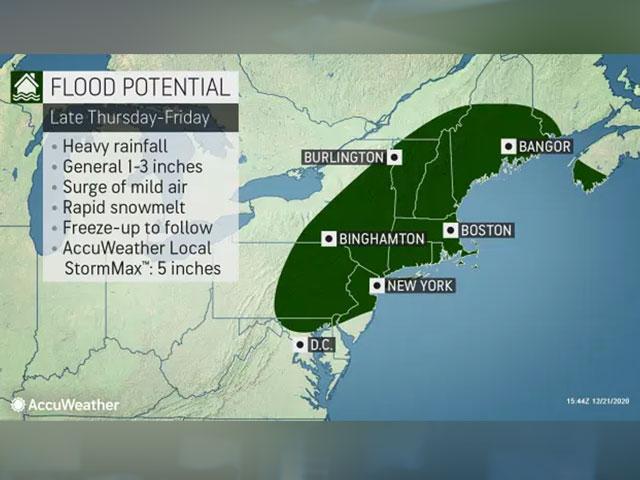 "The area at greatest risk for rapidly melting snow and major flooding is likely to be where there is deep snow on the ground, but also where a surge of warm, moist air overlaps with strong winds," according to AccuWeather Senior Meteorologist Alex Sosnowski.

"Thinking of the rapid snowmelt and flooding event from January 1996, this time the area may be centered on New England more so than farther west over the southern tier of New York state and northern Pennsylvania as temperatures may only be several degrees above freezing as opposed to the 50s in New England," Sosnowski explained.

This time, the snow may be deep enough and the air cool enough to allow the existing snow on the ground to absorb the rainfall over parts of northern Pennsylvania and southern New York state.

However, even in areas with little or no snow on the ground, there will still be a potential for some flooding.

"The slow-moving nature of this storm system means that heavy rain could persist over some areas for an extended period of time, leading to rapid rises in area creeks and streams and flooding of streets and poor-drainage areas in more urban locations," Storm said.

As temperatures quickly crash on the backside of this storm system, all of the standing water that could develop from the Appalachians and mid-Atlantic through the Northeast could then turn into a sheet of ice.

Despite the thick cover of snow, all of the mild air and rain expected to surge into the Northeast will prevent many from ending up with a white Christmas. Many in the region will have to hope for some fresh snow on the backside of this storm to regain a white covering on the ground. 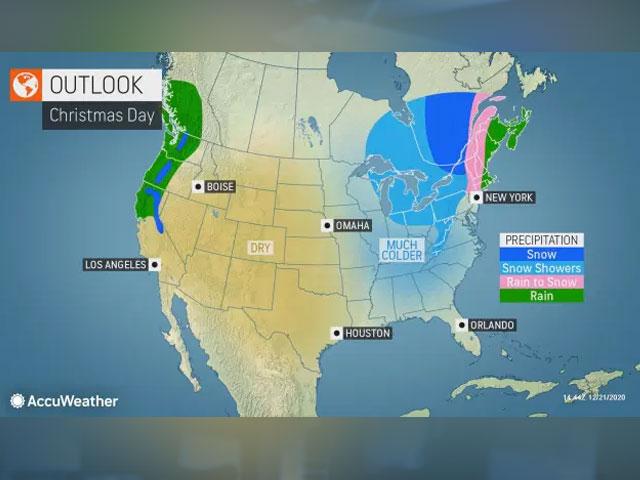 Heavy rain won't be the only facet on the warm side of this storm that some communities will have to worry about.

"Gusty winds and strong thunderstorms will also be a threat to some areas," says AccuWeather Meteorologist Joe Curtis.

"As the energy from the storm meets the warm and moist air in place the Southeast, severe thunderstorms could develop Christmas Eve during the day and last into the night."

Areas from Mississippi and Alabama eastward to the Carolinas will have to be on guard for these feisty storms. "Damaging wind gusts look to be the main threat at this point, but there could also be a threat for tornadoes as well," Curtis said.

Those taking their holiday celebrations outdoors in the warm and breezy Christmas Eve afternoon or evening in the Southeast, should keep an eye on the sky and make sure they can seek safe shelter quickly should inclement weather strike.

Farther north, while severe thunderstorms won't be the offing, damaging winds could still also be a threat. Strong winds will roar onshore in parts of the mid-Atlantic and New England as the storm advances.

Localized power outages will be a threat, and could leave some celebrating Christmas Eve or Christmas morning in the dark. The strongest winds will be right at the coast, where the wind will also generate rough surf and some coastal flooding, especially at times of high tide.

"It certainly is not looking like a quiet night before Christmas for most of the East," Curtis concluded.