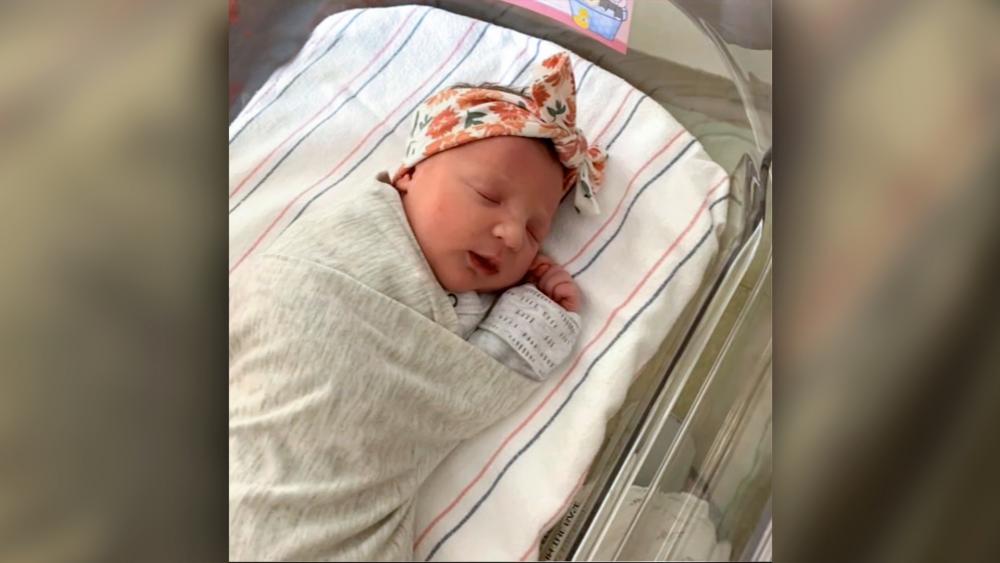 A Tennessee couple who struggled with infertility issues for years is delighted to welcome a second daughter into their family by way of embryo adoption. And this one is making some big headlines.

Tina and Benjamin Gibson from Knoxville celebrated the birth of Molly on Oct. 26. She was born from an embryo that had been frozen for 27 years until the Gibson's adopted it in February.

The infant has reportedly set a new record as the longest frozen embryo to yield a live birth. And Molly's birth broke the previous record held by her sister Emma, who was frozen for 24 years before her delivery in Nov. 2017.

"We're over the moon," Tina told the BBC. "I still get choked up. If you would have asked me five years ago if I would have not just one girl, but two, I would have said you were crazy."

The two embryos were frozen simultaneously and are full genetic siblings. They were thawed close to three years apart after the couple contacted the National Embryo Donation Center (NEDC). The Christian non-profit organization in Knoxville assists hopeful parents with receiving donated embryos.

"It is very rewarding for me to see an embryo that was frozen years ago result in the birth of a lovely baby," said NEDC Lab Director Dr. Carol Sommerfelt. "I feel honored to be part of the process."

And NEDC President Dr. Jeffrey Keenan explained that adopting a frozen embryo is a remarkable alternative for couples who want to experience as much of the actual pregnancy process as possible.

"Embryo adoption is a fantastic option for so many couples," Keenan said in an NBC News account. "It's an exceptionally successful and very cost-effective option, and it's sometimes really the only option for couples where the mother can actually experience a pregnancy and the birth of a child."

The organization wrote on their Facebook page that they were, "Praising God for the miracles of Emma and Molly!"

The NEDC believes the lifespan for frozen embryos is limitless, but the timeline is smaller due to the age of technology.

"It's entirely possible that there will someday be a 30-year-old embryo that comes to birth," said NEDC Director Mark Mellinger.

Even though this option wasn't how the Gibsons originally planned to start a family, they took a "leap of faith" and see their two girls as "such a miracle," Tina told the NY Post.

"To us, it's more unbelievable that we have two precious little children that we never thought we could have and we feel blessed," she added.