Snow, Icy Conditions Could Bring a Chilling End to 2020 for Parts of the Central US 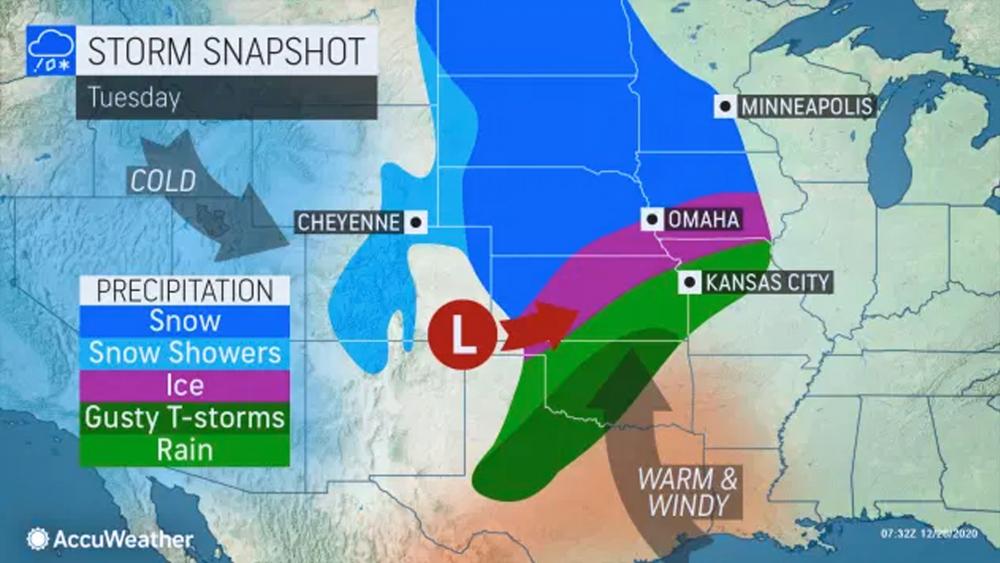 A major storm system is going to bring a chilling end to 2020 for parts of the nation.

Accuweather reports a system that moved in over the weekend into Monday created significant winter storms with ice, blizzard conditions, and extreme cold.

It's tracking through the southern portions of the western part of the country.

After bringing a fresh accumulation of snow to the Rocky Mountains through Monday night, the storm will move out over the plains, according to Accuweather.

It is here the storm is expected to strengthen and spread precipitation across the center of the country on Tuesday and Tuesday night. 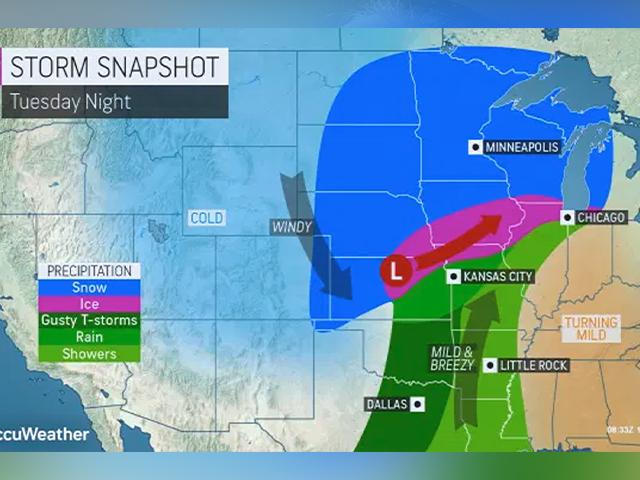 Meteorologists say the storm will draw moisture from the Gulf of Mexico and that will create more and heavier precipitation in the middle of the week.

Thunderstorms are expected in the south with some downpours that could lead to flash flooding.

As the mild air meets the colder air in the northern plains, this will cause the precipitation to change to an icy mix. Ice may build up over parts of southeast Nebraska, northeast Kansas, northern Missouri, and southern Iowa.

As the storm moves north, it will meet colder air allowing the precipitation to fall as snow. Snow is expected from Kansas and Nebraska to Wisconsin and Michigan. Snowfall totals could reach 6 o 12 inches according to Accuweather meteorologists.

In addition to heavy snow, as the storm strengthens, wind speeds will also increase. The combination of these two factors may ultimately lead to blizzard conditions in some areas.