Stormy Weather to Return to West Coast to End 2020 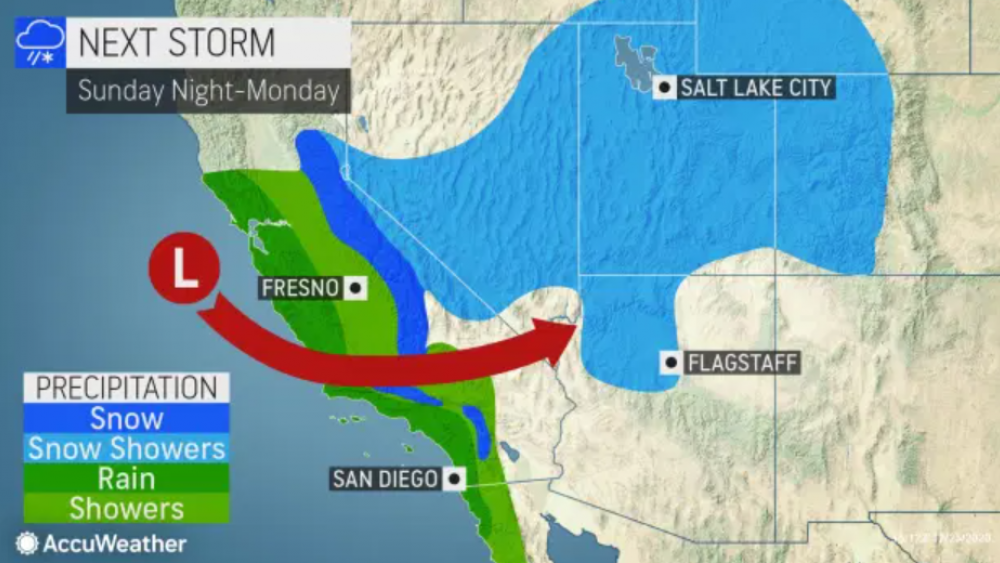 After a brief reprieve from rain and snow along the West Coast, stormy weather is set to return for the final week of 2020.

The first of two storms reached the west coasts of Washington, Oregon, and northwestern California on Friday, and precipitation steadily continued to push inland through Friday night.

The storm delivered periods of heavy rain and windy conditions to the coast, but rain mixed with snow farther inland. All snow will continue to fall in the higher elevations. The heaviest snow will fall through Friday night in the Cascades, and into early Saturday for the northern Rockies of Idaho and Montana.

Snow levels fell throughout the storm, starting around 3500 feet in the Washington Cascades, but falling to as low as 2500 feet Friday night, leading to some travel issues through some mountain passes.

Farther south, snow will continue to fall in the Sierra Nevada mountains of California as well as the higher elevations of Nevada through Friday night. Rain will also continue to spread from San Francisco southward, but likely will stay just north of major cities in Southern California, like Los Angeles and Santa Barbara. 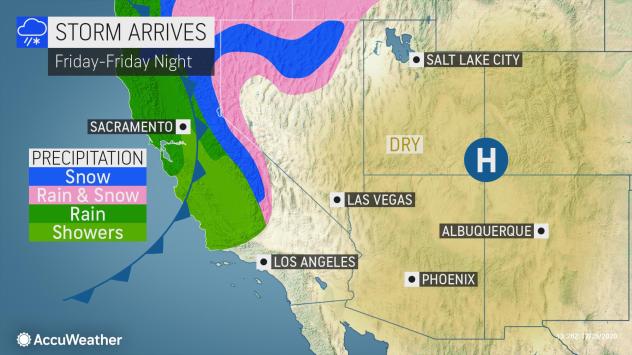 Any precipitation in California, Oregon, and Nevada is likely to be welcome by most, even what fell on Christmas Day and Christmas night. Portions of each state are still in extreme drought, according to the US Drought Monitor's update this week. 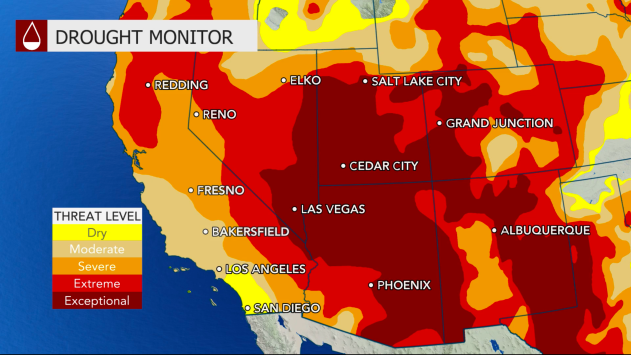 By Saturday afternoon, most of the precipitation associated with the storm is likely to move into parts of Idaho, Montana and Wyoming, leaving most of the West Coast dry through the end of the weekend. However, another storm will follow shortly behind the first.

Wet weather is expected to hit the western shores of California as early as Sunday evening, and push inland through Monday morning. 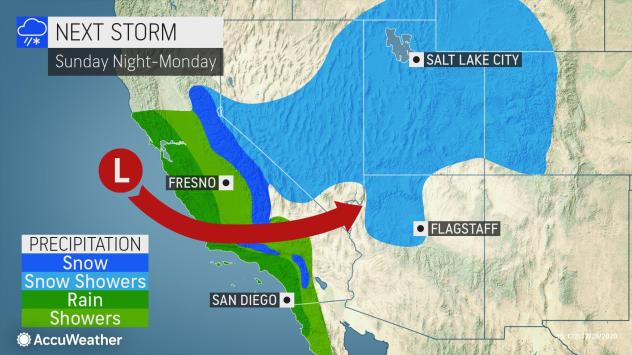 A storm taking this track usually is unable to tap into subtropical moisture, limiting the amount of rain the storm is able to produce.

"While this storm will allow for beneficial rain across parts of the region, it is unlikely to be enough rain to put a dent in ongoing drought," said Houk.

Rain could make for slick roadways for those traveling Sunday night and Monday, causing travel delays. Houk also added that it is not out of the question for some thunder to occur with this storm.

Farther north, another round of snow is expected for the Sierra Nevada, which will be welcome for any open ski resorts.

Snow is forecast to expand through Nevada and into Utah and northern Arizona through Monday afternoon as well.

By Tuesday the storm is expected to continue eastward in the Plains and become the next major winter storm, and perhaps even the next blizzard for parts of the region.