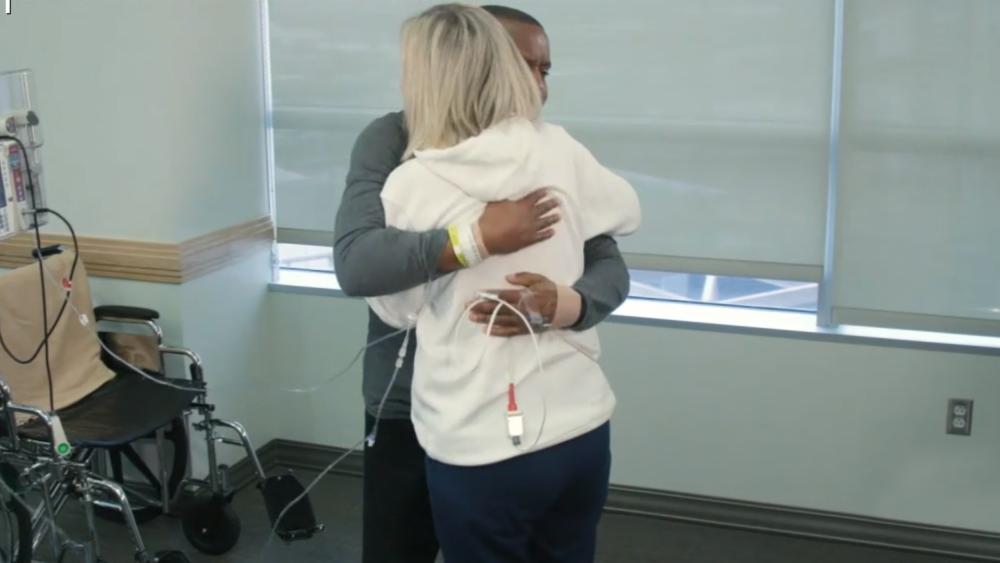 A principal in Arlington, Texas followed her faith after God called her to donate a kidney to a father of three of her students.

Sarah Schecter, the head of lower school at The Oakridge School, teaches her students about kindness and having character, so she modeled her own message, The Dallas Morning News reports.

Schecter found out that Nate Jones was in need of a new kidney after in 2018. Jones' wife Amenze told Schecter he began experiencing vision problems which led to more significant problems and he was finally diagnosed with renal failure.

"It sounded really bleak," Schecter said. "I didn't really know him; I didn't see him as much as I did her, but I thought it was weird that kidney failure would come up on somebody so fast."

The 46-year-old father was confronted with the reality of being on a dialysis for the rest of his life or receiving a kidney transplant.

After learning about Jones's condition, Schecter said she felt God calling her to help him, despite trying to talk herself out of it.

"I know this sounds weird, because I'm not the type of person who hears the voice of God, but I just felt called to give him my kidney," Schecter told The Dallas Morning News. "I did not want to; it was not on my list of things to do. So, I just kept thinking that someone else would give him a kidney, and that it would work out...But I was the person to do it," she said.

Schecter, 57, spoke with her family about having the procedure, "secretly hoping" that they would talk her out of it, but they actually encouraged her. Her kidney turned out to be a match.

"In a way, why wouldn't I be - since God put it on my heart, why would it not be the perfect match then?" Schecter said. "But there was a part of me that was hoping it wouldn't be a match, so I could get credit for doing something good, but not actually have to go through with it."

In November 2019, Schecter found out she was a match, so the surgery was scheduled for January 13.

Schecter said she started to feel anxious about the operation until church members began to pray for her, easing her anxiety and filling her heart with Psalm 118:24:

This is the day that the Lord has made; let us rejoice and be glad in it.

The three-hour procedure was a success for the donor and recipient.

Jones and Schecter reunited after the surgery, sharing an emotional hug and words of encouragement.

"There's something bold for you to do. God will give it to you," she told him. "You've got a good kidney now. Just go forward and do what you need to do."

Schecter admits that she was fearful and questioned what God was calling her to do.