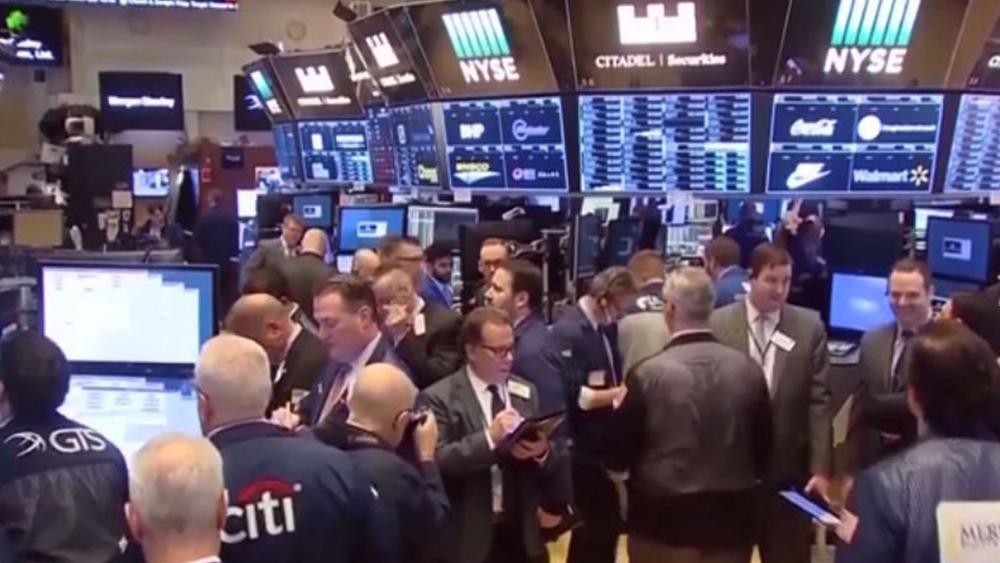 Stocks slumped again on Wall Street Tuesday, driving the S&P 500 down 3%, piling on losses a day after the market's biggest drop in two years as fears spread that the growing coronavirus COVID-19 outbreak will put the brakes on the global economy.

Nervous investors snapped up low-risk US government bonds, sending the yield on the 10-year Treasury note to a record low.

The virus has now infected more than 80,000 people globally, with more cases being reported in Europe and the Middle East. The latest cases have raised fears that the virus could spread further.

The shockwave through the markets began after health officials warned Americans to prepare for an outbreak in the US, calling the spread of the coronavirus inevitable.

A top Centers for Disease Control and Prevention official on Tuesday said it's not a question of if -- but when.

Dr. Nancy Messonnier, M.D., director of the National Center for Immunization and Respiratory Diseases told journalists and lawmakers, "It's not a question of if this will happen but when this will happen and how many people in this country will have severe illnesses."

Around the world, the number of cases is spreading so fast that scientists fear it could turn into a global pandemic that cannot be stopped.

The World Health Organization (WHO) is not ready to declare it a pandemic just yet but others say we are close and the world should be prepared.

"WHO and others don't like to use the word 'pandemic', but by the classical definition, we're really teetering very, very close," said Dr. Anthony Fauci, director of the National Institute of Allergy and Infectious Diseases.

A four-star resort in the Canary Islands is in lockdown following news that an Italian doctor at the hotel tested positive for the coronavirus.

More than 1,000 guests staying at the Adeje Palace Hotel are prevented from leaving the compound. Video showed tourists peering out of their balconies while others walked around the hotel grounds.

The infected guest is from the same north Italian town which has registered most of Italy's 283 cases. He's in isolation at a nearby clinic on the island.

Switzerland, Austria, and Croatia have become the latest European countries to report its first case of the coronavirus. A 70-year-old man from Switzerland's southern canton (state) of Ticino, which borders Italy, tested positive after returning from a trip to Milan, the head of the Swiss Federal Office for Public Health said.

The man is being isolated at a clinic in Lugano while authorities try to trace anyone he had contact with, Pascal Strupler said. It is the first case in Switzerland, but Strupler said it was likely the country would see more in the future.

The Croatia patient also visited the same region in Italy that saw a sudden spike in cases over the last 48 hours.

Meanwhile, President Trump announced a $2.5 billion request in funding from Congress to fight the virus.

"Two and a half billion dollars were putting in," Trump said. "I see that Chuck Schumer criticized it, it should be more and if I gave more he would say less."

House Speaker Nancy Pelosi called the request "long overdue," claiming it is "completely inadequate to the scale of this emergency."

The White House says the funding is for vaccines, treatment, and protective equipment.