Trump Kicks Off Daytona 500: 'No Matter Who Wins, God, Family and Country Matter Most' 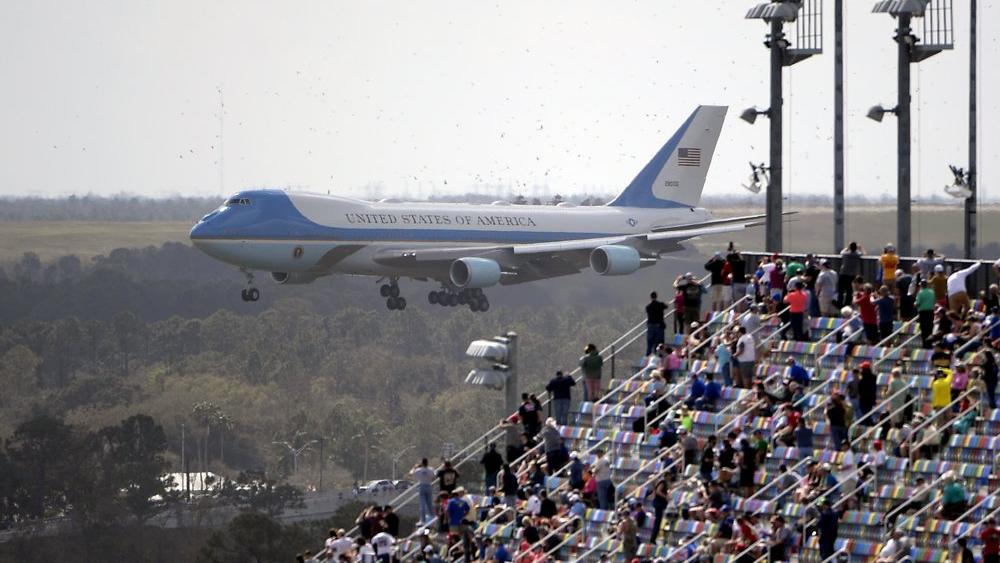 President Donald Trump arrived at the Daytona 500 on Sunday afternoon to welcome fans and serve as grand marshal.

The president was greeted by enthusiastic fans with Trump 2020 flags flooding the infield and loud cheering as he arrived with his full motorcade on the speedway, driving about a quarter of a lap before pulling aside, The Hill reports.

Both entrances were broadcast on giant video boards around the super speedway.

The president thanked the "tens of thousands of patriots" gathered at speedway for the race, which he called "pure American glory."

"NASCAR fans never forget that no matter who wins the race, what matters most is God, family, country," he said. "Rubber will burn, fans will scream and the great American race will begin.”

The president started the race, shouting, "Gentlemen start your engines!"

Getting ready to go to the Daytona 500. Will be GREAT!

Trump is only the second president to attend the Daytona 500, behind President George W. Bush who issued the famous command in 2004.