'What Belief Can Do': One Man's Powerful Story of Overcoming Life's Overwhelming Obstacles 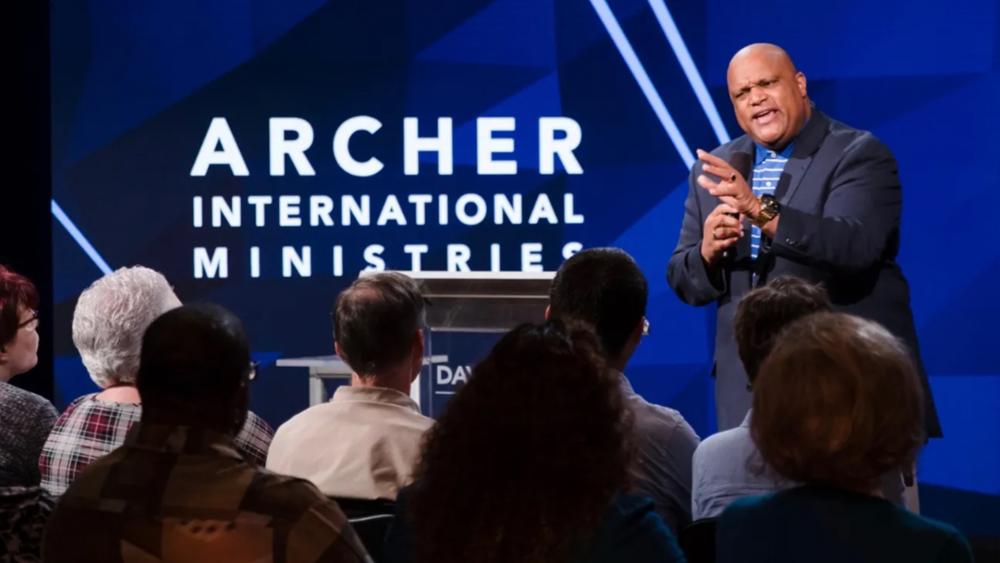 'What Belief Can Do': One Man's Powerful Story of Overcoming Life's Overwhelming Obstacles

How is it that some people born into terrible circumstances can overcome them, while others cannot?

Ron Archer is a speaker in high demand by Fortune 500 companies and churches around the country. He tells his story of overcoming a difficult childhood.

Ron was a "trick baby" – born to a 17-year-old prostitute whose pimp had tried multiple times to abort her unborn child.

Born premature and with multiple health challenges, Ron survived infancy only to be sexually abused as a young child and bullied by classmates for his severe stutter.

Ron says he was able to overcome his rough start in life because he had people in his life who mentored him, prayed for him, and believed in him.

"The importance of having people who care about you and give you hope and possibility – a teacher, a widowed neighbor, and a pastor," Ron said. "Those three people touched my heart, my hands, my habits to believe that if God be for me, who can be against me? And I began to believe that the Word of God can change your life if you're willing to have grit and grace. And you have a responsibility to apply the principles of what you believe, and those beliefs become a reality."

"I don't know where you started in life," he went on, "if you can believe what God says about you, that 'in this world you will have tribulation, but be of good cheer, I have overcome the world,'" he said, you can overcome life's obstacles.

One of Ron's mentors, a woman named Mrs. Spears, brought him to church. Ron memorized 2,000 scriptures as a child, and as a result, developed a photographic memory that helped him to accel in school.

Click on the box above to see Gordon Robertson's interview with Ron Archer on Friday's 700 Club.

Ron's stutter was so severe that the other kids at school bullied him because of it. But Mrs. Spears helped him overcome his stutter.

"She said, 'God uses greatly those who have been wounded very deeply,'" Ron recalled. A devout Christian, Mrs. Spears didn't preach the Gospel to Ron. Instead, "she wanted to connect with my pain, so she loved me," Ron said. "She gave me hope and something to believe in."

The pastor of the church Mrs. Spears brought him to also poured into Ron's life, and by age 16, Ron had overcome his stutter and reluctance to speak in public and was preaching the message at the mid-week service.

Ron tells his personal story – and shares how anyone can overcome life's obstacles – in a new book, What Belief Can Do: How God Turned My Pain into Power and Tragedy into Triumph – and How He Can Do the Same For You.