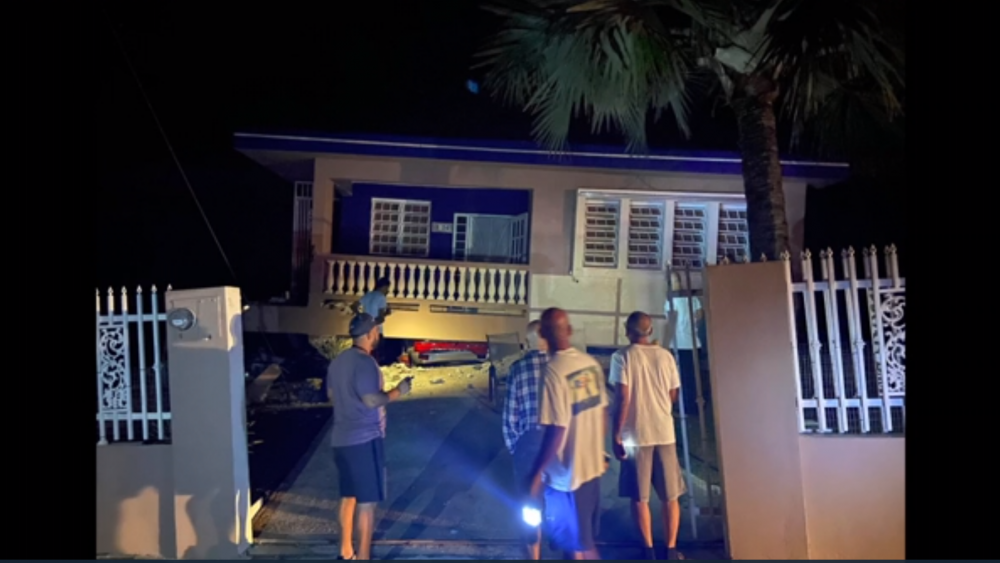 Nerves are still rattled in Puerto Rico after two major earthquakes in as many days.

The latest occurred Tuesday morning when a 6.4 magnitude quake rocked the island.  At least one person is dead, but there could be more as collapsed buildings and homes are searched.

"I can hear cracks through my house. Everything started falling over," one person said.

Most of the island is still without power as officials shut down the island's vulnerable power grid.

The governor has called the National Guard into action.

This earthquake came just a day after another 5.8 magnitude earthquake in which homes and buildings knocked off their foundations,
power lines were downed and a famous landmark, the Punta Venta rock formation was destroyed.

Both quakes are part of a ten-day outbreak of tremors spawned by the grinding of plates along three fault lines beneath the southern part of the island territory.

Seismologists say it's impossible to predict when the quakes will stop or whether they will get stronger.

President Trump has been briefed on the situation. The administration released a statement Tuesday saying FEMA is working with the governor of Puerto Rico and will continue to monitor the effects and lend support.