'Pray for Their Loved Ones': Severe Storms Strike Southern US Killing 12, Destruction from TX to SC 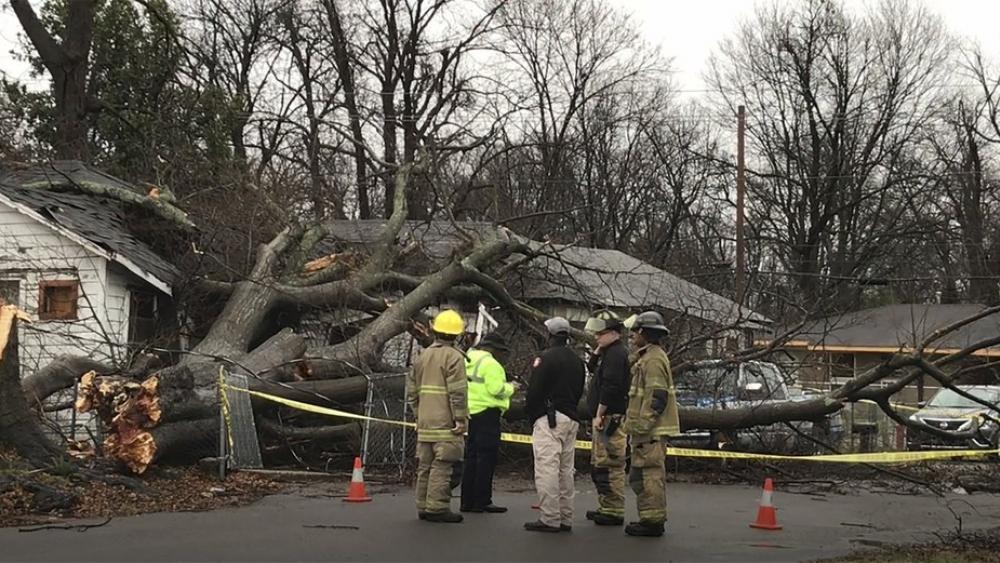 Storms are blamed for a number of deaths, as high winds, tornadoes and unrelenting rain battered a large area of the South. (Faith Alford/WABG via AP)

A series of tornadoes swept through the south killing at least 12 people this weekend, leaving a trail of damage from Texas to South Carolina.

In Columbia, SC, school buses slammed into each other from the wind, and near Shreveport, LA, the roof was ripped off from Benton Middle School.

A teacher at the school wrote on Facebook, "I'm praising the Lord that we were all at home when this happened. Please pray for my students. This classroom was like a second home to all of us."

Also, a tornado with winds up to 134 mph took the lives of three residents in Pickens County, AL on Saturday.

Gut wrenching destruction out of #PickensCounty #Alabama after a #tornado tore through this afternoon near the city of Carrollton. This is why storm shelters are the best option. A mobile home stood NO chance in that path. Site built homes obliterated. #ALwx #LSMwx pic.twitter.com/TnxwdiwIiA

Alabama Gov. Kay Ivey said in a statement, "My thoughts and prayers are with the victims of Saturday's severe weather. Alabama has lost three of her citizens as a result of the serious round of storms to move through Pickens County yesterday."

"We will stand together while we grieve the loss of three of our fellow Alabamians and continue to pray for their loved ones. May God bless them and the great state of Alabama."

Two first responders were killed and another was critically injured in Lubbock, Texas, Saturday morning. The victims were hit by a vehicle while working at the scene of a storm-related traffic accident.

Police Officer Nicholas Reyna, 27, died at the scene and Firefighter Lt. David Hill, 39, was taken to a local hospital where he later died.

The Lubbock Fire Department posted on Facebook that Firefighter Matthew Dawson, 30, remains hospitalized and in serious but stable condition.

The Houston Police Department tweeted to pray for the families of the fallen first responders.

Please pray for the families of fallen @LubbockPolice Officer Nicholas Reyna & @LubbockFire Lt. Eric Hill. They were killed and Firefighter Matt Dawson critically injured this morning while at the scene of multiple traffic crashes.

Residents were advised to bring outdoor objects and furniture inside to reduce the risk of flying debris that could cause serious harm.

"Trampolines are very easy to loft into the air during high winds," said Matt Hemingway, a meteorologist at the National Weather Service in Shreveport, Louisiana. "Anything outside that could be blown around could become a projectile."

Meanwhile, weather on the East Coast reached record-high temperatures for this time of year.

In Boston, residents hung up their mittens and coats to soak up the sun outdoors as the temperature reached 72 degrees on Sunday.

The warm weather spread across other parts of New England. Connecticut saw record-breaking warmth with temperatures well into the 60s.

And New Yorkers strolled through Central Park where the unusual warmth peaked at 68 degrees.

Now temperatures in some areas are expected to plunge by more than 30 degrees. 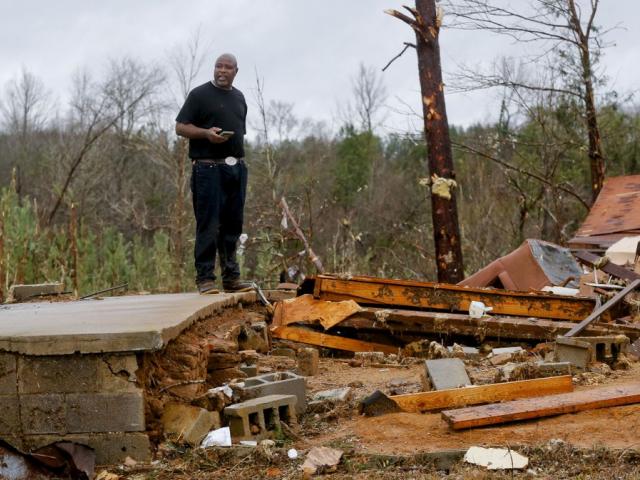 Storms Sweep Southern US, Midwest as Death Toll Rises to 11 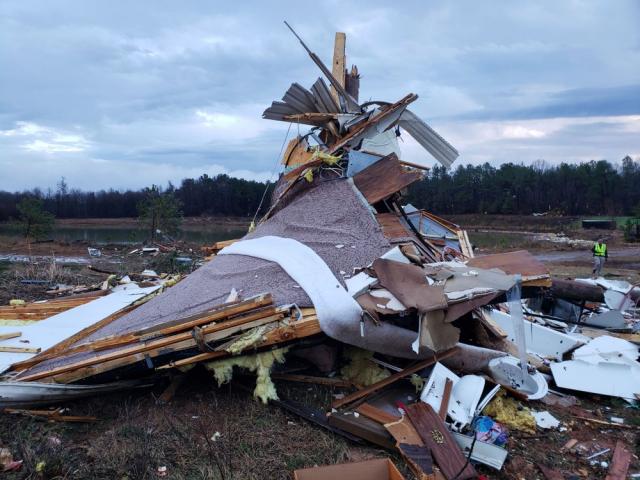