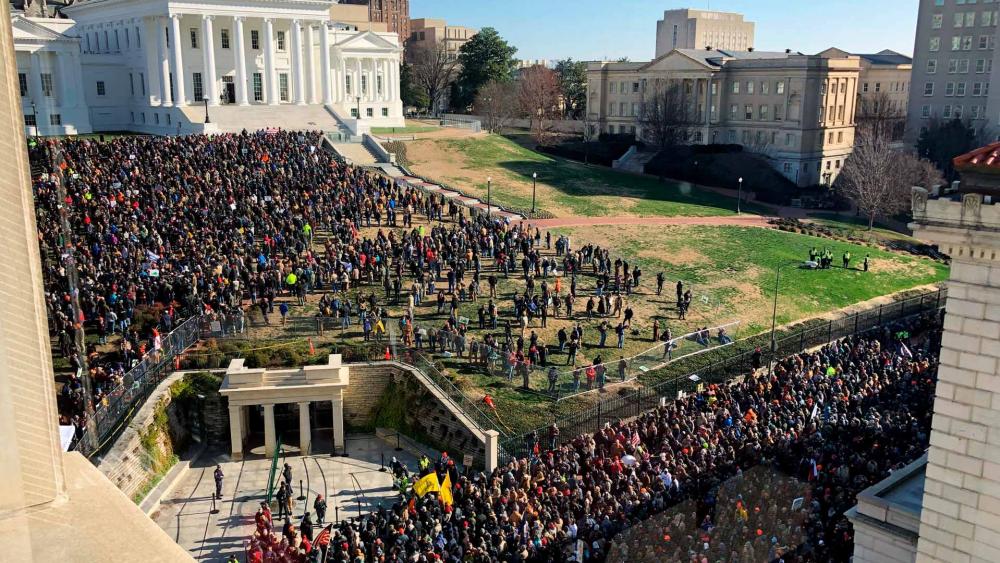 Demonstrators are seen during a pro-gun rally, Monday, Jan. 20, 2020, in Richmond, Va. (AP Photo/Sarah Rankin)
6125086843001
VA Pro-Gun Rally Attended by Thousands Ends Peacefully, Some Say Politicians Will Hear from Them Again in November

RICHMOND, Va. -  Thousands descended on the Virginia State Capitol Monday for an annual gun rights rally. But despite credible threats of violence, the event went off without any trouble.

Those who were at Richmond's Capitol Square were very serious about their gun rights.  Some recanting the familiar refrain "Give me liberty or give me death." Others saying if the government wants to take their weapons away from them, they can come and get them.

Many of the gun rights activists who flooded downtown Richmond chose not to go on to Virginia capitol grounds because of a weapons ban following threats of potential violence. They wanted to freely and lawfully carry their guns, so they did so on the periphery.

Those who took part in the rally inside Capitol Square had to go through metal detectors and strict security to make sure no guns made it in.

Some say the sacrifice of temporarily surrendering their weapons was worth it to send a message while standing in front of the Virginia statehouse.

"Governor Northam, don't poke the bear and he has and the bear is here today," Walter Drew told CBN News.

The crowd is galvanized by the specter of gun rights legislation that they call unconstitutional and was sponsored by a Democrat-controlled state house and senate.

"You're not going to prevent drunk drivers by punishing sober drivers and ultimately that's what Richmond is trying to do," said Taylor Bigley.

Democrats say the legislation is about safety, not take people's guns.

"Give me liberty or give me death. You know safety is not my goal, I want to be free," said Vicky Drew.

"Guns are in our veins in this country. You can't just snatch them from us and think that we're not going to be offended or do something about it," noted Devin Perkin

Whether Monday's rally will make a difference will be determined in the weeks and months to come. But some here say they know how to make a tangible difference in the near future, and that's at the ballot box in November. 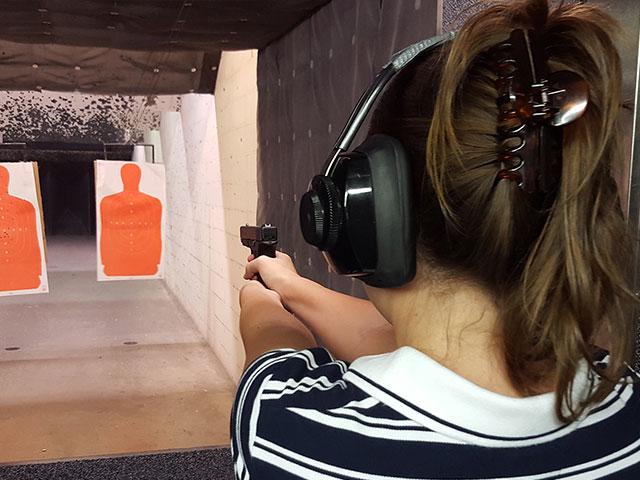