VP Pence Honors MLK in Memphis: 'Dr. King Knew, Where the Spirit of the Lord Is, There Is Freedom' 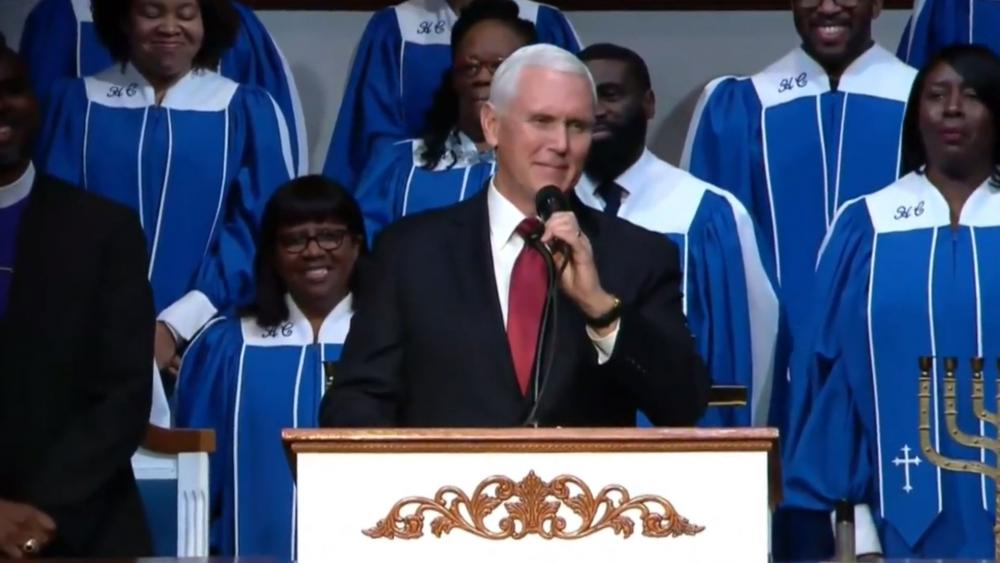 Today marks Martin Luther King Jr. Day and Vice President Mike Pence traveled to Tennessee on Sunday to honor the memory of Rev. King who was shot and killed on April 4th,1968.

Pence arrived in Memphis shortly after 9:00 a.m. where he was greeted by a group of supporters. He was taken to several locations that are central to Dr. King's legacy.

WHBQ-TV reports that his first stop was a tour of the National Civil Rights Museum (NCRM) which was led by Director of Interpretation, Collections, and Education, Dr. Noelle Trent.

Next, Pence was taken to the Sit In room where he sat with Dr. Trent at a lunch counter and learned about the courageous young men and women who fought for basic human rights.

It was my great honor to visit the National Civil Rights Museum and see the very balcony where Dr. Martin Luther King Jr. fell. America will always remember Dr. King’s great courage and sacrifice as he fearlessly led the civil rights movement. pic.twitter.com/cXD2e8JnCv

As Dr. King's "I Have a Dream" speech echoed in the background, Pence stepped into another exhibit, the March on Washington room.

It was during that 1963 demonstration that Dr. King delivered his "Give us the Ballot" speech.

Pence was also taken to the Lorraine Motel where King was fatally shot while standing on a balcony.

"Standing there I could not help but think of what King David said on the death of Abner, 'Do you not know that a prince and a great man has fallen this day in Israel.' Dr. Martin Luther King Jr. was a great man."

When the tour ended, Pence was taken to the Holy City Church of God where he spoke about King's faith and how he "challenged the conscience of a nation to live up to our highest ideals by speaking to our common foundation of faith."

"Frankly, to be in Memphis on this occasion, a city where Martin Luther King Jr. spent his last days is deeply humbling to me."

"Dr. King knew, where the Spirit of the Lord is, there is freedom," Pence added.

Thank you Holy City Church of God in Christ for the warm welcome as we celebrate the 32nd anniversary of your founding and the life of a great man, Rev. Dr. Martin Luther King Jr. pic.twitter.com/j1PvK12hVd

Pence said he came to Memphis "to pay a debt of honor and respect to a man who from walking the dirt roads of the Deep South to speaking to hundreds of thousands on the steps of the Lincoln Memorial, touched the hearts of the American people and led the civil rights movement to triumph over Jim Crow."

"He touched the hearts of millions of Americans and his words continue to inspire through this day," he said.