AG William Barr: Black Americans Not Treated Right by Some Police, but Black Lives Matter Group Is Not the Answer 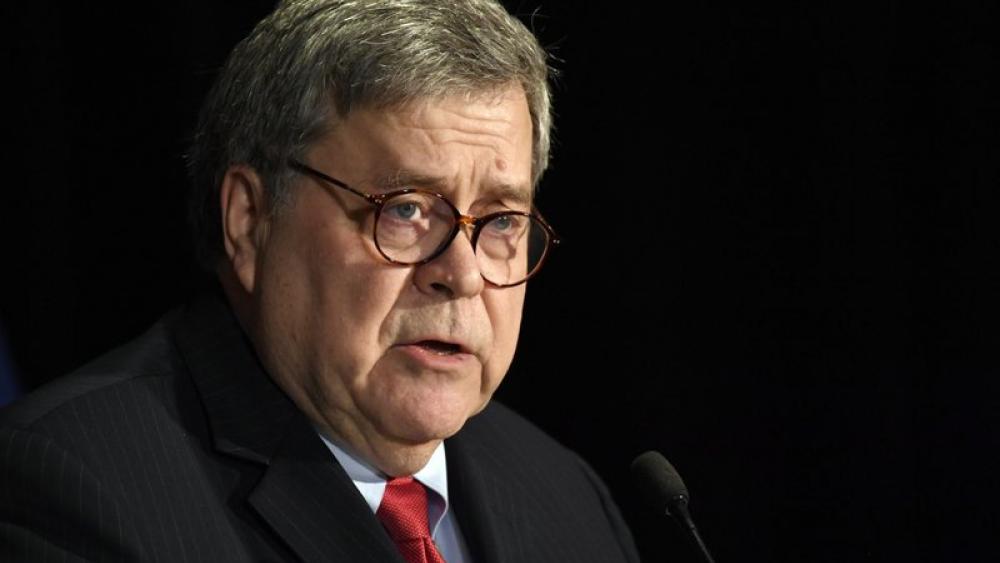 The attorney general made his remarks in an exclusive interview with ABC News released on Thursday. "I do think it is a widespread phenomenon that African American males, in particular, are treated with extra suspicion and maybe not given the benefit of the doubt," Barr said.

"I think it is wrong if people are not respected appropriately and given their due," he explained, "and I think it's something we have to address."

The attorney general said he believes something clearly needs to be done about it, but he doesn't think defunding the police is the solution.

Asked whether there is "value in defunding the police," Barr replied: "No, because I don't think the money should come out of the police."

"We have to think about more investment in the police," he told ABC. "So one of the things we've been talking about is trying to direct some of the Health and Human Services money and grant programs and sync it up with law enforcement spending so we can enable the departments to have co-responders. That is, social workers and mental health experts who can go on certain kinds of calls to help."

Protests and riots have rocked the US since late May after the high-profile killings of unarmed African Americans, including George Floyd in Minneapolis.

Barr said he hopes Floyd's death "is a catalyst for the kinds of changes that are needed."

"Before the George Floyd incident, I thought we were in a good place," he admitted. "I think that this episode in Minneapolis showed that we still have some work to do in addressing the distrust that exists in the African American community toward law enforcement."

READ  The Shocking Truth About the 'Marxists' Behind Black Lives Matter Organization: 'No Forgiveness, No Reconciliation'

The attorney general also said the solution should be broad, saying it should be about more than "physical safety".

"It's not just protecting life. It's black lives matter in ensuring that African Americans fully participate in the benefits of this society and their lives flourish," Barr continued. "It goes beyond just physical safety. It goes to getting a good education, it goes to having economic opportunities."

He said the BLM protesters are missing an important point – the violence in the local black communities.

"I also think (the phrase) is being used now – it is distorting the debate to some extent because it is used really to refer almost exclusively to black lives that are lost to police misconduct," Barr said. "Then you compare it to 8,000 homicides in the African American community – those are black lives that matter, too. And those are lives that are protected by the police."

Scott, who joined Barr on Wednesday in South Carolina to meet with law enforcement officials, told ABC News he is hopeful that senators can come together to create a bipartisan measure.