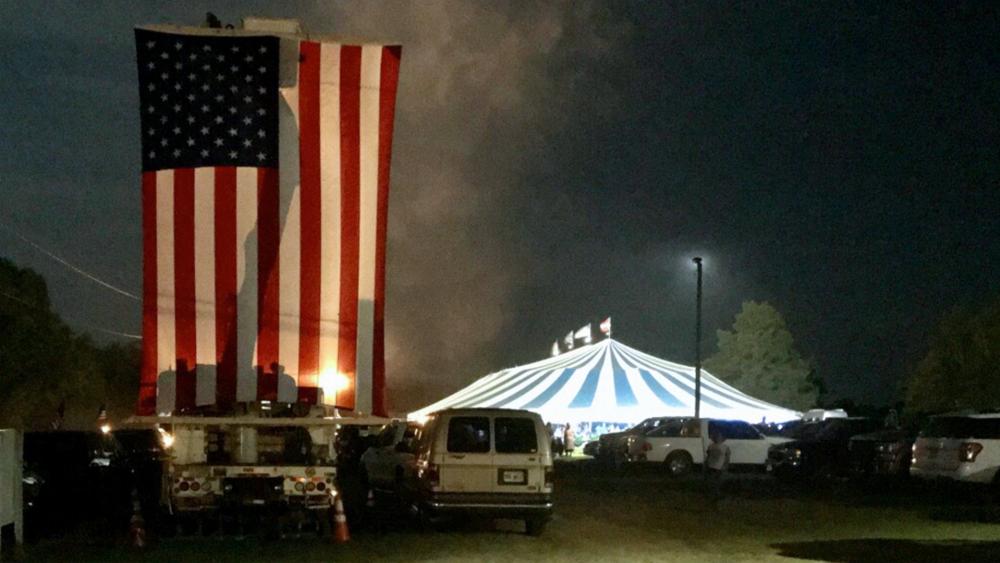 ABOVE:  Evangelist D.R. Harrison appeared on the Friday afternoon edition of CBN's Newswatch to talk about how this is a perfect time for God to move people's hearts. Newswatch is seen weekdays on the CBN News Channel.

God is on the move in central Georgia. For several weeks now, thousands of people have been gathering in the small town of Roberta, located about a half-hour southwest of Macon, for the "Central Georgia Awakening" revival.

The revival is now in its seventh week, with plans for the eighth to begin on Monday. However, the idea for the revival surfaced much earlier.

"It started back at the beginning of the year. Pastor Chet Cooper of the Crossroad Bible Church invited us down to preach a meeting back in the first of the year, and God just moved mightily, and souls began to be saved," Evangelist D.R. Harrison of Voice of Hope Evangelistic Ministries told CBN News. 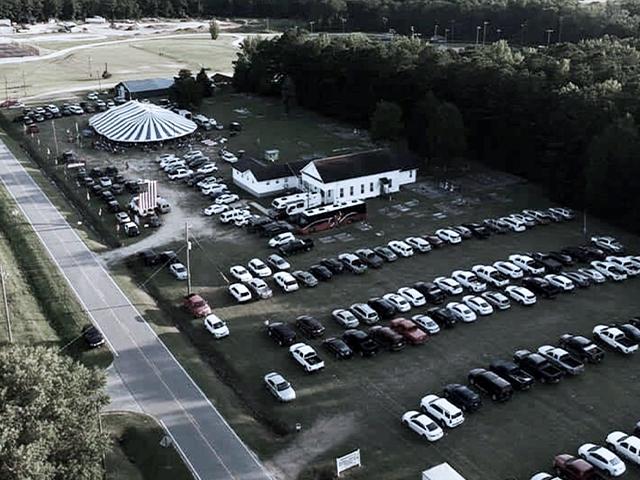 "And Brother Chet at the end of the meeting said, 'Brother D.R., would you pray about bringing the big Gospel tent to central Georgia?'" Harrison continued. "And I said, 'Absolutely.'"

"And COVID started hitting strong, and we just began to pray and seek God's face," Harrison said. "And one thing led to another, and businessmen and the community started gathering around it."

"And on June 1, we had the first service, and God has just moved in an unbelievable way," he emphasized.

Harrison said more than 250 people have accepted Jesus Christ as their Lord and Savior under the tent.

"We're talking about alcoholics, drug addicts," Harrison shared. "One man was 79 years old that walked the aisle. An 83-year-old woman got born again."

"People are getting saved, and God is just moving in unbelievable ways," he continued. "It's just unbelievable to see what God's doing."

Harrison also said families are being put back together, and marriages are being restored. 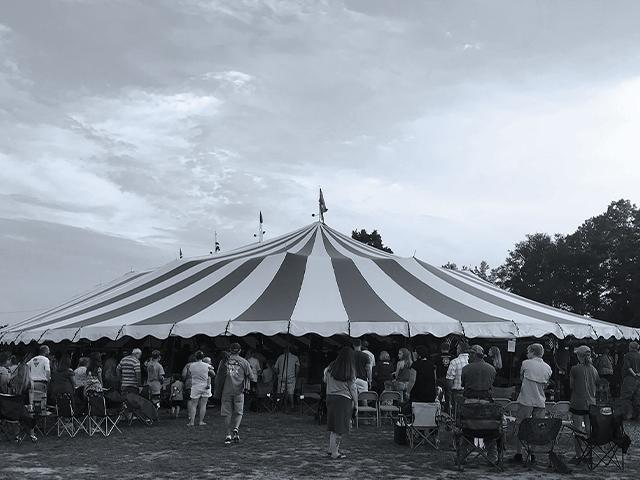 Because of the pandemic, the evangelist told CBN News that CDC guidelines like social distancing are in place.

"Whenever I agreed to bring the tent, Gov. Kemp from Georgia – he allowed us to have the tent with 20 percent capacity," Harrison explained. "Our tent seats over 1,500 people; so we only allow 300 people under the tent, and then people sitting outside the tent."

"But to be honest with you there's been nights where there's been so many people coming and going – it's just been unbelievable," he continued.

Harrison said the rows are six feet apart, and sanitation stations are set up throughout the tent. In addition, he said they have masks available for those who want to wear them.

The evangelist told CBN News that the revival services are being attended by people from all over the US and watched online by people from all 50 states and more than 15 countries around the world. He said salvations are taking place through the Internet.

"In the midst of the chaos; in the midst of all of the stuff going on, God is still alive; He's still on the throne, and revival is still possible," Harrison said emphatically.

He wrote in an email that so far, 150 churches have united in seeking "the face of God for an awakening."

"Every revival that's ever taken place in history, has always come – and even in the Word of God – has always come when things were at its worst," he shared. "And we can all agree America is in desperate need today, and it is a perfect time for God to send a mighty awakening – a Great Awakening."

"It's a perfect time for God to send His power and to get glory and to cause His people to turn back to Him and to repent of their sin," Harrison continued, getting emotional. 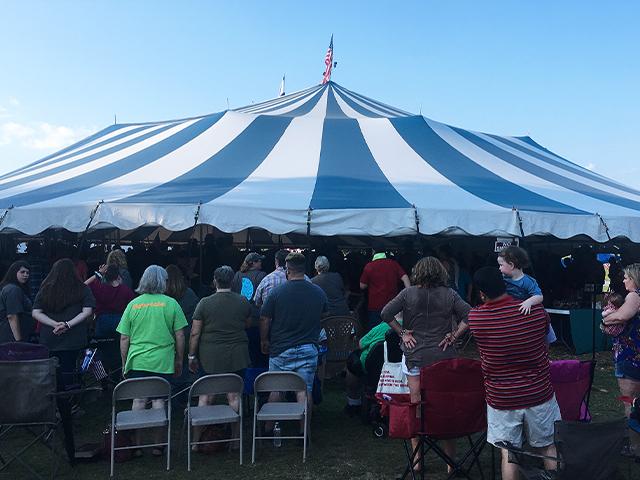 "And to show this world that there's not hope in the Republican, a Democrat, the government, a vaccine or anything like that," he said. "The hope today is still the Lord Jesus Christ; He is the answer for all of our problems."

If you want to take part, the tent is located at 106 Hortman Mill Road in Roberta. Services are also being live-streamed at 7:00 pm Eastern, Monday through Friday on the Voice of Hope Evangelistic Ministries Facebook page.