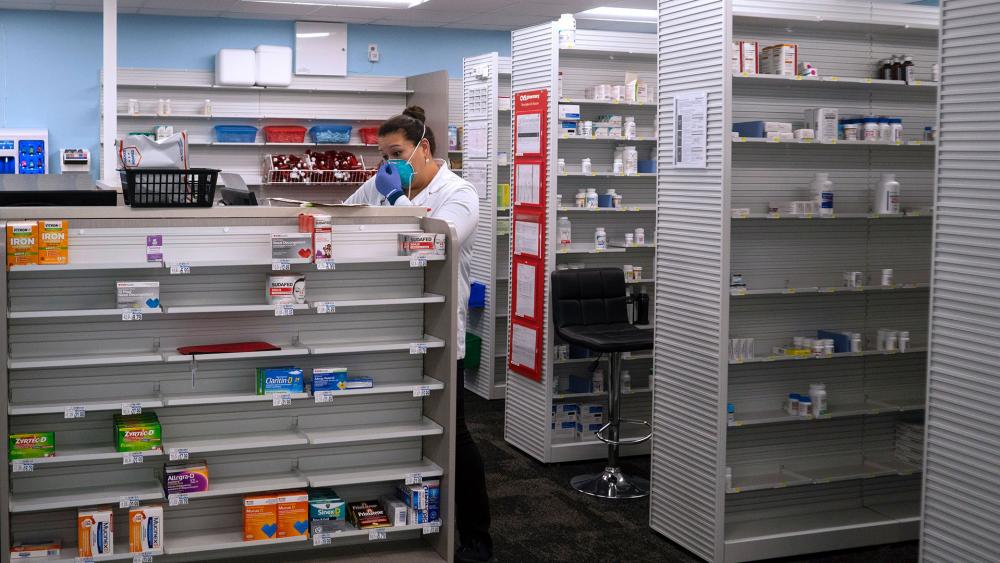 As the number of deaths from COVID-19 rises, the debate over the effectiveness of the anti-malaria drug hydroxychloroquine has also persisted.

In an op-ed published by Newsweek, Yale Epidemiology Professor Dr. Harvey Risch wrote that hydroxychloroquine is "highly effective, especially when given in combination with the antibiotics azithromycin or doxycycline and the nutritional supplement zinc."

Risch said the drug works against the virus when taken early before it multiplies throughout the body. He said some physicians who prescribed hydroxychloroquine to patients are now being scrutinized for their actions.

But the Yale professor contends that these determined doctors were working in the best interest of their patients.

"Physicians who have been using these medications in the face of widespread skepticism have been truly heroic," he wrote. "They have done what the science shows is best for their patients, often at great personal risk.

“I myself know of two doctors who have saved the lives of hundreds of patients with these medications but are now fighting state medical boards to save their licenses and reputations. The cases against them are completely without scientific merit," Risch added.

Hydroxychloroquine was praised by President Trump early on in the pandemic, despite warnings from some public health officials that the drug's effectiveness against COVID-19 was questionable.

CBN News previously reported that a new study revealed the drug was actually helping patients survive COVID-19. In fact, the study from the Henry Ford Health System in Michigan said the drug "significantly" cut the death rate of patients.

"Treatment with hydroxychloroquine cut the death rate significantly in sick patients hospitalized with COVID-19 – and without heart-related side-effects," the health organization reported.

Risch pointed out real-life examples of how the drug has worked. He wrote that the number of COVID-19 related deaths in the northern Brazil state of Pará had rapidly increased a few months ago. The public hospital network bought 75,000 doses of azithromycin and 90,000 doses of hydroxychloroquine on April 6.

"Even though new cases continued to occur, on May 22 the death rate started to plummet and is now about one-eighth what it was at the peak," Risch wrote.

He said a similar instance occurred- in reverse- in Switzerland in May after the Swiss national government prohibited outpatient use of hydroxychloroquine for COVID-19.

"Around June 10, COVID-19 deaths increased four-fold and remained elevated," Risch explained. "On June 11, the Swiss government revoked the ban, and on June 23 the death rate reverted to what it had been beforehand.

Thousands 'Are Dying Unnecessarily' Due to a 'Propaganda War'

Risch said the drug is disregarded by some doctors and has become the victim of a "propaganda war."

"As a result, tens of thousands of patients with COVID-19 are dying unnecessarily," Risch said.

"It's a political drug now, not a medical drug," Risch said. "I think we are basically fighting a propaganda war against the medical facts, and that colors not just population people, how they think about it, but doctors, as well. There are many doctors that I've gotten hostile remarks from, saying that all the evidence is bad for it and, in fact, that is not true at all."

He also noted the problems with the concerns raised by the Food and Drug Administration (FDA) over the risk of patients having an irregular heartbeat while taking hydroxychloroquine.

Risch pointed out that what the FDA doesn't mention is that this side effect occurred when patients used hydroxychloroquine for long periods of time, often for the treatment of arthritis and lupus.

"In the future, I believe this misbegotten episode regarding hydroxychloroquine will be studied by sociologists of medicine as a classic example of how extra-scientific factors overrode clear-cut medical evidence. For the sake of high-risk patients, for the sake of our parents and grandparents, for the sake of the unemployed, for our economy and for our polity, especially those disproportionally affected, we must start treating immediately,"  Risch concluded.