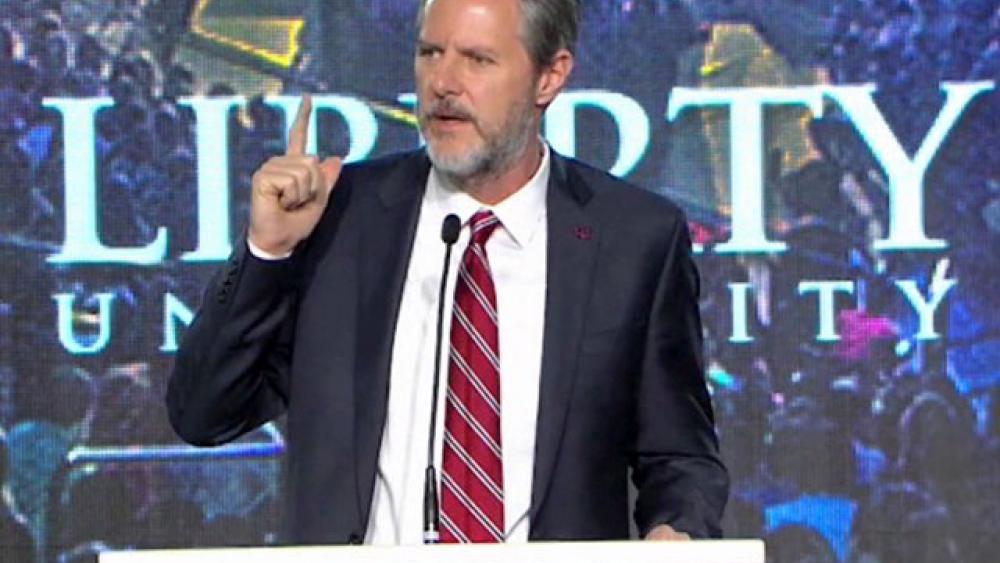 Liberty University announced this week it has filed a defamation lawsuit against The New York Times, alleging the newspaper published factually inaccurate information about the spread of COVID-19 on the Lynchburg, Virginia, campus.

The evangelical Christian university is accusing the Times of publishing a “clickbait” story about a supposed outbreak of the novel coronavirus on the college campus. The headline of the March 29 article in question read, “Liberty University Brings Back Its Students, and Coronavirus Fears, Too.” In the article, it’s reported around a dozen students “were sick with symptoms that suggested Covid-19” when the school reopened.

“There was never an on-campus student diagnosed with COVID-19,” the suit states.

Today @LibertyU sued @nytimes because they came to our campus from actual virus hotspots and made up completely false claims about COVID-19 cases at Liberty.

In fact we finished the school year without a single reported case of COVID-19 on campus.

During an interview with Fox News’ Sean Hannity, Liberty President Jerry Falwell, Jr., mocked the Times reporters, saying, “Not only are they a bigoted bunch of liars, and also a BuzzFeed-type clickbait publication now, but they’re also stupid, because they came on campus.”

“We had 25, at least, ‘no trespassing’ signs everywhere,” he continued. “And they were dumb enough to take pictures of the signs and publish them. So we got warrants out for their arrest and they had to cut a deal with a local prosecutor to keep from going to jail. That’s how dumb they are.”

The lawsuit filed this week, which Falwell previewed in April, also alleges the Times misrepresented a doctor quoted in its report, failing to speak to a physician on staff at Liberty.

“I think they got their information from a doctor who has a practice 10 miles away form Liberty, who had seen a few Liberty kids who had a cold and upper respiratory problem,” explained Falwell. “He told the reporters to go and talk to our on-campus doctor at our clinic on campus, and they wouldn’t do it. They didn’t talk to us.”

The college executive said the school “tried to get them [the Times] to correct all the false headlines,” but they “wouldn’t do it.”

“They actually doubled down and lied some more,” Falwell continued. “And so we had no choice. They left us with no choice but to defend our reputation because it scared parents.”

FAITHWIRE  John Crist Breaks Silence After Sexual Misconduct Claims: ‘The Biggest Hypocrite in All of This Was Me’

The lawsuit alleges the Times sent a writer to Lynchburg “to engineer a specific fictional tale that portrayed Liberty and its president as a caricature the New York Times’ liberal audience would love: backward, irresponsible, anti-science, responsible for getting people sick in a pandemic, and closely tied to and mirroring President [Donald] Trump.”

For his part, Falwell said the left-leaning newspaper “target us because the university is a conservative and Christian institution.”

The Liberty president and his wife, Becki, spoke with WSET-TV this week about the defamation suit. Becki said the “damage” done by the allegedly untrue reporting “was horrible.”

“We were trending, everyone thought Jerry was murdering his students,” she said.

Falwell later added he is taking the Times to court, noting, “They picked on the wrong conservative, because we are one of the few conservative organizations that have the resources to fight them.”

On Thursday morning, Ari Isaacman Bevacqua, a spokesperson for the Times, told The Hill the outlet is “confident” its stories “accurately portrayed the reopening of Liberty University and the public health concerns that the reopening raised.”